"All I ever wanted to do was entertain." - Stephan Bonnar

It was the most important fight in the history of the UFC, the one that saved the company and pushed it to the point where it is now celebrating its 20th anniversary this weekend. But for one of the participants, it took a little while for everything to sink in with everyone around him.

“I knew it was a big hit,” recalled Stephan Bonnar of the Ultimate Fighter season one final with Forrest Griffin. “But I remember I had a viewing party for the fight after I got back home at the bar, and they were honoring me and it was my party, but they charged me a cover charge to get in.”

That was 2005. Eight years later, Bonnar is retired, a UFC Hall of Famer, and one of mixed martial arts’ most popular figures. It’s almost like a perfect plan came to fruition for the Munster, Indiana native. But it was far from that.

Are You Not Entertained?

“I had no intention of fighting,” said Bonnar of his MMA origins. “It was more like ‘hey, can I give this a try, can I compete in this four man tournament in my hometown, the Ironheart Crown, and not get my ass kicked in front of my family and friends who are watching me?’ That was great motivation to make me train my ass off for six months, I won those fights and took it from there. But it was a complete accident. I never intended to become an athlete.” > Watch: Griffin vs. Bonnar I

But he was one, a Brazilian Jiu-Jitsu black belt and a two-time Golden Gloves winner who parlayed his talent into a mixed martial arts career that began with that Ironheart Crown tournament win in November of 2001. Bonnar’s career never was about talent though; it was about grit, determination, and a will to win second to none.

“All I ever wanted to do was entertain,” he said, and he did just that. Whether he won or lost, more often than not you were talking about his fight at work or school on the following Monday, and that was certainly the case after one of his defining wins, a 2010 stoppage of Krzysztof Soszysnki in their UFC 116 rematch that saw him stand defiantly in the middle of the Octagon after the bout ended, bloodied but unbowed.

“It was the perfect finish,” he said. “How could I ask for anything more? Everything I said in the interviews, like the bloodier I get, the better I fight, I stood by all of my words. I got busted up, I got hit by heavy shots and I had to get seven different sets of stitches after that fight. And after the first round I was a little discouraged. I knew I fought a good round, and I’m sitting there a bloody mess, I’m cut all over, and I’m thinking ‘I might have lost that round.’ And that kind of pissed me off and lit a fire under my ass. And when I beat him, I was all busted up, but it felt so good to be busted up at that moment.”

For Bonnar, it was moments like these that will always stand out to him, and it’s what fight fans will take away, like his pre-fight tribute to one of his heroes, boxing legend Aaron Pryor, before he fought Eric Schafer at UFC 77 in Pryor’s hometown of Cincinnati.

“The guys I idolized were Bruce Lee, Arnold Schwarzenegger, and Aaron “The Hawk” Pryor,” said Bonnar. “Just the way he (Pryor) got in there and fought, it was on. You could knock the guy down, and the referee would have to be trying to hold him down to give him his eight count. (Laughs) And right when he lets him go, Pryor would just go in and destroy people. It was great.”

And sometimes in the fight game, as with 2013 boxing Hall of Famer Arturo Gatti, the end result isn’t always as important as the journey it took to get to that result.

“There are really good moments,” he said. “And that’s how fights go. Even the fight with Anderson (Silva), I was convinced it was my destiny to give him this great fight, and sometimes the exact opposite happens. But sometimes they go just like you thought they would. That’s how the fight with Forrest was. I had this feeling that we were gonna beat the hell out of each other and it went exactly 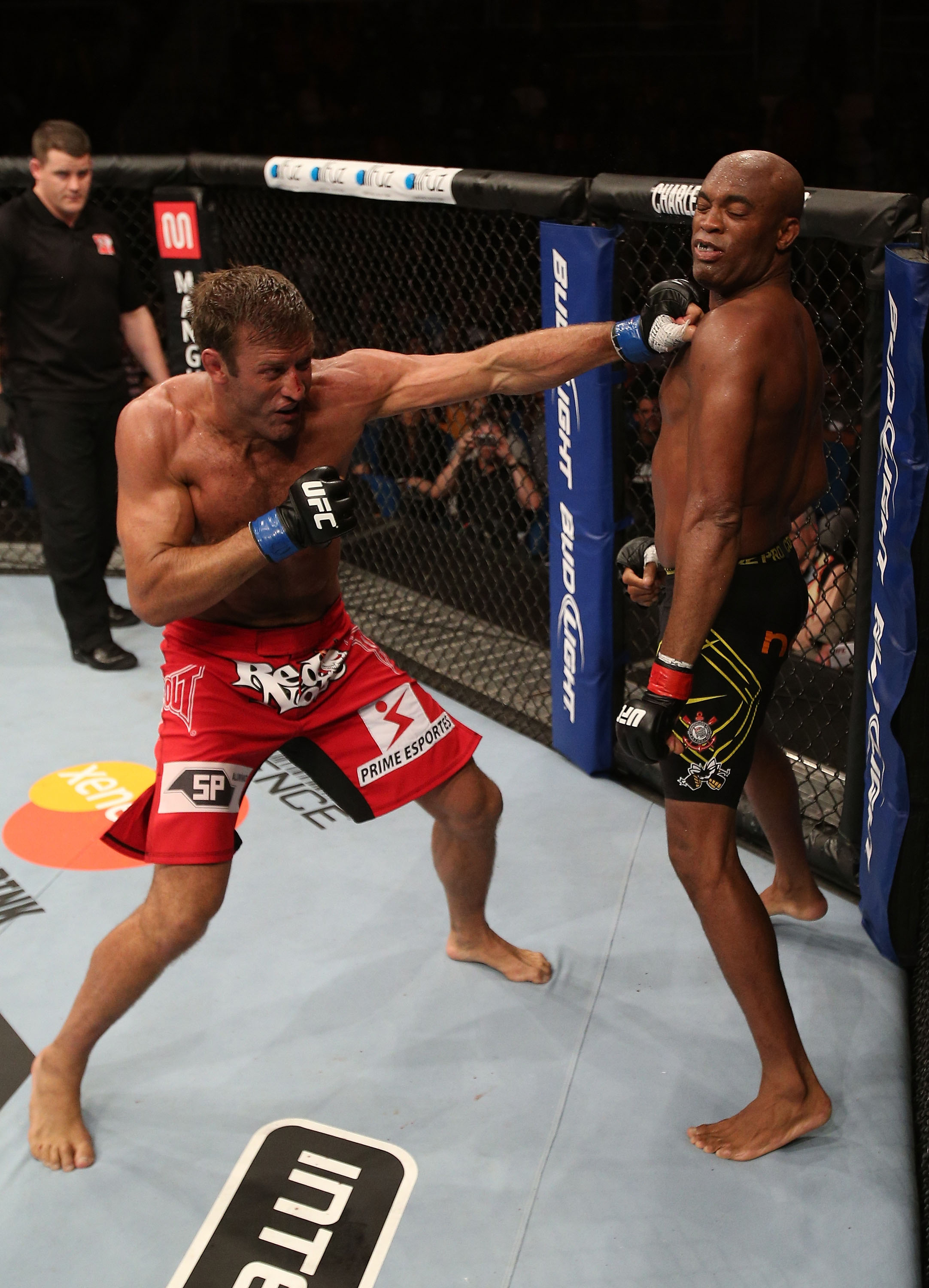 how I thought. The Krzysztof fight the same thing. It’s great when it goes how you think it will.”

Earlier this year, Bonnar and Griffin were inducted into the UFC Hall of Fame, and it was appropriate that the two went in together. > Watch: Bonnar's Hall of Fame induction speech

“It’s a big wow moment and something I’m proud of, and then immediately you try not to go online because everyone’s not approving of it and they hold it against you like it was your decision,” said Bonnar, 36, who retired with a 17-8 pro record. “And it’s simple; it’s that moment in history. The Ultimate Fighter is a big part of the history of the UFC, and that’s why I’m in the Hall of Fame, because of that. The people who are upset about it, think about it like that.”

People shouldn’t be upset about it. Instead, they should look at the fights and the moments. That’s what makes a fighter who he is. And even though Bonnar claims to be an unlikely prizefighter, one thing he always knew is that the UFC was going to be big.

“It feels good to be a part of history, but to me, by the time I got there, the UFC was the coolest, most badass sport ever,” he said. “When I first got the VHS tapes, that was it. I’d bring those tapes to parties and make everyone watch it. So when I got there, I finally got to get in there and show those people what fighting’s all about. And it took a little while to catch on, but it just grew and grew and it never stopped.”