UFC 199 might go down as one of the greatest events of all-time, and it was capped off by Michael Bisping's 10-year journey to finally capture UFC gold, as he knocked out Luke Rockhold in the first round of the main event from Inglewood, Calif.

Bisping walked into the fight as a massive underdog, and it was an understandable position considering he fell to Rockhold in 2014 while also accepting the rematch on two weeks’ notice. 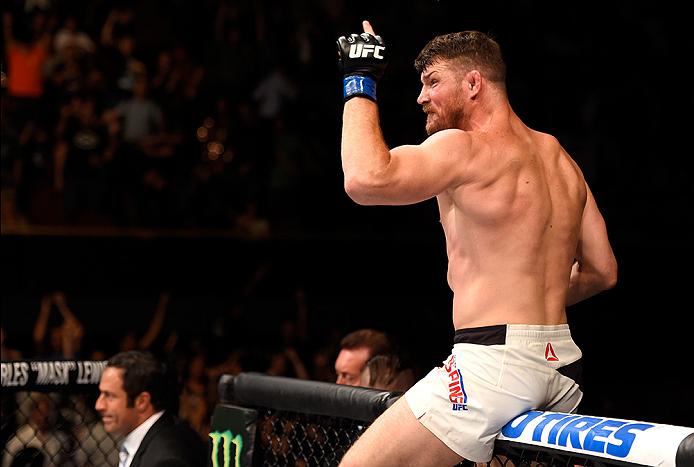 Still, Bisping didn't care about the odds, because he went after Rockhold from the moment the referee said “go,” and less than five minutes later he was standing tall with the middleweight title wrapped around his waist.

Fantasy players didn't give Bisping a great shot on Saturday night, with only 18 percent picking him to win, but those who had faith in the Brit came away big in the overall competition. Out of those 18 percent of players who picked Bisping to win, 51 percent called it by knockout and he got the job done with a vicious first-round finish to put Rockhold away.

Dominick Cruz had no intention of ending his night with an upset loss after 73 percent of players picked him to win and another 80 percent said he'd get the victory by decision. Cruz loves to prove people right, and he did exactly what he set out to do as he outclassed Urijah Faber for five rounds en route to a lopsided victory.

Max Holloway was another massive favorite going into Saturday night, with 87 percent of players picking him to win and 57 percent saying he'd go to decision. Both of those picks were also correct, as the Hawaiian downed Ricardo Lamas after three rounds to win his ninth consecutive fight.

Dustin Poirier was another huge favorite, with 87 percent of players picking him to beat Bobby Green, but a whopping 53 percent thought the fight would go do decision. Poirier proved everybody wrong after finishing Green with a flurry of strikes in the first round to collect his fourth straight win. 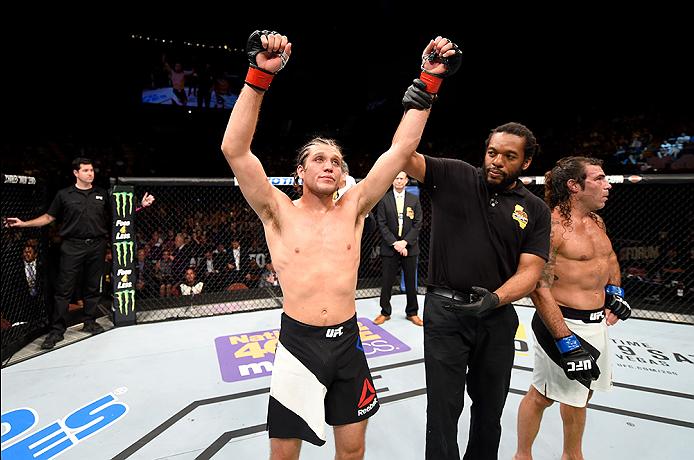 Other favorites who got the job done on Saturday night included Brian Ortega, who had 66 percent of players picking him to win over Clay Guida, although he had a very close fight through two rounds on Saturday night. Ortega pulled out the win with a vicious knee strike in the third round to put Guida away as he stays undefeated in his UFC career.

Beneil Dariush was another heavy pick by fantasy players, with 70 percent selecting him to win over James Vick, although 62 percent said he'd earn a decision. Instead, Dariush got the win after a crushing left hand put Vick down and out in the first round.

For all the favorites who won at UFC 199, there were also a fair share of upsets.

Dan Henderson pulled off a huge win over Hector Lombard with a second-round knockout after only 32 percent of players picked him to come away victorious. Thankfully, 75 percent of those players had faith enough in Henderson to know that he still has plenty of power and they picked him to win by knockout.

Jessica Andrade also got an upset win after 42 percent of players picked her to beat Jessica Penne in her debut at 115 pounds. Alex Caceres was another huge upset pick after only 36 percent of fantasy players picked him to beat Cole Miller, but after accepting the fight on two weeks’ notice, the former Ultimate Fighter competitor pulled out the victory.

The biggest upset of the night came on the early prelims, as UFC newcomer Henrique da Silva finished Jonathan Wilson by TKO after only 15 percent of players selected him in the competition. Out of those 15 percent, another 48 percent said he'd win by decision. It looks like da Silva will have plenty of fantasy players paying attention to him the next time he competes inside the Octagon.