Coming off a big year in 2015, and judging by the buzz around this Saturday’s UFC 196 event, particularly the bad blood clash between main eventers Conor McGregor and Nate Diaz, indications are that the UFC may be “Unstoppable” at the moment, making the title of the promotion’s latest seasonal campaign an apt one.

Friday afternoon at the MGM Grand Garden Arena, before the UFC 196 fighters stepped on the scale, UFC President Dana White and a Who’s Who of the promotion’s roster were in attendance to announce a host of events, as well as officially bring the rest of the schedule from April to June under the "Unstoppable" banner. 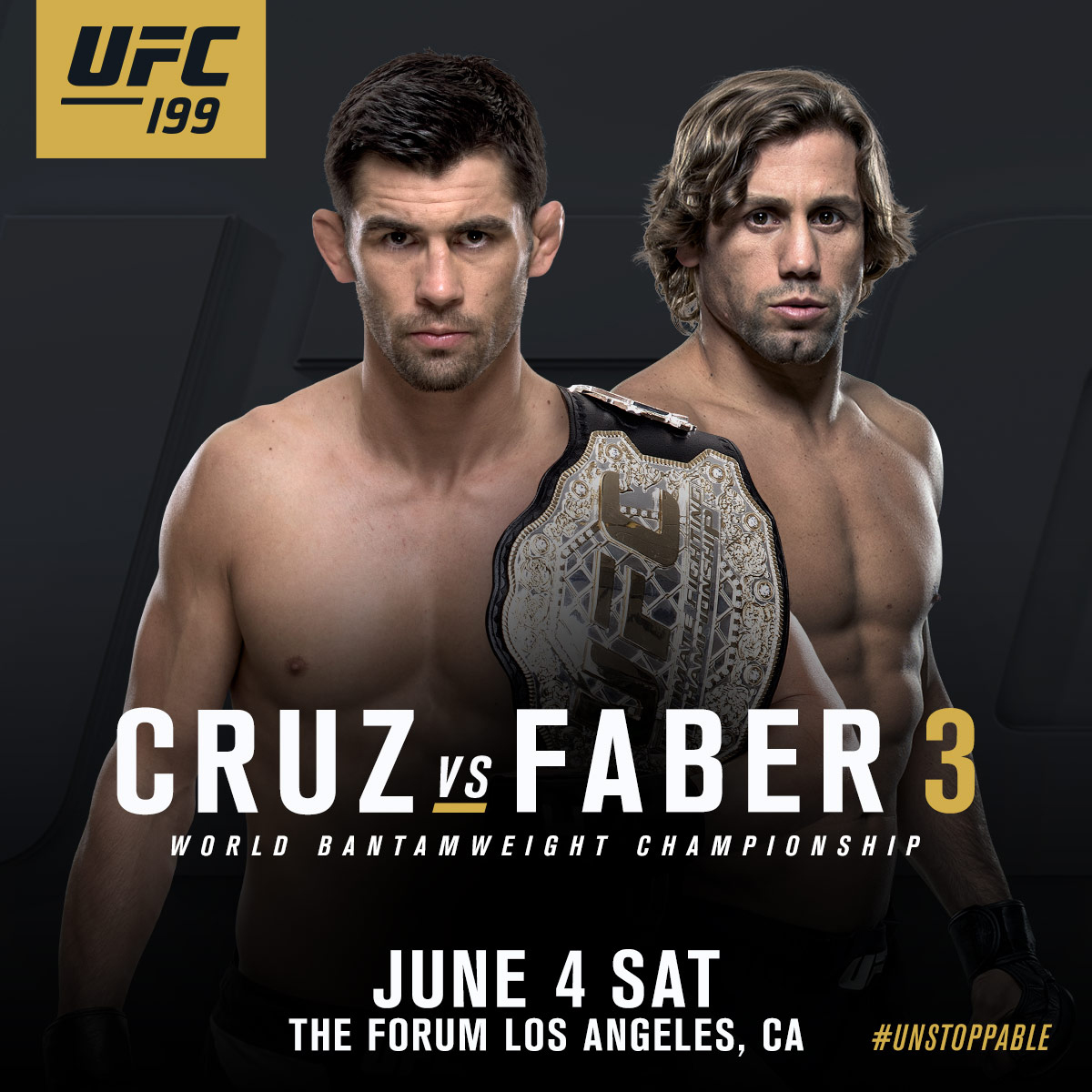 Also in attendance were the upcoming coaches on season 23 of The Ultimate Fighter, UFC strawweight champion Joanna Jedrzejczyk and number one contender Claudia Gadelha, who will meet in a rematch on July 8 in Las Vegas, the night before UFC 200.

And while there were plenty of chippy exchanges between the ladies, as well as between Rockhold-Weidman and Cruz-Faber, most of the attention Friday was on UFC light heavyweight champion Cormier and Jones, who paid little mind to his former champion status, as he brought his championship belt to the event.

“It shows that he thinks that there are no repercussions for his actions,” Cormier said. “There is no changing that man.”

Jones was stripped of his belt due to legal issues stemming from a hit and run accident in Albuquerque, New Mexico. Cormier, who lost to Jones in January of 2015, stepped into the fray and won the vacant title by beating Anthony Johnson. After a successful defense against Alexander Gustafsson, he meets Jones again, and there is plenty of acrimony between the two.

“I don’t agree with the entitled attitude he puts on,” Cormier said.

“We are all on different journeys,” said Jones. “This last situation brought me to my knees. This was rock bottom. He (Cormier) wants me to sit here with my head low…I’m on a mission to preach to the world that you can get back on your feet if you believe in yourself, and beating DC is part of that.”

Cormier wasn’t buying it, and the two proceeded to trade unpleasantries. When asked about this, Jones just smiled.

The bad blood between the bantamweights and strawweights on the stage was no surprise, with Cruz and Faber getting reacquainted for a rubber match in June, and Jedrzejczyk and Gadelha preparing for their rematch (and even having to get separated by White during their face off) after six weeks together during TUF taping. But the surprise grudge match may be between Rockhold and Weidman, who were largely respectful to each other in the lead-up to their first bout. But after Rockhold dethroned Weidman, the gloves are off.

“The belt’s staying on the west coast,” Rockhold said. “Chris is gonna be my Anderson Silva.”

The reference to Rockhold beating Weidman twice, the way the New Yorker defeated the Brazilian icon a pair of times, irked the former champion.

“He has my belt, and I’m blessed to have the chance to get it back,” Weidman said. “I can’t wait to go in there and ground his ass.” 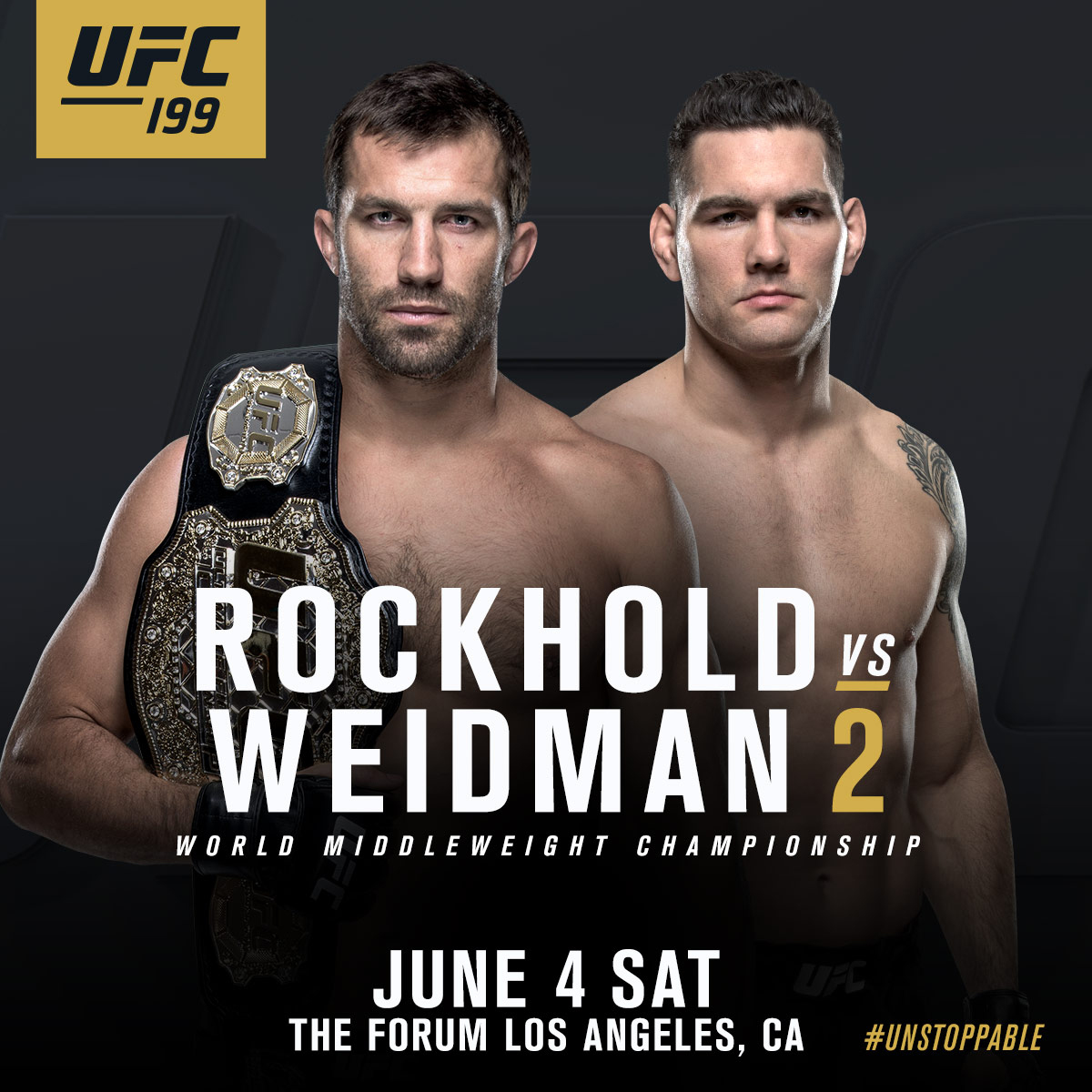 This spring, he gets his chance, as does Jones, and as the New Yorkers stared down AKA teammates Rockhold and Cormier, Weidman made a statement aimed at both of the Californians.

“This is New York,” he said. “Jon Jones and Chris Weidman, we’re taking over.”