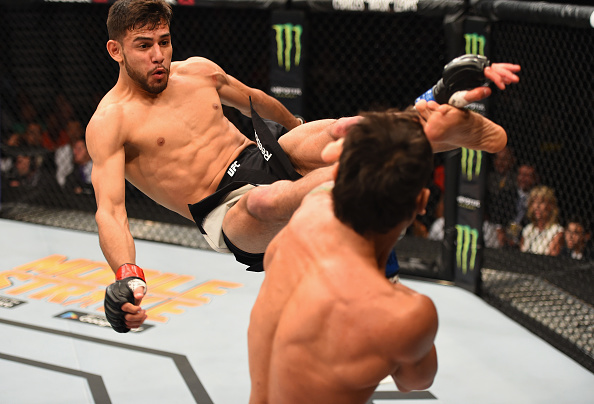 Fight Of The Night: Dominique Steele vs Danny Roberts

• The three-round war between Roberts and Steele, which Roberts won, saw a bit of “rock-em, sock-em,” a bit of mat work and a whole lot of action to win Fight of the Night honors.

• Rodriguez’ jaw-dropping roundhouse kick to Andre Fili’s head in the second round of their contest not only won him the fight, but also helped him pick up one of the performance bonuses.

• All four fighters earn $50k for their efforts tonight