Take a closer look at UFC 193 in this edition of By The Numbers. 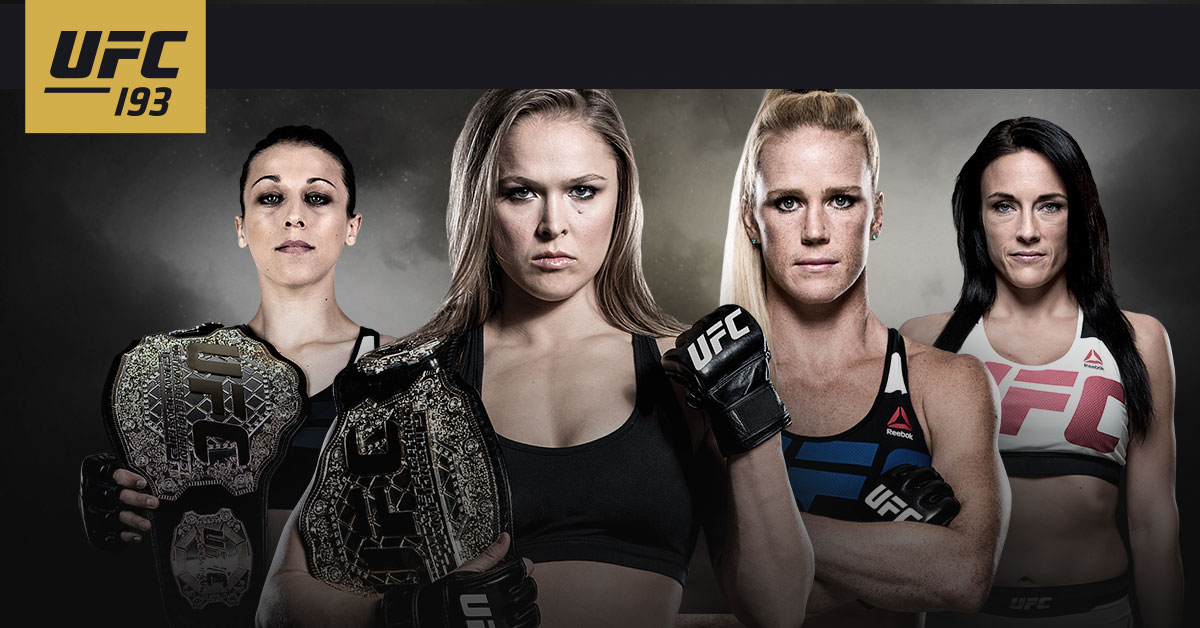 14
Seconds it took for Rousey to secure her signature armbar over Cat Zingano at UFC 184, fastest finish of any kind in a UFC title fight

16
Seconds it took for Rousey to score a KO of Alexis Davis at UFC 175, tied with Frank Shamrock for 3rd fastest finish in a UFC title fight

7
Armbar finishes by Rowdy in UFC and Strikeforce competition, tied with Antonio Rodrigo Nogueira for the most armbar submissions in UFC/Strikeforce/Pride/WEC combined history

72.2
Takedown accuracy by Rousey in UFC and Strikeforce competition, UFC average is 39.5%

6
KO/TKOs by Holm as an MMA pro

83.3
Percentage of The Preacher’s Daughter’s striking stoppages stem from kicks

4
UFC wins and 0 losses by Jedrzejczyk

50
Percentage of those wins by Jedrzejczyk are striking stoppages, both having the UFC women’s strawweight title on the line

126
Significant strikes landed by Jedrzejczyk in her 3rd round TKO of Jessica Penne in her first successful title defense at UFC Fight Night: Jedrzejczyk vs. Penne

87
Takedown defense percentage by Trouble inside the Octagon, defending 7 of 8 attempts