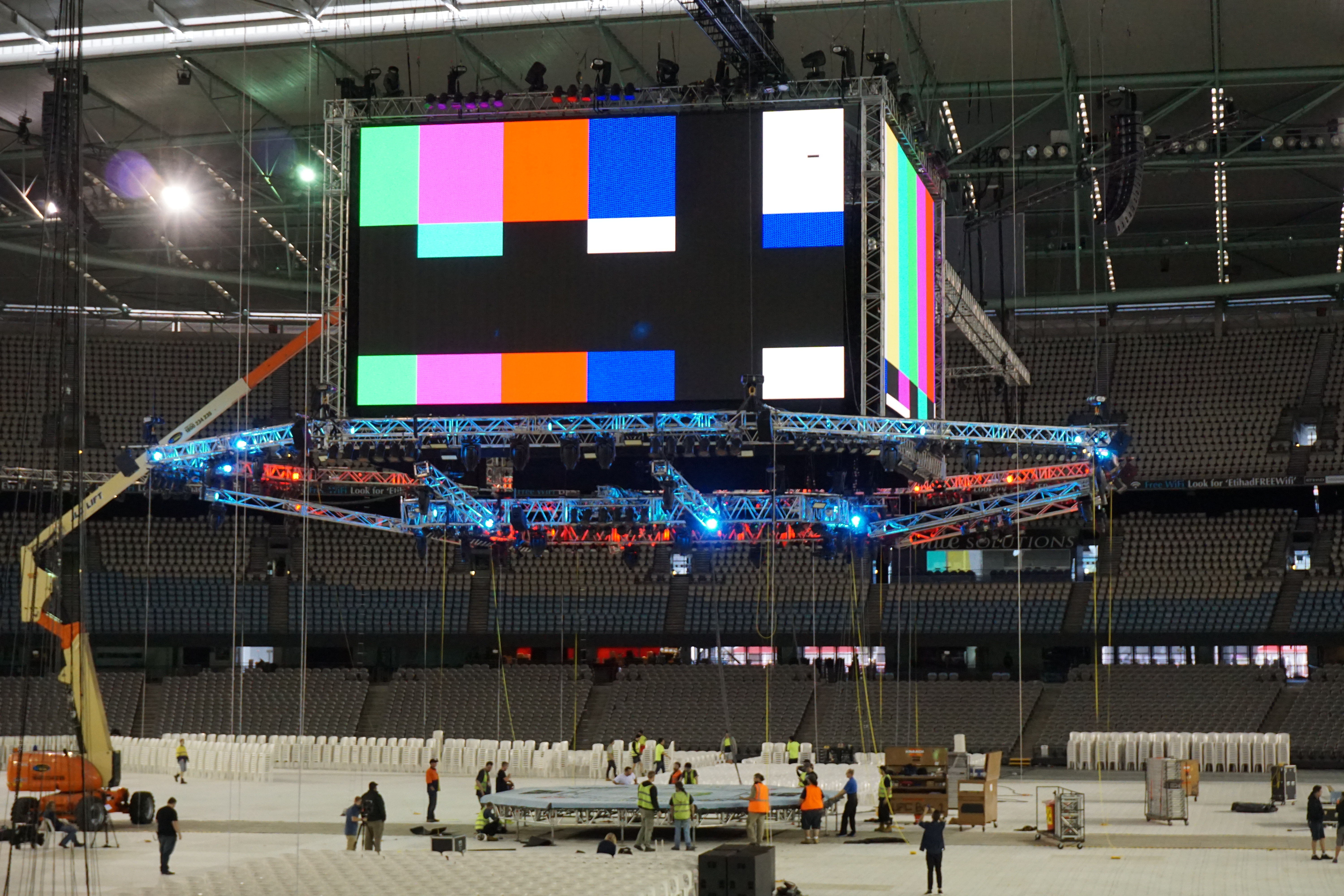 The UFC’s first event at massive Etihad Stadium in Melbourne already has been a record setter, requiring some of the largest volumes of production equipment and engineering in the company’s history to set up UFC 193 for a worldwide audience.

Considering 75 rigging points for equipment is typical for most UFC events, the heaviest weight load ever at Etihad Stadium will be something to see, in addition to the stacked fight card.

Seven trucks were required to bring in the 939 lights that will blaze at Etihad, and five cargo shipping containers from Los Angeles helped transport the speaker cases and cabinets.

O’Toole said outfitting Etihad Stadium has required four trips from Las Vegas to Melbourne, as well as 22 trucks locally to haul equipment starting Nov. 9, and more than 435 local workers to get the venue ready.

Here’s a look at some of the production numbers for UFC 193:

- 7 trucks for all of the lighting

- 2 Corner LED screens to match the screens already in venue