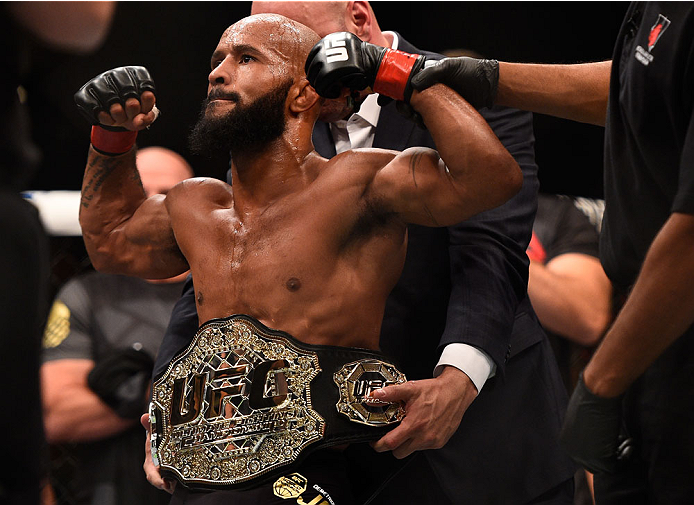 The latest UFC rankings are out - and it looks like Paige VanZant and Demetrious Johnson are the biggest winners to emerge from UFC 191.

Johnson, the UFC flyweight champion, defeated John Dodson for his seventh consecutive succesful defense of his crown. As a result, he maintains the top spot in his division and moves up one position to second overall in the pound-for-pound rankings above middleweight champion Chris Weidman but still behind featherweight champion Jose Aldo in the rankings released Monday, Sept. 7.

Aldo and Weidman's next fights are on Saturday, Dec. 12, as they top the UFC 194 fight card in the main and co-main events respectively.

VanZant, who defeated Alex Chambers on Saturday night, moved up in the women's strawweight rankings - leapfrogging Randa Markos to sixth-overall with champion Joanna Jedrzejczyk on top of the charts.

Light heavyweight Corey Anderson also bore the fruits from his victory, moving into the charts to 15th in the division after being unranked before the card, after his win over Jan Blachowicz.

Other main card winners - Andrei Arlovski (4th in heavyweight rankings behind champ Fabricio Werdum) and Anthony Johnson (1st in light heavyweight division behind champ Daniel Cormier) - stayed in the same spots they were before the event.

Rankings were generated by a voting panel made up of media members. The media members were asked to vote for who they feel are the top fighters in the UFC by weight-class and pound-for-pound. A fighter is only eligible to be voted on if they are in active status in the UFC. A fighter can appear in more than one weight division at a time. The champion and interim champion are considered to be in the top positions of their respective divisions and therefore are not eligible for voting by weight-class. However, the champions can be voted on for the pound-for-pound rankings. Rankings will be updated approximately 36 hours after each event.