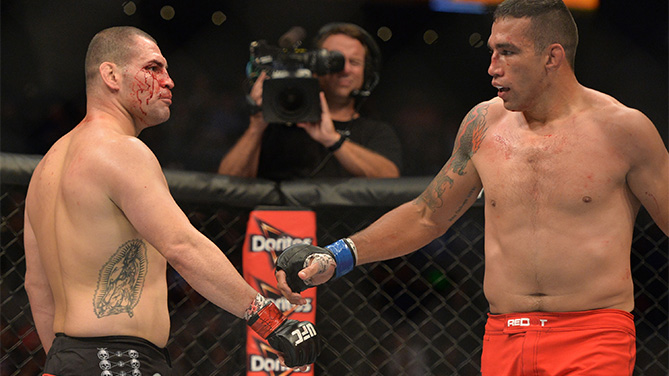 Was it the altitude? The long layoff? A superior opponent?

It’s difficult to really know what happened to Cain Velasquez at UFC 188 Saturday night in Mexico City, but it might have been a combination of all of those.

One day after Fabricio Werdum transformed his UFC interim heavyweight title into the undisputed crown, we’re left to sort out the results of a main event that seemed more about the deposed champion than about the new king of the division.
> Order UFC 188 Replay

1. Velasquez, fighting for the first time in 20 months as a result of injuries, conceded he might have been affected by Mexico City’s altitude (7,382 feet in elevation), although he graciously credited Werdum with being the better fighter. But it’s worth noting that while Werdum said he spent 40 days training in the thin air, Velasquez was there a mere two weeks.
> MORE CONTENT: Dana White UFC 188 Recap | Fabricio Werdum Backstage Interview 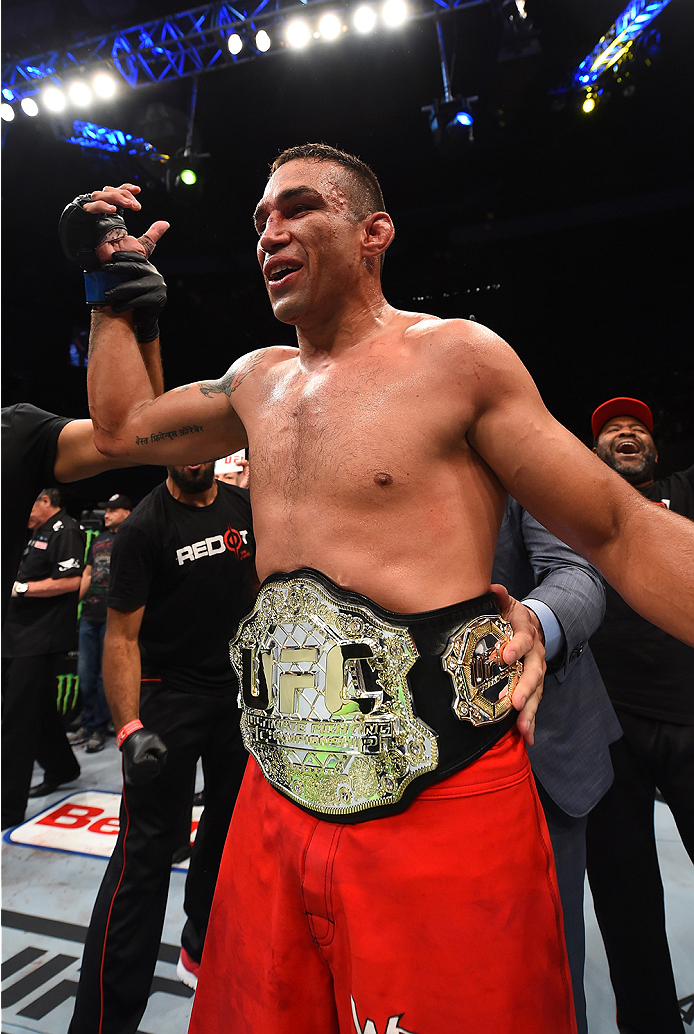 Did it make a difference? Probably. By the second round, Velasquez (13-2) was gasping for air and was visibly slow. Werdum, conversely, continued to throw power punches with authority, each of them taking a toll on the defending champion.

But Velasquez was tough and unyielding. In typical fashion, he pushed forward and piled up a high volume of strikes in the opening round. As time wore on, however, he wore down. And when the third round began, he didn’t seem to have much left.

In fact, his attempt to take down Werdum in the third backfired badly. As he charged in for a double-leg takedown, Werdum quickly applied a guillotine choke and Velasquez was forced to tap out at the 2:13 mark.

UFC president Dana White praised Werdum’s plan to train at higher elevation and advised others to do the same when Mexico City is back on the schedule. In all, it’s not as if the fight wasn’t highly appealing. It was.

As White said, the first two rounds were “two of the sickest heavyweight rounds you’ll ever see in this altitude.” 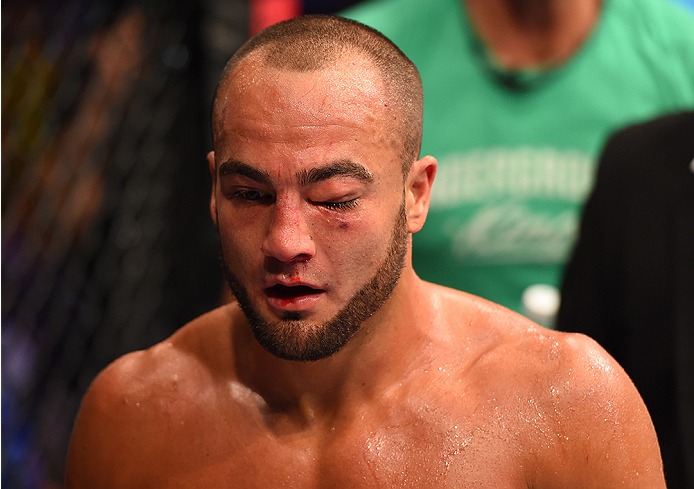 After an interminable amount of pre-fight trash talking on both sides, Alvarez got the best of No. 4 lightweight challenger Gilbert Melendez, winning a close split decision. But Alvarez also discovered one of fighting’s important rules: Don’t blow through a bloody nose.

As UFC announcer Joe Rogan astutely pointed out during the pay-per-view broadcast, Alvarez’s mistake almost cost him. After sustaining several blows from Melendez early, including an elbow that appeared to break either his nose or orbital bone, Alvarez’ error of blowing through his nose caused his left eye to swell immediately and close, leaving him with limited visibility.
> MORE CONTENT: Eddie Alvarez Backstage Interview | Post Fight Press Conference Highlights

Somehow, Alvarez muddled through, using leg kicks to score points in the second round and then landing a spinning elbow in the third that caught Melendez on the top of the head. 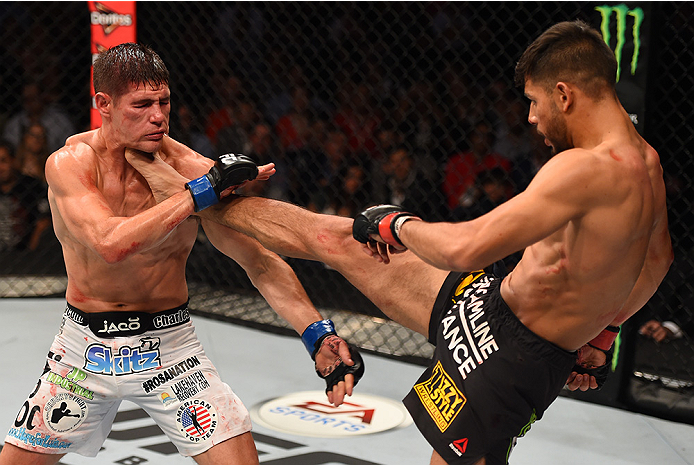 Yair Rodriguez (6-1) was already a big star in Mexico, having won Ultimate Fighter: Latin America in 2014. But he’s clearly one to watch after his split decision victory over a game and gritty Charles Rosa.

Rodriguez, who was born in Chihuahua, Mexico, but fights out of Chicago, used an array of spinning kicks, elbows and punches from all angles to take charge early in the three-round bout. As Rogan said, Rodriguez looked like a combination of Jon Jones and Anthony Pettis.

That’s true. Rodriguez is supremely athletic and unpredictable, and although Rosa was a worthy opponent (their bout was named fight of the night), he figures to climb the featherweight ladder with more experience. 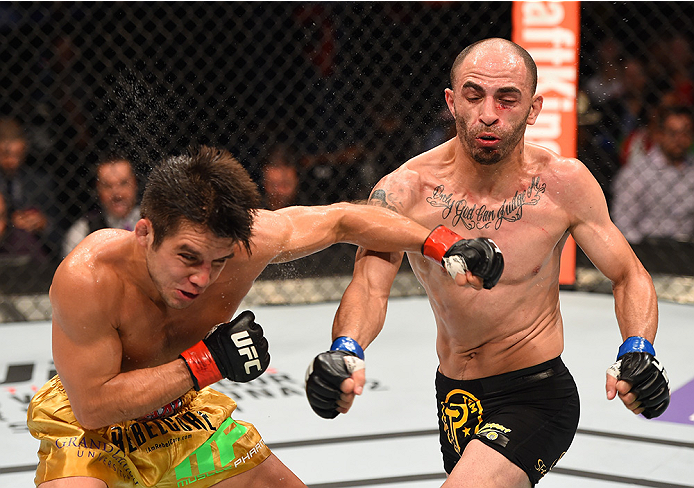 4. Authentic Mexican food is tasty, but as Henry Cejudo discovered, it can also be tough on your stomach.

Cejudo had what he called a “bad taco” – read food poisoning – which probably slowed him significantly during his unanimous decision win over an impressive Chico Camus.

Cejudo, a former Olympic gold medalist in freestyle wrestling, was unable to take down Camus on 11 attempts and said later that he wasn’t feeling himself. He also admitted that, despite being the No. 7 flyweight contender, he probably isn’t ready yet to challenge champion Demetrious “Mighty Mouse” Johnson.

Now 9-0, with decisions in each of his past five fights, Cejudo said, “I’m willing to take my time,” before accepting a title shot. It’s possible that Camus (14-6) might be closer considering his takedown defense and impressive performance.

5. The FX broadcast, which preceded the pay-per-view show, featured two quick finishes, one of them a record.

Patrick Williams needed just 23 seconds to submit Alejandro Perez with a guillotine choke in their bout, a record for a UFC or WEC bantamweight event. Not to be outdone, Efrain Escudero used the same choke to beat Drew Dober in their lightweight match.