A look back at the UFC 182 main event between Jon Jones and Daniel Cormier... 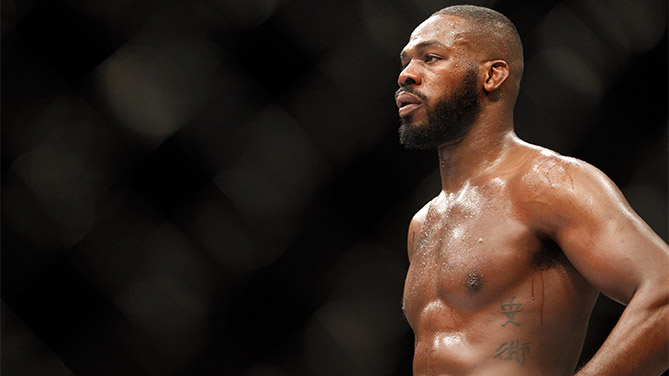 IS BONES THE BEST EVER?
That’s the question everyone’s asking at the moment, so I guess I have to give my two cents. First off, let me state for the record that I hate talking about someone being an all-time great while they’re still active. In 90 percent of situations like this, time gives the greatest context for a fighter or player’s greatness. But when it comes to Jon Jones, he may just be in that ten percent.

With his UFC 182 victory over Daniel Cormier, Jones successfully defended his light heavyweight title for the eighth time, already a record, and notched his 21st win against one loss to Matt Hamill via disqualification that was a defeat only in technical terms. That’s impressive enough. But when you consider that at 27 he has already beaten one Hall of Famer (Stephan Bonnar), five current or former UFC champions (Shogun Rua, Rampage Jackson, Lyoto Machida, Rashad Evans, Vitor Belfort), and a host of legitimate 205-pound contenders, it’s hard to argue with his qualifications to be called the best ever. 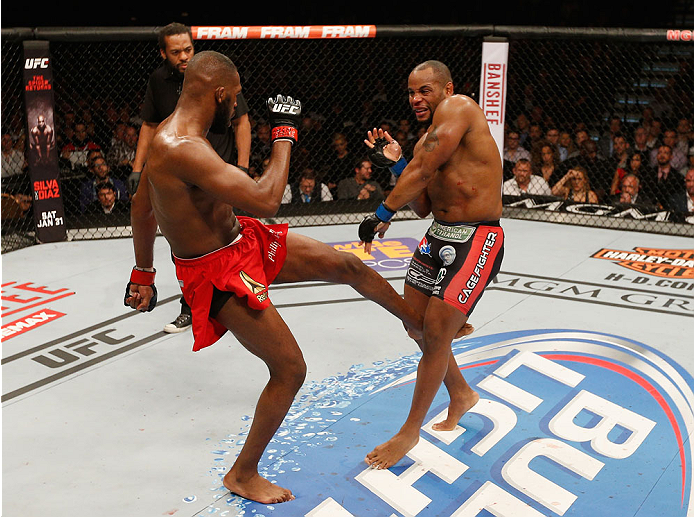 Jones, champion since 2011, still regards Anderson Silva and Georges St-Pierre as the men above him on that mythical list, and each has a strong case, mainly the longevity of their reigns atop their respective divisions. Jones can’t do anything about that at the moment except to keep moving forward and keep winning. But it is key to point out that at 27, GSP had just regained the welterweight title he lost to Matt Serra, and the talk of him being an all-time great didn’t pick up until his nine-fight run after the Serra rematch. As for “The Spider,” at 27 he was getting ready to make his PRIDE debut against Alex Stiebling, four years and 13 fights removed from his UFC debut and his eventual record-setting reign over the 185-pound weight class. Again, there was no all-time great discussion about Silva at that time. So if you look at Jones and say that the best is yet to come, that’s scary, and the possibility is there for him to set a bar no one will come close to again.

SO WHAT MAKES JONES GREAT?
A lot of folks say that Jones’ 6-foot-4 frame makes him an impossible style matchup for anyone in the light heavyweight division. That may be true, but only if 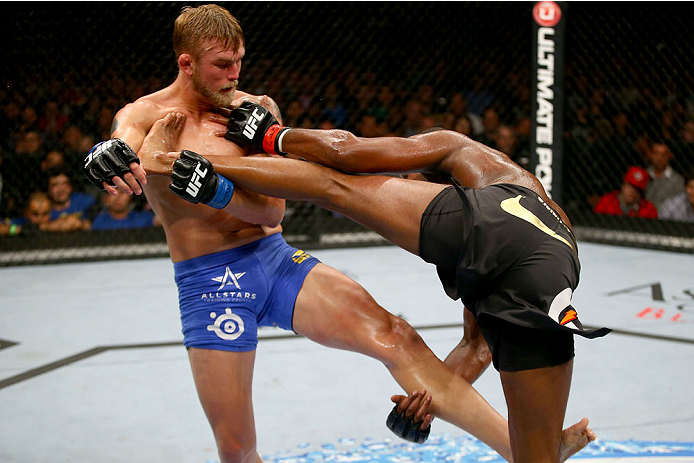 Jones’ used those physical tools to their full advantage. He had plenty of success against Cormier from long-range, but he opted to fight the majority of their five-rounder in the trenches, basically fighting the optimal fight FOR CORMIER. He followed the same pattern against Glover Teixeira last April, and in previous fights as well. To beat your opponent is one thing; to do it at their own game is even more impressive. Plus, at this point, the only time Jones has been in serious trouble was against Vitor Belfort when he got caught in an early armbar, only to pull free and go on to finish “The Phenom” in the fourth round. Yes,
Alex Gustafsson and Cormier gave him wars, and Machida had some early success, but Jones has always found a way to win. He’s no pretty boy in the Octagon; he’s got plenty of old-school grit and mean in him, making each fight he’s in almost like a great album – it can hit you all at once, but once you listen to it over and over, new layers keep showing up.

HOW DO YOU DETHRONE THE KING? 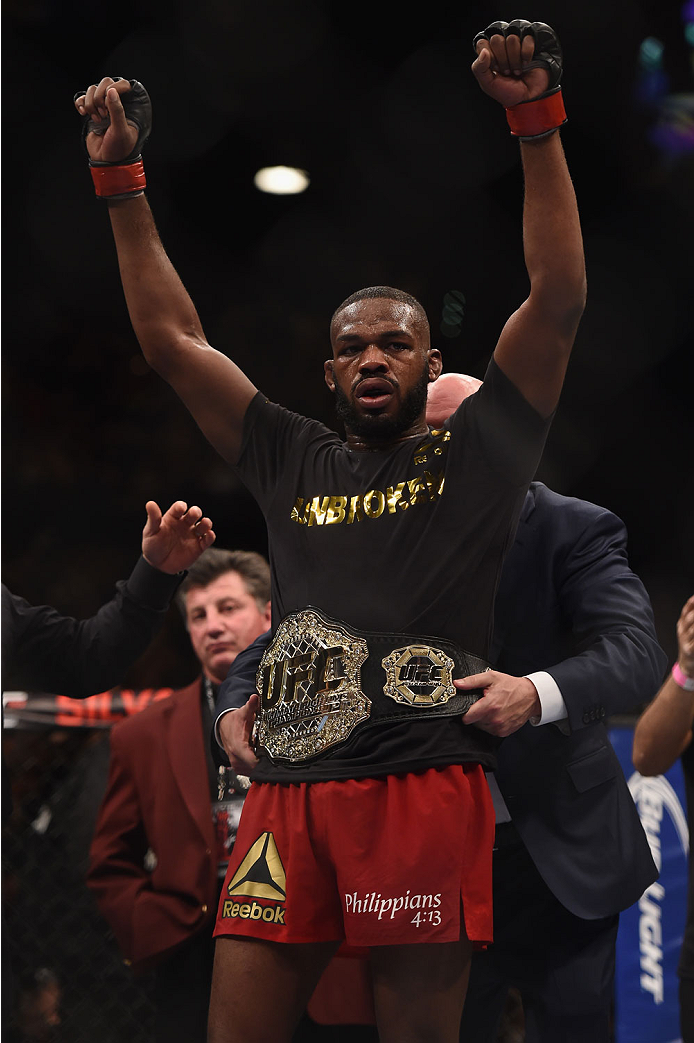 As mentioned earlier, Jones has been in some grueling fights where he’s had to dig down deep to get the victory, and in any combat sport, too many of them can catch up to you. But waiting for Jones to get old in fight years would be a futile battle at this point. The secret may be to catch him early with a big shot or takedown and put a dent in his confidence, because Jones has shown to only get more confident as the fight wears on. Guys like Anthony Johnson, Dan Henderson and Jim Manuwa have genuine one-punch stopping power, but the only one within sniffing distance of a title shot at the moment is Johnson, who will have to get past Gustafsson later this month to get that opportunity. “Rumble” also has solid wrestling, making it the most intriguing matchup for Jones outside of a long-awaited rematch with “The Mauler.” After that, Phil Davis has the wrestling to match up well with Jones, but can he elevate his game to that next level to push the champ? Time will tell, so at the moment, Jones’ greatest challenges may come at heavyweight, and though he said he would fight
champion Cain Velasquez in a heartbeat, a move north doesn’t seem to be in the cards at the moment, leaving the 205ers to continue getting terrorized by the best in the game. 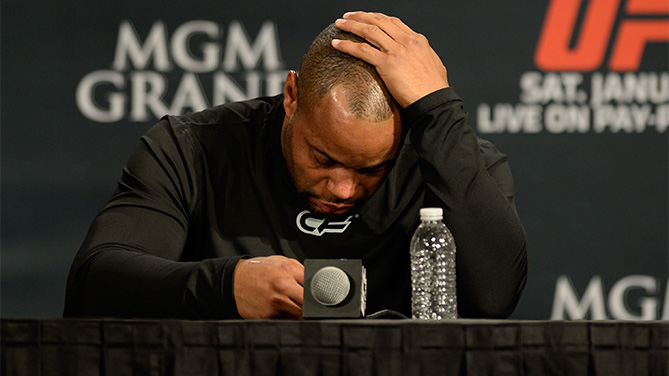 AS FOR DC…
I wouldn’t mind seeing a rematch between Jones and Cormier. Saturday’s fight was no blowout; there was no doubt that Jones won, but Cormier had his moments and it was a highly-competitive bout. My question is, did Cormier leave too much of himself in the Octagon emotionally? This was a career-long quest for DC, and to fall short in a fight he had invested so much in was devastating. Physically, he will recover and be ready to take on the best in the division, but mentally, will he be able to get that hunger back? That will be one of the key storylines to follow for the rest of 2015. If he gets his mojo back, DC could be back in the title picture with a couple more wins, especially if one of them is against the Bader-Davis winner or Gustafsson-Johnson loser.