Get your tickets to UFC 181 here! Check out the Official fight poster at the bottom of the article! 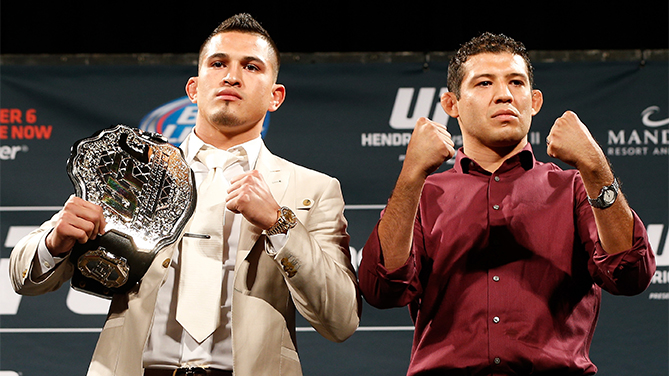 LAS VEGAS – Before Saturday’s UFC 178 card at the MGM Grand Garden Arena, the four principals in December 6th’s UFC 181 featured bouts squared off at a press conference to officially kick off ticket sales, and while there was a little juggling to be done to put together what is turning into one of the best shows of the year, all’s well that ends well with two championship bouts heading up the lineup for the Mandalay Bay Events Center show.

In the main event, the welterweight championship is on the line when Johny Hendricks defends his title against the man he won it against, Robbie Lawler. The bout was slotted in after a hand injury scrapped middleweight champion Chris Weidman from the original main event bout versus Vitor Belfort.

Lawler, who has won two bouts over Jake Ellenberger and Matt Brown since his razor-thin decision loss to Hendricks in March – the frontrunner for 2014 Fight of the Year - didn’t hesitate to take the bout when contacted.

“December 6 is the day, okay,” Lawler recaled. “This is the day and I’m going to be ready that day.”

Hendricks, who is coming back from a torn bicep that has sidelined him since the first bout with Lawler, was also all in to step in to headline with his rival, and while trash talk is non-existent between the two, there was plenty of tension as they sat on the dais together and then squared off for photographers.

The same could be said for the co-main event, a UFC lightweight title fight pitting champion Anthony “Showtime” Pettis against challenger Gilbert “El Nino” Melendez. The two were in close proximity of each other for six weeks in Vegas as coaches of The Ultimate Fighter 20, but they kept it cordial.

“There was no faking a friendship and no crap talking,” Melendez said. “We stayed separate.”

Pettis, who is making the first defense of the title he won from Benson Henderson in August of 2013, agreed, praising his challenger as “a good opponent with a good skillset.”

Melendez, the former Strikeforce lightweight champion, said he’s going all out in his second crack at the belt.

“I’m either going to be knocked out or knock his ass out.” 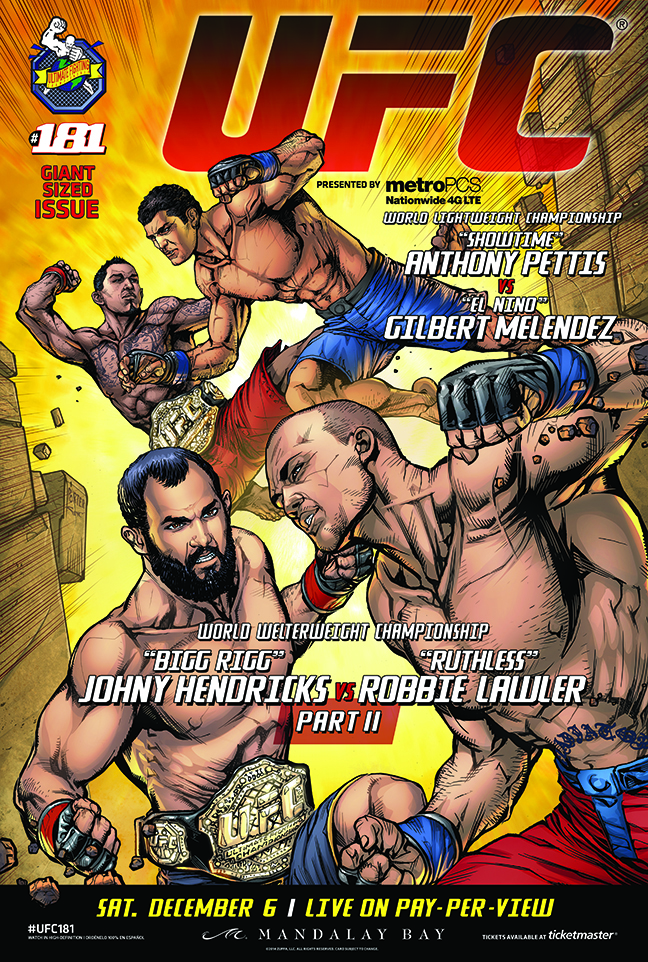