Some of the UFC's biggest stars met with the media today at the UFC 178 media day in the MGM Grand in Las Vegas. Check out some of the best bits from today's event.

On selling the fight against Jones:
"No. No. I don't even talk to Jon. The fight sells itself. We don’t have to say anything because we have two of the best fighters in the world and that sells the fight itself."

Jump in competition:
"I don’t expect him to be Patrick Cummins or Dan Henderson, but, who am I? I have different skills than a lot of the guys he's fought. If anything, he's going to be the one who is surprised. I don’t think he's competed against someone who knows how to compete at the level that I know how to compete."

On taking the fight now rather than later:
"I was okay waiting until January, but it wasn’t that I needed to wait. I could fight today, I could fight in September. So yea, I'm glad that the fight is happening right now. I've wanted a title shot for a long time, so when it happens, it doesn’t matter. I'll be prepared to fight. My knee is fine, 100% and I am just excited for this opportunity. For me, this is bigger than the UFC championship. This is a culmination of a lifetime of athletics. This is a 15 year old kid going to Budapest, Hungary to compete for a world championship; this is a guy who went to the Olympic Games to try to become the best in the world. For me, this is a lifetime of competition and this is the culmination."

Derailing McGregor hype train:
This isn’t my first rodeo. I derailed a hype train here a couple years again in Josh Grispi and I plan on doing it again September 27th. He's talking himself into a bad situation, and now he's going to have to deal with the consequences. I am very prepared, very ready.

McGregor getting under his skin:
Not only this fight, but him period, just thinking he's the best, running his mouth, saying no other 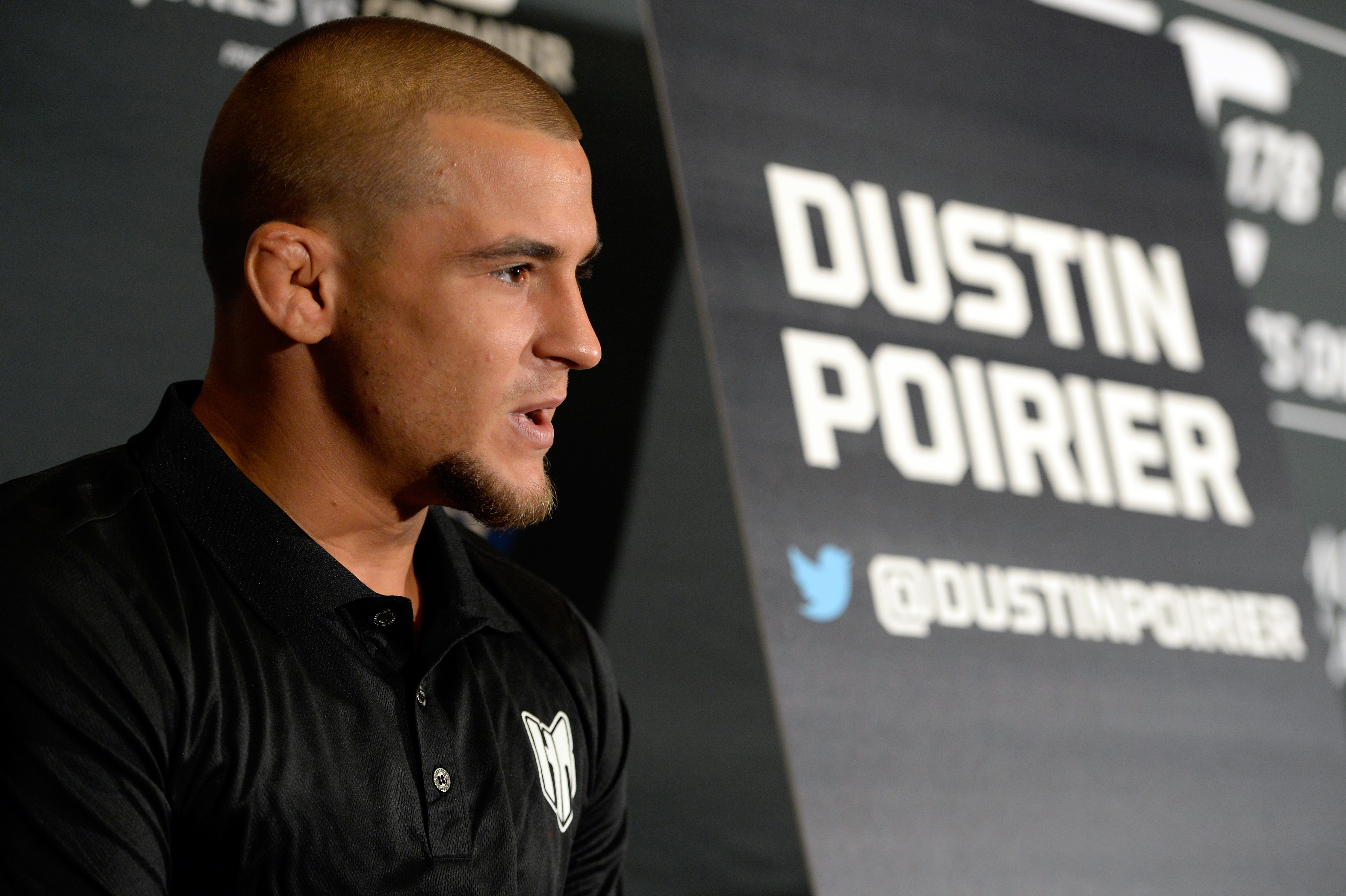 featherweights would step up, so I thought, let me take this guy out. I feel like that's what I'll have to do.

Getting called out:
"I like to do my talking with my work. Go out there and get W's and put on great performances. I can't hate on him too much, he's finished guys and won the fights he needs to, but I'm just a different guy."

On whether McGregor deserves the hype:
He definitely deserves attention. A little bit of attention. He talks well. Ya know, he's got the gift of gab, I guess, and people are attracted to that. But he hasn't really done anything great. No great fights, no great performances.

On his advantages:
Just being physical and bringing the pressure. Really, I feel like with my ground game, my wrestling, my boxing, I am better everywhere. It's going to be a masterful performance.

On top ten fight with Poirier:
They come to see me, not to see him. I see him as a fighter that's stagnant. I see him as a fighter who has remained the same in his last fights. He hasn’t progressed, if anything he has deteriorated in his skill level and his chin. I believe he's got a weak chin, he gets wobbled every single fight. I am going to capitalize on it and I'm going to put him away.

On how much he watches Poirier:
I've seen every single one of these guys fight. I know every single shot they throw and every move
they make. But once the fight is made and the contract is signed, I don’t need to see anymore because I already know. I've scrolled through the prelims, I've seen a few of his fights and I don’t think he has anything for me. 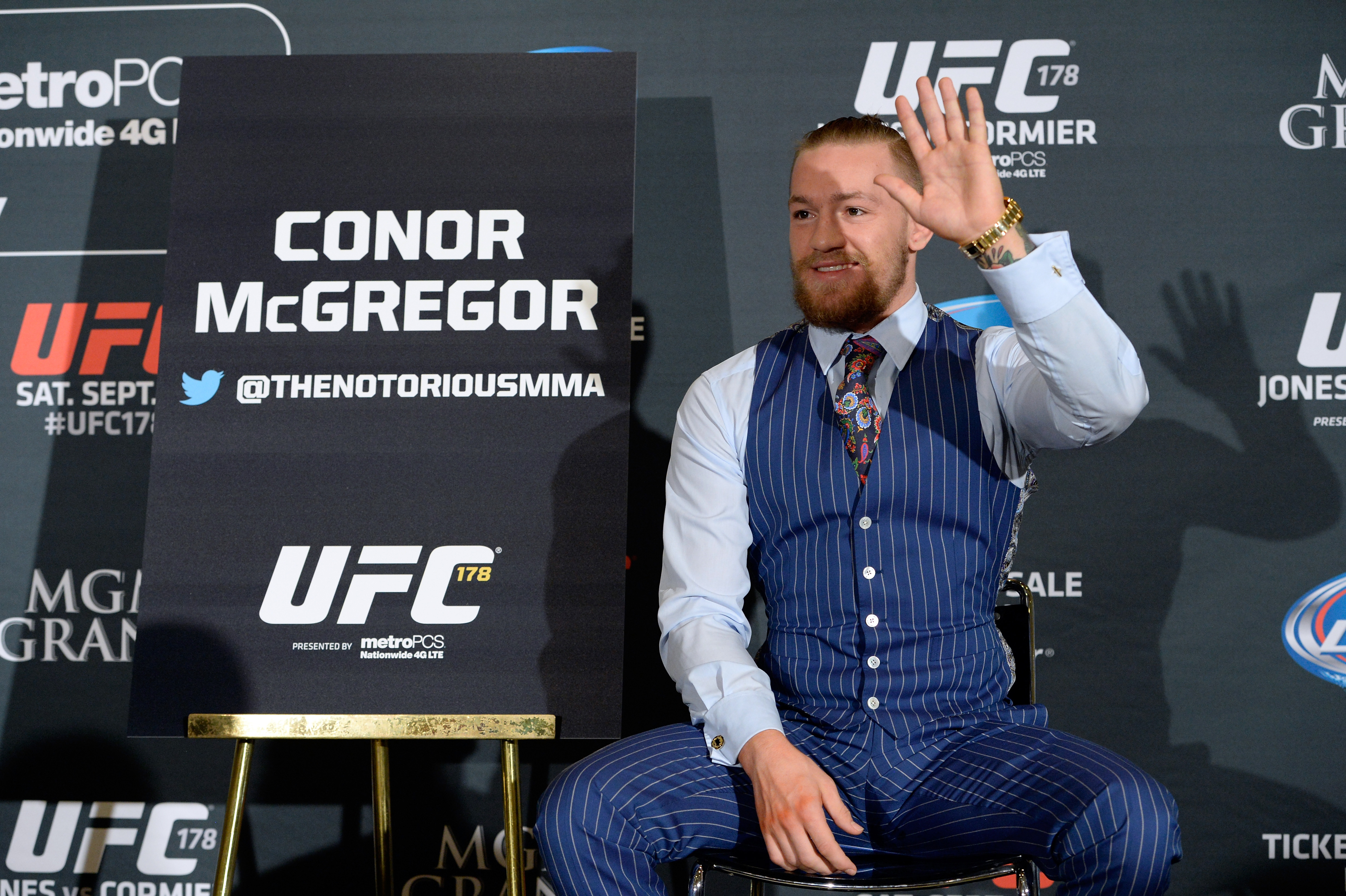 exactly what I want ---- (Crowd interrupts in 'Conor' chant before McGregor can finish answer).

On whether he has a stylist:
You may look at me and might think I have a stylist because I look that damn good but I dress myself, believe it or not. I have a tailor back home who makes all these suits from scratch. Literally from the fabric, they get made up to fit my frame perfectly, as you can tell. Yea, I like to look good and whoop ass. And here I am, looking good and whooping ass.

What's next:
In a year I'll fight for that belt.  Or, I put Dustin away in the first round, there is still six weeks left until that fight. Someone could slip on a banana peel, Chad Mendes slips on a banana peel. And they, hey, let’s bring in that handsome Irish guy who keeps rippin' people's heads off, who will sell more pay-per-views than both Chad and Jose. Let's bring him in. Then I slide in and take that belt from your hometown guy.