After every pay per view event, the UFC.com staff will grade out the winning fighters from the event and comment on their performances. 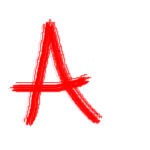 Demetrious Johnson
Going into his UFC 174 title showdown with Ali Bagautinov, many were saying that "Mighty Mouse" should certainly be in the discussion for pound-for-pound king. And after dominating Bagautinov for five rounds - 50-45 score card for all three judges - it's hard to argue that DJ isn't the man. Johnson landed 164 total strikes, including 133 significant strikes to Bagautinov's 66 and 36, respectively. Johnson was lethal with the Muay Thai clinch, landing knees and elbows consistently throughout the fight. His quickness and creativity inside the Octagon continues to be second to none..

Rory MacDonald
From the moment the fight started until the merciful end for Tyron Woodley, Rory MacDonald pushed the pace and left no doubt in the minds of the judges. MacDonald landed 90 percent of his body shots and 121 overall strikes, doubling Woodley's 55 total strikes. MacDonald's constant pressure frustrated Woodley and made his power and quickness irrelevant. The Canadian landed a crushing takedown on Woodley in the third round, which was only the third time in his Strikeforce/UFC career Woodley had been taken down. MacDonald made a strong case for himself in terms of consideration for a future welterweight title shot. 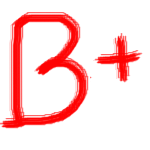 Ryan Bader
Wherever the fight went Ryan Bader seemed to be comfortable - and dominant. His devastating knee to Rafael Feijao at the end of the first round gave Bader all the confidence he needed to continue to seek out the takedown and land punishment on the ground. According to fight metric, Bader landed more overall strikes in the third round than Feijao landed in the entire three-round fight. Bader took the fight out of Cavalcante with his aggressive attacks to the body and mauling attack for 15 minutes.

Andrei Arlovski
"The Pit Bull" looked a bit rusty in his first fight inside the Octagon in over 6 years. Andrei Arlovski squeaked out a decision victory, but many had Brendan Schaub winning the fight. Both fighters seemed to struggle with accuracy in the stand up, but Arlovski definitely connected with some shots based on the damage visible on Schaub's face at the end of the fight. Arlovski said he was nervous before the fight and looks to improve in his next bout. 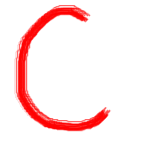 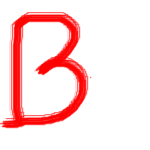 Ovince St. Preux
Remaining perfect inside the Octagon, Ovince St. Preux looked impressive once again after forcing Ryan Jimmo to verbally tap because of a broken arm in the second round of their light heavyweight bout at UFC 174. St. Preux effectively utilized his reach to control the fight in the first round, and landed a takedown after catching a Jimmo leg kick, and the rest was history. OSP dominated the fight and looked poised to finish even if Jimmo hadn't verbally tapped.