Former UFC light heavyweight champ Forrest Griffin shares his thoughts and opinions on UFC 174, as only he can do, in this UFC.com exclusive Pay-Per-View primer.

Forrest Griffin's car is a lot like Griffin the fighter: it's been through some wars.

So as we move into the final hours before UFC 174 Saturday night, who better to walk us through the card than the former UFC light heavyweight champ and participant in arguably the greatest single fight in UFC history? 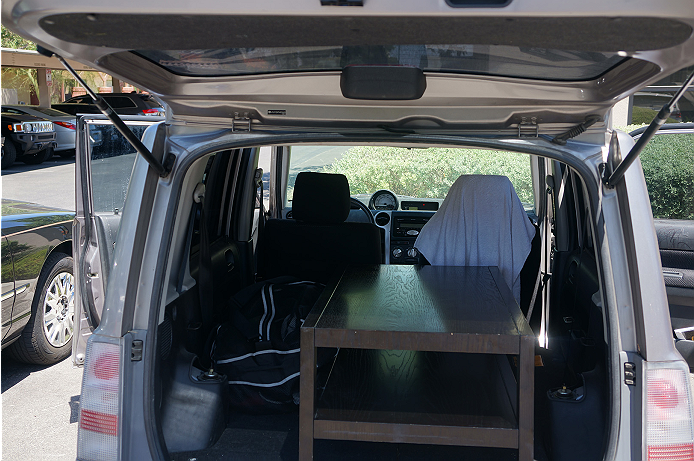 But before we get to talking about UFC 174, Forrest decided to give you a little insight into the marks on the inside and outside of his car - that's right, the same Toyota Scion he won by beating Stephan Bonnar on The Ultimate Fighter.

The car's interior has become the open canvas for Griffin's 2 1/2-year-old daughter, as her masterpieces decorate an otherwise typical, messy 35-year-old man's car. On the outside, a long scratch runs along the right side - Griffin wears it with pride.

"I was doing an event for the UFC down on Fremont Street, and when I was getting off at an exit the car in front of me starts stopping and whatever. So I pull into the next lane and I'm passing them - and I can see they're not f****** paying any attention. I figure somebody is on their phone or something. They come over into my lane and I swerve out of the way. Then the second time, I'm like, f*** it and they hit me."

So as Forrest pulls over to examine the damage, he starts talking to the lady that hit him. She starts apologizing and expressing just how sorry she was, but that her son, who was mentally handicapped, was so excited when he saw the ferris wheel going. The mother just wanted her son to see the ferris wheel.

"So I told her, 'Don't worry about it.' My car is a piece of s**t anyway," Griffin said before he just drove 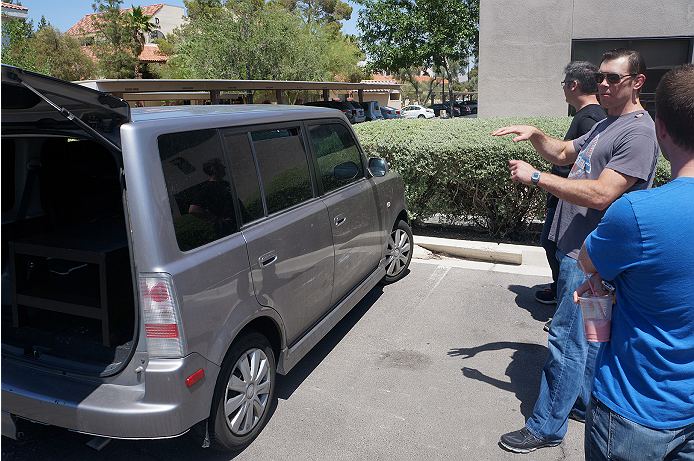 After we checked out the Griffin-mobile, Forrest invited UFC.com into his mobile office and we started talking shop.

With a championship bout and an exciting co-main event with major title implications, Griffin thinks this should be a stacked card with a lot of potential finishes. But when asked what fight he's most looking forward to, he said Ryan Bader vs. No. 12 Rafael Cavalcante.

Bader is 2-2 in his last four fights and may be entering must-win territory if he wants to stay in the title conversation.

"He kind of is. But who's he been fighting? He's been fighting the best of the best since he got off the show (The Ultimate Fighter)," Griffin said. "This no-name guy named Jon Jones, then he fights Lyoto (Machida) and then Glover (Teixeira). So he's fought a couple champions - Ortiz, that was obviously a tough fight, but he always fights hard, and there's still something to be said for that. He has that knockout power, and Cavalcante also has some knockout power. But Bader is healthy, I think he can wrestle and I don't see Bader getting submitted by this guy.

"Cavalcante had a lot of hype surrounding him at one point because he was one of Anderson (Silva's) guys, but he looked like he gassed in two seconds against Thiago Silva. He came out and threw hard for a couple minutes, but then was like, OK I'm good now. But we'll see - I think Bader will out-condition him and out-wrestle him." The real money is on whether or not this fight will go to the second round. Those guys both have heavy hands."

On Demetrious Johnson vs. Ali Bagautinov...

"Demetrious Johnson's biggest problem is that there's only two or three other good guys in his division. He's beat one of them twice in Joseph Benavidez. I think Ali is going to be a little slow for him. I don't think he'll be able to grab hold of him and wrestle him, but we'll see how that goes. I think it's good if Demetrious continues to dominate that division and do well."

On Tyron Woodley vs. Rory MacDonald...

"Woodley is 32 so he's not old yet. Rory has got the length on him and is as skilled as they come, but I don't see how he can beat Woodley. He's not really a knockout guy or a submission guy - I mean unless he wears him down and TKOs him or something. I don't think we were able to make a fair assessment of Woodley in his last fight against Condit. He was bringing it to him before Condit's knee blew out. We knew Condit is a slow starter and Woodley is a quick starter - so we were kind of waiting for Condit to get going." 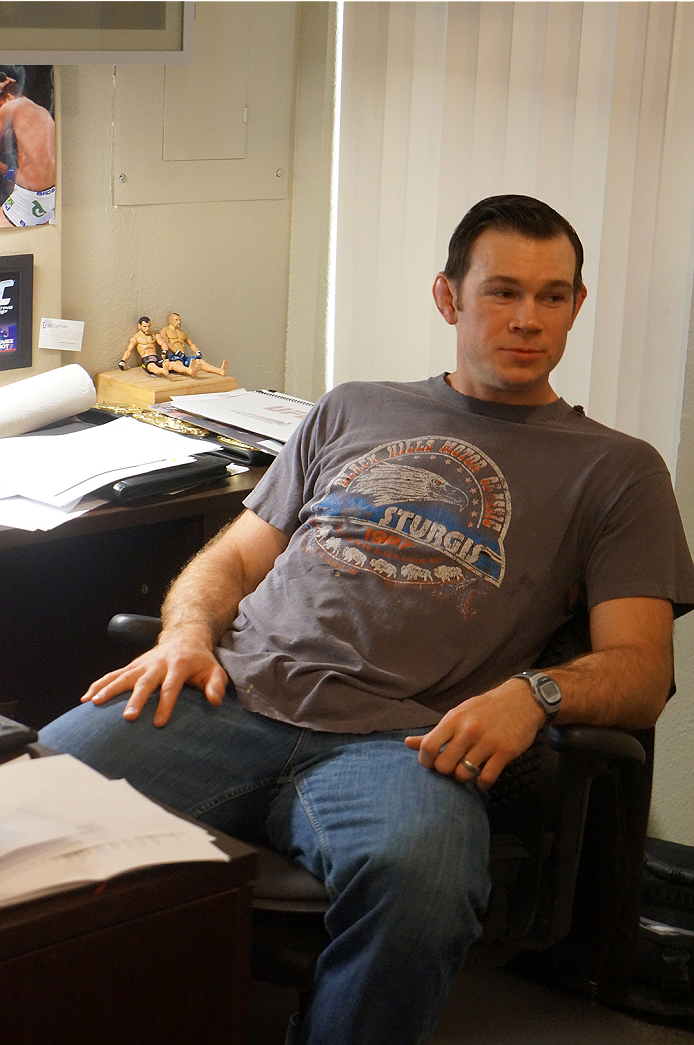 On Andrei Arlovski vs. Brendan Schaub...

"I think Schuab will probably stop him at some point. I mean, Arlovski is quick but he's just had his trigger pulled too many times."

"I also want to see this Ryan Jimmo. I haven't made up my mind whether I like him or not. This is the first time Ovince is fighting anybody. I'm big on Ovince but we'll see. I think one of these guys will be legit after this fight. Neither one of them has a problem with their confidence."

Want to watch the fights with Forrest Griffin? He'll be at Miller's Ale House in Henderson Saturday night for UFC 174 from 6pm to 10pm.