Read on for news and notes from the UFC 169 post-fight press conference... 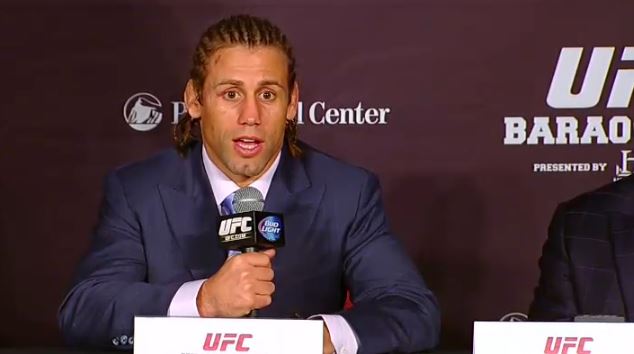 With few finishes on the card, the post-fight bonuses were easy to pick. Lightweight Abel Trujillo took home the $50,000 Knockout of the Night award, and there was no Submission of the Night. Those savings were split between Trujillo and Jamie Varner, who earned an additional $75,000 each for their back-and-forth, two-round Fight of the Night.

- Although Faber was diplomatic in accepting referee Herb Dean's decision to end the fight in the first round and praised the champion, White made no secret of the fact that he believed the bout was stopped too early.

- White shot down rumors that Brock Lesnar was planning a return to the UFC. He also updated reporters on Anderson Silva's return from injury, stating that if the recovery went as hoped, Silva could be back in the Octagon at the end of 2014.

- Abel Trujillo elaborated on his post-fight quote that he'd like to fight Donald Cerrone or Nate Diaz next. He said he wasn't calling them out; rather that they popped into his mind as potential opponents who'd match up well with his aggressive style.