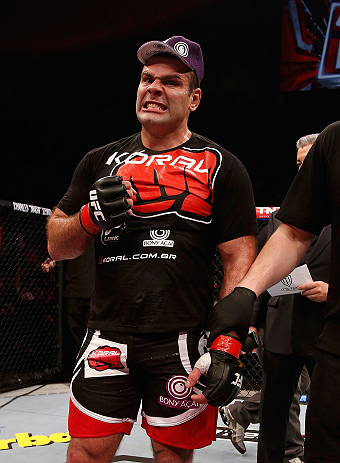 There's plenty of veteran experience on this weekend's UFC 162 undercard, headed up by longtime slugger Chris Leben as he tries to get back on track against Andrew Craig.

TUF: The Smashes winner Norman Parke also makes his first appearance since winning the reality show last year, while both Gabriel Gonzaga and Dave Herman search for a victory after suffering some setbacks recently.

In addition, the stacked undercard features human highlight reel Edson Barboza back in action, and welterweights Mike Pierce and David Mitchell battling for respect in the 170-pound division.

Today’s fantasy preview will take aim at these preliminary fights, where there are a few tight matchups and some serious underdogs hoping to pull the upset.

1)    Which Chris Leben will appear on Saturday night? That's the main element that has to be computed when picking his fight against 8-1 fighter Andrew Craig. It's also important because picking correctly will earn an extra 120 points in this close matchup. When he's on, Leben is still one of the most dangerous strikers in the UFC middleweight division. He's got concrete in his hands, and in his jaw for that matter. He floored UFC and PRIDE legend Wanderlei Silva with a combination of strikes, but then he went flat against Mark Munoz and Derek Brunson in back-to-back fights. Leben's revival this time is centered around his relocation to San Diego and new training team at Alliance, where he works with fighters like Phil Davis and Alexander Gustafsson on a daily basis. When Leben is on, and his cardio doesn't backfire, he can still be a very dangerous fighter. Craig is no slouch, so if you're looking for an upset pick he might be the one only because it's a guessing game as to which Leben might show up at UFC 162.

2)    Norman Parke is an interesting prospect to keep an eye on. Unlike most Ultimate Fighter winners, he's not carrying the same weight on his back because he fought overseas and isn't carrying a huge reputation coming into his debut, which will work to his favor. Parke is a good, well-rounded fighter from Northern Ireland. Notoriously, fighters from the UK don't usually have the best backgrounds in wrestling, but Parke is a great exception to that rule. He's a former freestyle wrestling champion and judo practitioner as well. He's not going to have it easy in this fight against veteran Kazuki Tokudome, but Parke has the odds on his side. As long as he doesn't end up being taken down by Tokudome repeatedly, he should be able to control the pace and outwork him for a decision victory.

3)    Gabriel Gonzaga feasts on non-top ten fighters. Going over the Brazilian's record, he's been near the top of the heavyweight division before on many occasions, but his one struggle is against the best fighters in the weight class. There's no shame in that, but how does he keep getting booked in those fights against the top ranked guys? It's because Gonzaga is virtually unbeatable against anybody that would be deemed outside the top ten. He's only lost once to a fighter outside the top ten (Brendan Schaub), and otherwise he's a wrecking ball. He's 8-1 in the UFC in those fights, and he's finished all eight of those opponents. That won’t give his opponent Dave Herman a mountain of confidence heading into this one. Gonzaga is powerful and determined with his aggressive submission game, and he's no fan of going to the judges. Gonzaga picking up a win here by submission would seem like a safe bet.

4)    Edson Barboza has to be one of the most exciting fighters to watch in the UFC because at any moment something explosive is likely to happen. While he did have a hiccup in his fight against Jamie Varner, Barboza has been a killer addition to the lightweight division with his brutal Muay Thai kickboxing attack, which has resulted in five wins, including three by knockout. Barboza might make the jump up in competition in 2013 as well, so this is a chance to make a big statement with another knockout win. His opponent, Rafaello Oliveira, takes this fight one year after his last trip to the Octagon, and even with the chance to win a whopping 400 points because he's such a tremendous underdog, there's no value in that risk.