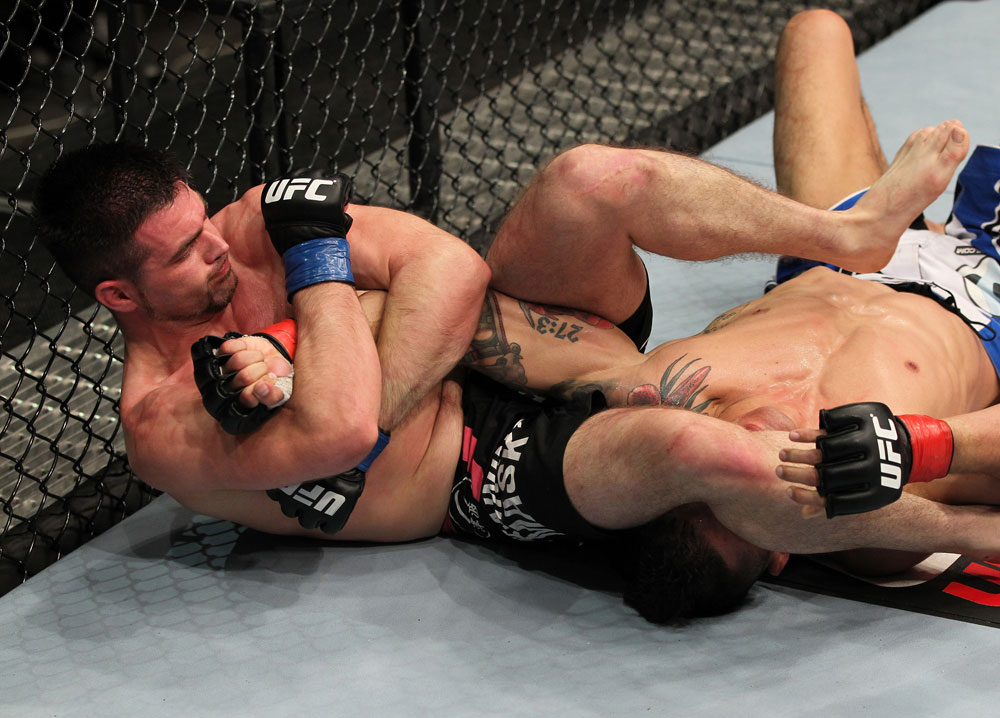 Sometimes the closest fights on an entire card take place on the preliminary portion of a show, and that appears to be the case with this weekend's UFC 161 card in Winnipeg, Manitoba, Canada.

Leading the way as the featured bout on the preliminary card is a fight between former UFC welterweight title contender Jake Shields, who drops back down to 170 pounds after a foray to middleweight for his last fight, and Tyron Woodley, a former Strikeforce title challenger looking to make his impact felt in the Octagon for a second time after a quick and devastating knockout in his first fight.

Canada’s own Sam Stout also gets back in action against late replacement James Krause, while Yves Jabouin and Dustin Pague both look to rebound after recent losses.

For today's UFC Pick ‘Em preview we break down the UFC 161 preliminary fights and give some insight into who might just walk into Saturday night with a decided advantage.

1)    Tyron Woodley is a rapidly developing welterweight who has showcased some very good standup in his last couple of fights, but is that enough to subdue the submission attacks from Jake Shields? Woodley picked up a knockout in his UFC debut, but it's undeniable that the former Missouri Tiger's best weapon is his wrestling. During the biggest part of his career in Strikeforce, Woodley was a dominant wrestler who could consistently put opponents on their backs. Meanwhile, his own defense has been outstanding, as he's avoided his opponent's takedown attempts a whopping 88 percent of the time. Still it's hard to ignore that Woodley hasn't faced a tenacious attack like Shields will present to try and take him to the mat. When he was in top form during his five year, 15 fight unbeaten streak, Shields was considered one of the best in the world because he could take any opponent down, and most of the time he was able to submit them. It's a taller order this time facing Woodley, but Shields has only lost to the best of the best in his welterweight career. His two losses came against UFC welterweight champion Georges St-Pierre and current contender Jake Ellenberger. Outside of that, Shields hasn't lost a fight in eight years, and if he can make his move back to welterweight without skipping a beat, he should be able to get the best of Woodley over the course of 15 minutes.

2)    Late notice replacement spots are tough on any fighter, but it's definitely not going to be easy for James Krause to pick up his first win in the UFC when he faces crafty veteran Sam Stout. Krause took the fight on short notice, but he was preparing for another fight already so he won't have his back completely against the wall in this one. Krause has won his last seven fights in a row, but hasn't faced a striker like Stout over that time. Stout lands an incredible 4.18 strikes per minute and stuffs his opponent's takedowns 77 percent of the time. Krause enjoys striking as well, but in this fight it might just backfire on him. Stout is a machine over three rounds and he should pick up a decision victory.

3)    In the fight between Sean Pierson and Kenny Robertson, it all comes down to where this fight takes place. Now it's not to say both fighters don't have talents in all facets of MMA, but Pierson is a notable striker while Robertson is much better known for his ground game. Pierson has fared well against some strong wrestlers in the past, picking up wins over fighters like Matt Riddle and Jake Hecht, while striking at a high volume. Robertson's only losses in the UFC have come to superior wrestlers, but the key for him in this fight is whether or not he can drag Pierson to the mat with him. Pierson might one up him, however, because his only losses came to Jake Ellenberger and Dong Hyun-Kim - two of the best fighters in the world at 170 pounds. Pierson's high volume strikes and takedown defense could give Robertson fits, but look for this one to go the distance because through his three UFC wins, the Canadian striker hasn't finished an opponent yet. Also, because it's a close fight, picking correctly will yield an extra 120 points.

4)    Former welterweight John Maguire will look to get back on track when he moves down to lightweight for his fight against Mitch Clarke at UFC 161. Both fighters are coming off consecutive losses, so it's definitely a must win situation. What Maguire has on his side (assuming the weight cut to 155 pounds goes well) is that he is a slick submission artist with incredible recovery if things go poorly for him at any point. The British fighter looked really good early in his UFC career, and has to know he needs a win here. His takedowns land at just below 50 percent, which isn't the best average, but he's been unrelenting in the past when he gets the chance to go for a submission. Maguire has a great arsenal of arm locks at his disposal as well, so if Clarke doesn't hold on to his limbs very well, he may go home quite sore when UFC 161 is over.