Do fans' opinions line up with the predictions of those who actually put money on an event? Looking at UFC 158, we'd have to say that do.

Fantasy players and bookmakers both have Georges St-Pierre as a favorite in his UFC 158 title fight, but they're split on who will win in four of the fights. Rick Story is the biggest favorite in the UFC Pick 'Em game, but the money line has TJ Dillashaw as a the most expensive buy in town. 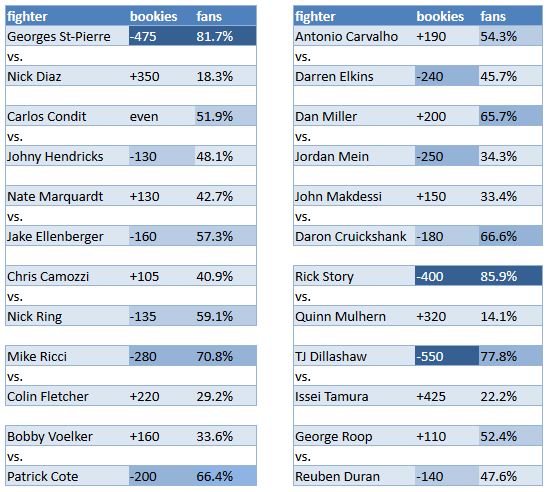