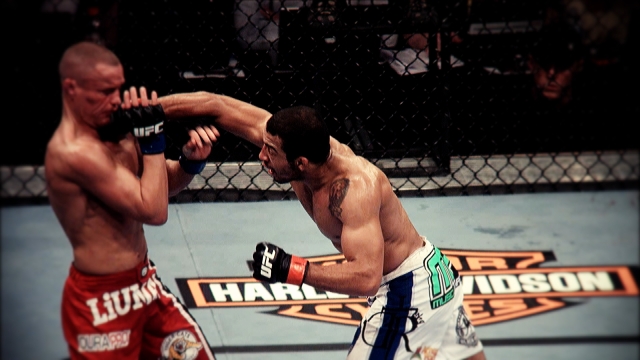 With only a few days remaining until UFC 156 kicks off, the new UFC Pick 'Em game is in full swing ahead of the featherweight main event showdown between champion Jose Aldo and challenger Frankie Edgar as well as the other ten fights on the card.

Today we will take a look at some of the major factors to take into consideration when picking and choosing the winners and losers ahead of this weekend's card in Las Vegas.

1) Title fights are always worth more point,s so getting it right makes all the difference in the world. The featherweight title is on the line as champion Jose Aldo takes on former UFC lightweight champion Frankie Edgar. The key to this fight might come down to the later rounds because as devastating a finisher as Jose Aldo has been throughout his career (eight KO's/TKO's in 11 victories in the UFC/WEC), Frankie Edgar is as tough as they come. Through 14 UFC fights, Edgar has never been finished, and that includes six title bouts along the way. He's also the only fighter in UFC history to be knocked down three times in a fight and not get finished. And don't discount the fact that Jose Aldo has been out for over a year, while he’s facing an absolute conditioning machine in Frankie Edgar. The longer this fight goes, the more it favors the former lightweight champion.

2) Don't expect the heavyweight fight between Alistair Overeem and Antonio "Bigfoot" Silva to last long. This featured bout on the main card of UFC 156 pits two of the biggest finishers in the heavyweight division. Overeem has an astonishing 94.4-percent finishing rate, putting away 34 of his 36 wins before the final bell. Meanwhile, Silva has 12 first round stoppages, and has only seen the third round three times in 20 career fights. Overeem also happens to have the most significant strike accuracy in Strikeforce history, so a first round knockout might be the way to go if "The Reem" is your pick.

3) Underdog bets are always a great way to pick up points in UFC Pick'Em, but in the light heavyweight co-main event, the tough choice would be Antonio Rogerio Nogueira even though he comes along with a 175-point bonus if you pick him and he's victorious. The problem here is the match-up with former Michigan State wrestler Rashad Evans. The stats show that Nogueira has the 4th best takedown defense among light heavyweights in the UFC, but he has also struggled under wrestlers like Phil Davis and Ryan Bader. Rashad Evans has the most takedowns in UFC light heavyweight history, and has the second best accuracy for the takedown (No. 1 is champion Jon Jones). Evans' ability to take Nogueira to the ground could be the difference in this match-up.

4) One debuting fighter to keep an eye on for this card is former Strikeforce welterweight title contender Tyron Woodley who makes his first UFC appearance against Jay Hieron. Woodley, a former Missouri wrestler, is a legit prospect at 170 pounds, and with it being his first fight in the Octagon he comes along with an extra 40 points if you pick him. Hieron is an extremely tough first test, especially considering his wrestling prowess to stop Woodley's takedowns. Still, for a debuting fighter, Woodley is a prospect to watch.

5) Finally, in the lightweight division make sure to keep an eye on the fight between Jacob Volkmann and Strikeforce transfer Bobby Green. Volkmann is a wrestler that can absolutely suffocate and frustrate an opponent into exhaustion. His takedowns are next to unstoppable, and while Bobby Green has faced another high level wrestler in his career (a submission victory over former NCAA All-American J.P. Reese), in his first fight in the UFC, matchmaker Joe Silva did him no favors matching him up with the ultra tough Jacob Volkmann.

Visit UFC.com/Fantasy to get in on the action and make your picks today