UFC 147 Marks another Save for Rich Franklin 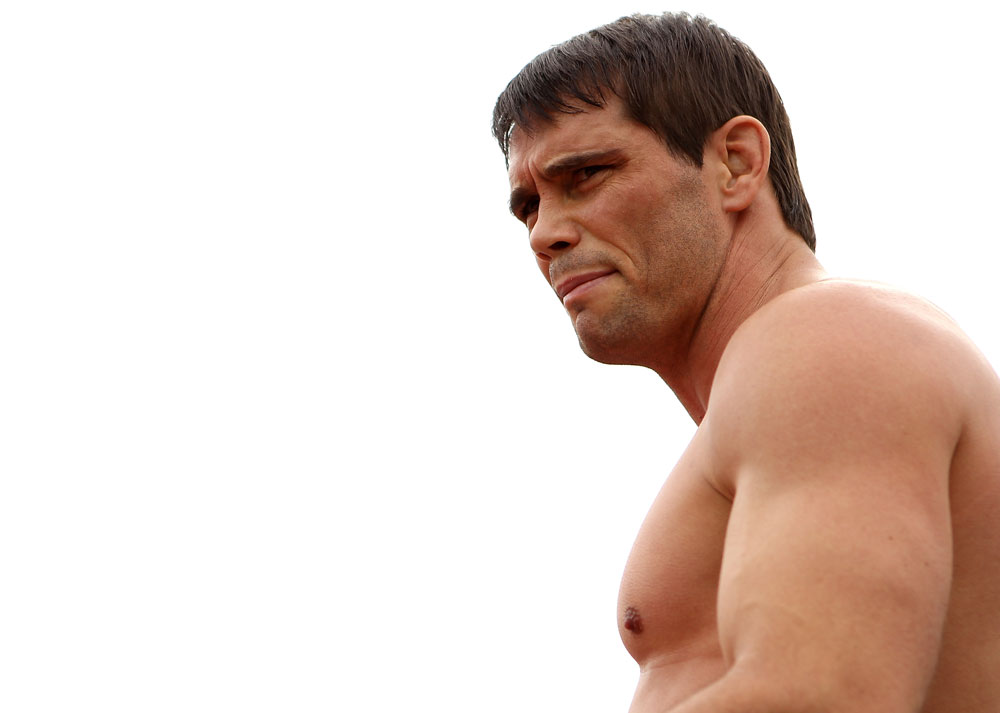 Given Rich Franklin’s humble demeanor, status as a positive role model and ambassador for the sport of mixed martial arts, and respect for his opponents, it’s fairly evident that if you boo him, you’re one of those people who don’t give out candy on Halloween or who tell kids that there’s no Santa Claus.

But tonight in Belo Horizonte, the former UFC middleweight champion may hear an arena full of boos when he walks into the Octagon to face Brazilian icon Wanderlei Silva in the main event of UFC 147. But as “Ace” is keen to point out, if it happens, it won’t be the first time.

“It happened all the time before I was in the UFC, when I was fighting as a lower level professional fighter making my way up,” said Franklin. “Initially, there were not a whole lot of fight promotions here in Ohio, so oftentimes I would have to travel from one place to the next to just fight whoever to get that experience under my belt. And anytime you travel, you’re typically fighting the hometown hero. So the whole first half of my professional career, I was never the crowd favorite. So it’s been a while, but at least it’s a feeling I’m familiar with.”

That’s not to say that the 37-year old from Cincinnati has resigned himself to being the guy with the black hat on when he battles Silva in a rematch of a June 2009 bout won by Franklin.

“I don’t know if I’d be so quick to say that I’ll get booed,” he said. “We’ll see what happens. But you take a fighter like me, I’m a very respectful kind of fighter, and even though I’m coming into Wanderlei’s home turf, I think the fans at least have a respect for somebody like me. I’ve never had anything negative to say about Wanderlei. He’s a respectable guy, I like him as a person and I respect him as a fighter, so I think the fans get that kinda stuff.”

And while it’s an interesting talking point leading up to tonight’s showdown, the bottom line is that whether the fans are for him or against him, Franklin will have to fight Silva when the Octagon gate shuts, and when you’re facing someone nicknamed “The Axe Murderer,” the distinct possibility of it being a rough night is always there.

“He’s a gamer,” said Franklin of Silva. “He always comes prepared and he has tons of heart. So a guy like Wanderlei is never an easy fight. The last fight was a 15 minute decision and a Fight of the Night, and mentally, I’m already putting myself like ‘this is not the type of fight that’s going to produce a first round knockout.’ We’re probably gonna be slugging it out, and this one’s scheduled for five, which means that it could go five rounds instead of three. You have to put yourself in that kind of mindset, and knowing that you’re gonna bang yourself up like that is never a fun thought.”

That’s typical Rich Franklin honesty, another reason why he, like his opponent, is one of the good guys in the sport. The UFC likely agrees, considering that when Silva’s original foe, rival Ultimate Fighter Brazil coach Vitor Belfort, was forced out of the UFC 147 main event due to injury, it was Franklin who stepped up, much like he had in the past, even though he was in Singapore preparing for a UFC 148 bout with Cung Le.

“When I saw on the internet the news that Vitor had broken his hand, I kinda figured that I was gonna get a call,” he said. “You get used to it I guess. As soon as I thought that was going to happen, I mentally put myself in the mindset that there’s a good chance I’m gonna switch opponents. It wasn’t perhaps at this point in time the best switch for me, just because I was down in Singapore prepping for Cung, and specifically for him and he’s a very specialized kind of opponent, but I guess I like being the guy that saves the day.”

He’s done it more times than future Yankee Hall of Famer Mariano Rivera. But did he do himself a disservice by taking the fight, considering the different styles sported by Silva and Le, or will his time in Singapore enable Franklin to show off some new wrinkles to his game in Brazil?

“The training that I was doing was very specialized for Cung, so I don’t know how much of that is going to come into play for a fight against Wanderlei because they’re pretty much polar opposites as opponents,” said Franklin, who had spent a month out of the country preparing for Le before finishing his camp at home in Ohio. “But that doesn’t mean that I wasn’t down there working on basics and those kinds of things as well. The training was not all for nothing. I go into the gym and I’m always working on improving new stuff or just making things better and I think that’s one of the reasons why I haven’t become stagnant as a fighter as I’ve gotten older. I’m always trying to improve on the things that I’m not good at, whether it’s standup stuff, wrestling stuff, or whatever it may be. I’m always working on new things, so that’s not a feeling that’s unfamiliar to me.”

If anyone is familiar to Franklin, it’s Silva, yet despite spending 15 minutes in the Octagon with him already, three years is a long time in this sport, and no one knows that better than the former math teacher who still sees things as equations to be solved.

“Pretty much every time you fight, you take that kind of approach to it,” he explains. “If you’re fighting a wrestler, for example like when I fought Matt Hamill, he was a puzzle that you’re trying to solve, so to speak, and then you move on and you fight a guy like Wanderlei Silva. He’s a different kind of puzzle that you have to solve. So I have that mindset pretty much every time I go into fight prep anyway. And even though I’ve seen this puzzle with Wanderlei before, it’s a new puzzle. The core of Wanderlei will remain the same from fight to fight, but he can pick up new tips and tricks here and there, so on any given night, they basically pose a new threat or become a new puzzle for you to solve.”

It all makes sense, but once the fists start flying, won’t Wanderlei just become Wanderlei again? Franklin laughs, knowing that’s true, but still keeping it in his head that if he’s not keeping all his options open, he’s not putting himself in the best position to win.

“You always go back to what you do best, but in that process, you never know if he’s picked up a new trick here and there that you just have to be careful with,” said Franklin, the man who saved the day once again. So why would you boo a guy like that?