Michael DiSanto takes a look back at the UFC 140 performances of Jon Jones and Frank Mir... 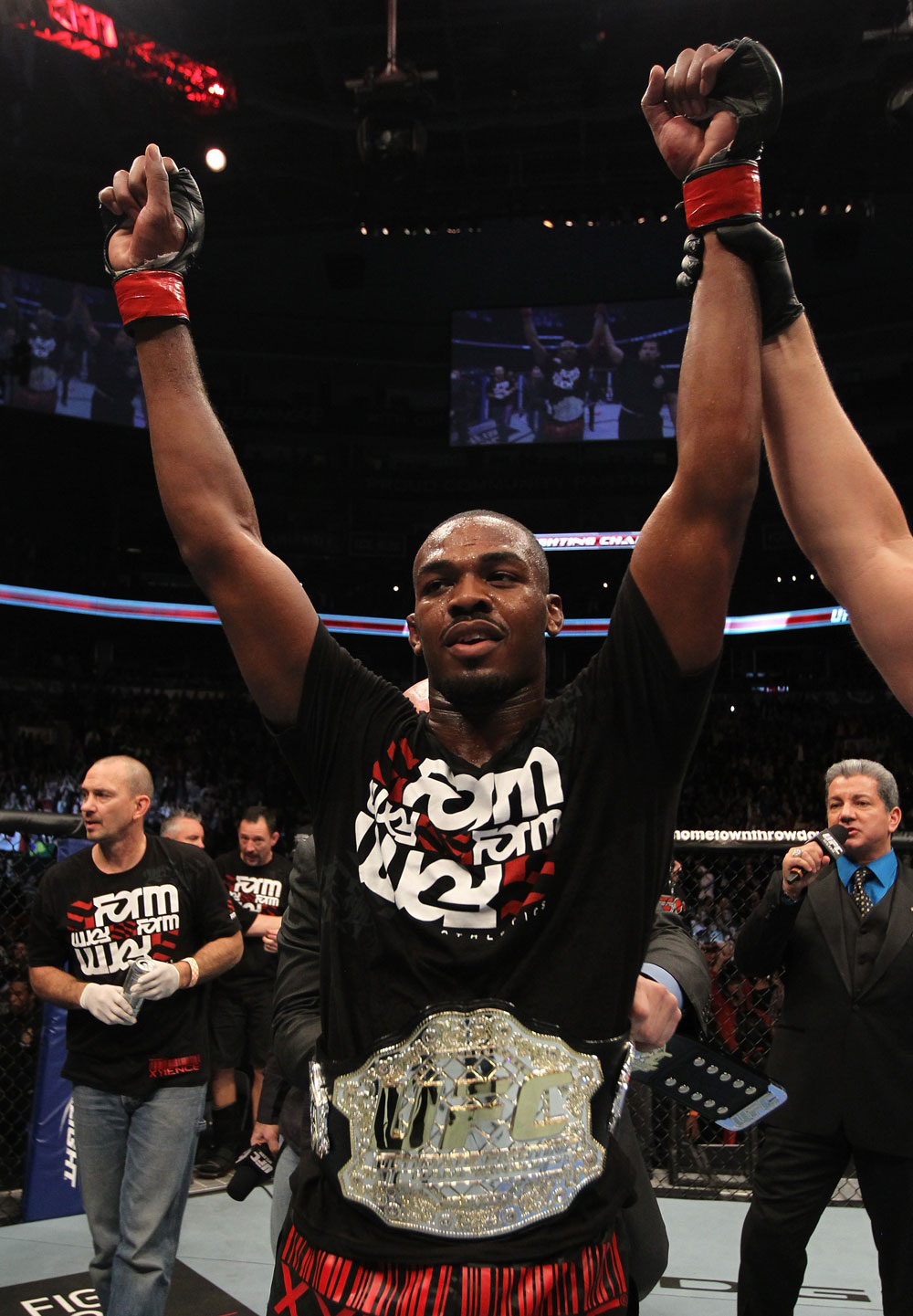 Any article written about Jon Jones is laced with superlatives. Conversations border on hyperbole. Anyone who watched him compete on Saturday night now understands why.

Jones ran into formidable opposition in the form of Lyoto Machida at UFC 140. The former champion was able to confuse and frustrate Jones throughout the first round. He darted in and out with punches. He countered Jones’ kicks with stiff left hands. And he continually moved and feinted.

The youngest champion in UFC history simply could not figure out the Machida puzzle through the first five minutes of the fight. He went to his corner with a look of concern for the first time ever. But I seriously doubt that trainer Greg Jackson was overly bothered by what he saw, because for all the frustration that Jones suffered in the opening round, two things were made abundantly clear to those closely watching the action.

First, Machida did not have the juice to stop Jones with a single shot. The champion ate at least two bombs right on the button. Both got his attention. Neither truly hurt him. That was in stark contrast to how Rashad Evans, Rameau Sokoudjou, Tito Ortiz, and Thiago Silva reacted when Machida hit them. For that matter, even iron-jawed Quinton “Rampage” Jackson seemed more affected by the punching power of “The Dragon” than Jones was. Thus, the only real question hanging over Jones heading into the fight—the quality of his chin—was answered with an exclamation point.

Jones scoring a submission win over Machida was nothing short of spectacular. Sure, Machida has now lost three of his last four fights, which raises some very real questions about where he truly stands among the division elite. But nobody has ever submitted him before. Jones is the first, and that is a very noteworthy accomplishment.

Another noteworthy accomplishment is becoming the first champion since Chuck Liddell to successfully defend the 205-lb title more than once. In fact, Jones is only the fourth man in history to do that, joining Tito Ortiz, Liddell and Frank Shamrock in the ultra-exclusive fraternity. It suffices to say that Jones has now officially made his “Bones” as a champion.

WHAT IS NEXT FOR JONES?

That is the proverbial $64,000 question. My guess is that he will take a well-deserved, somewhat lengthy vacation. He has mentioned a couple of times this year that he wanted to take some time off to rest, recover and work solely on technique, rather than preparing for a fight. For someone who competed four times in the last 10 months, that is a very reasonable request. But remember that we are talking about a guy who is still only 24 years old. He is in his absolute athletic prime, though still not yet in his fighting prime. My guess is a “lengthy vacation” means a couple of weeks of absolutely nothing and then a fierce return to the gym shortly after the New Year with an eye on a spring return to action. That is what I would be pressing for, if I was managing the champion. He should be looking to remain active so that he can continue to build upon each win, rather than remaining stagnant or even regressing from the lack of gym time during a long layoff.

Hendo is fresh off his thrilling, Fight of the Year caliber win over Mauricio “Shogun” Rua a few weeks ago. He isn’t getting any younger, so my guess is that he will want a relatively short turnaround, which means February or March. But there is no doubt that he would wait a month or two longer, if it meant the opportunity to face Jones for the 205-lb championship.

Evans is currently busy preparing for his January 28 battle against highly touted prospect Phil Davis on Fox. If he is able to defeat Davis, which is no safe assumption, by the way, then there is no doubt that he will get the title shot that has been promised to him for nearly a year. The key for Evans will be winning the fight without sustaining any injuries, so that he can quickly gear up for a spring bout.

Either one of those guys is a great matchup to test Jones’ skills. Hendo is arguably right there alongside Rampage as the most powerful puncher in the division. Evans is just a hair slower than Machida, in terms of foot speed, but he probably has equally quick hands. And both men are tremendous wrestlers.

While the questions surrounding the sturdiness of Jones’ chin were answered on Saturday night, nobody still has been able to question his ability to either get up from his back or successfully defend from that position. Hendo and Evans are probably the two most likely suitors to successfully put Jones on his back.

Remember, styles make fights. Could either of those two men be Jones’ kryptonite? Is Phil Davis, a tremendous amateur wrestler in his own right, going to throw a wrench into everything and secure a shot against Jones by dominating Evans? It is tough to imagine someone apart from those three men getting the next shot, but UFC President Dana White and matchmaker extraordinaire Joe Silva have surprised me more than once.

MIR BACK AMONG THE VERY BEST

Frank Mir had to feel like he was at a career crossroad when he was annihilated by Shane Carwin back in March of last year. His title prospects seemed all but gone after losing twice in three fights to cartoon-sized monsters like Carwin and Brock Lesnar. Sandwiched in between there was an extremely impressive win over Cheick Kongo, one in which Mir knocked the kickboxer on his backside with a strike before choking him out. Nonetheless, the Carwin loss had to be frustrating for the former champion.

Fast forward to today and everything seems different. Mir looked fantastic in his first round win over all-time great Antonio Rodrigo Nogueira. The world has always known that Mir was one of the very best submission artists among all heavyweights. Many believed, however, that Nogueira was in a class of his own in that regard, standing a safe step above Mir and everyone else. Not anymore. Defeating Nogueira via kimura corrected that misconception.

In my opinion, this is the best Frank Mir that the world has ever seen. He has completely evolved as a mixed martial artist since his terrible motorcycle accident in late 2004. Before the crash, he was nothing more than an average sized submission artist. He is now a monstrous submission guy with the standup chops to compete on the feet with just about anyone, except for maybe the very best strikers in the division. That makes for one heck of a fighter.

I still think that Mir is likely to struggle with Lesnar and Carwin. Again, styles make fights. But I certainly think he matches up much better against current champion Junior dos Santos or former champion Cain Velasquez than he does Lesnar or Carwin. I also think he matches up extremely well against Alistair Overeem, the man who faces Lesnar on December 30 for the right to next challenge for the heavyweight crown.

In other words, I firmly believe that Mir has a good shot at yet another run at the greatest title in sports. I think the perfect next fight for him would be a bout with newly conquered former champion Velasquez. That could easily serve as a next-in-line bout after Lesnar-Overeem. Plus, it is a terrific test for both men.