Michael DiSanto looks back at one of the greatest UFC fights of all-time, UFC 139's battle between Dan Henderson and Mauricio "Shogun" Rua... 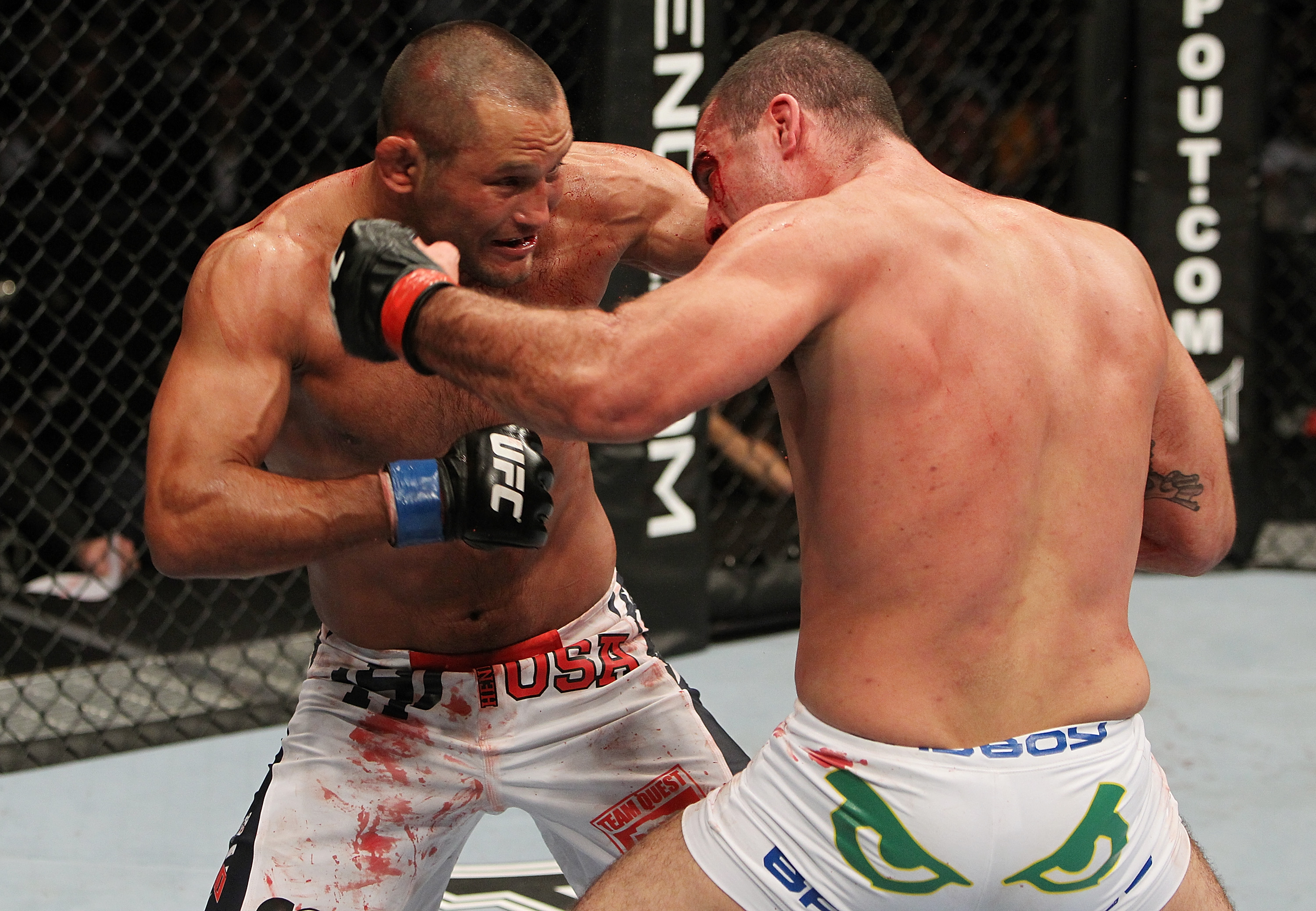 Anyone who missed UFC 139 needs to grab his or her remote control, flip to the pay-per-view channels and buy the replay. Don’t pass go. Don’t collect $200. Do grab a bowl of popcorn, nachos, a dozen hot wings, or whatever your favorite fight food is and get ready to watch one heck of a fight card.

Any time UFC President Dana White awards four Fight of the Night checks, you know it was a great night of mixed martial arts, and that is precisely what happened on Saturday night. Wanderlei Silva’s dramatic knockout victory of Cung Le, after Le easily controlled the first round, was a feel good moment for fans who have followed the career of the “Axe Murderer” over the last 15 years.  And Dan Henderson’s unanimous decision victory was….well…

I’ve watched hundreds of UFC fights over the years. I can say without any hesitation at all that the epic war between Dan Henderson and Mauricio “Shogun” Rua was the best five round fight that I’ve ever witnessed—an amazing testament to the human spirit.

Henderson easily won the first three rounds, almost stopping Shogun on a couple of occasions. I don’t think anyone would have complained if the referee would have waved off the action. But he didn’t. And Shogun came back strong.

The Brazilian won the championship rounds as easily as Hendo won the first three. He dominated Hendo with powerful strikes, takedowns and masterful ground game. I’m sure someone has been mounted more times in a single round in UFC history. But I cannot recall it happening. Shogun mounted Hendo so many times that I lost count at five.

For the record, I scored the fight 47-47, giving the first three to Hendo 10-9, the fourth to Shogun 10-9 and the final to Shogun 10-8. It was a shame that either man had to walk away with a loss. But this sort of thrilling back-and-forth affair was worth its weight in gold, so nobody can complain about the judges’ decision, even if they scored it for Shogun.

I’m sure both Hendo and Shogun will cringe when they read this, but I think they need to run it back, immediately. They will cringe because Saturday had to be the most physically painful and exhausting fight of their respective careers.

Look, Rashad Evans deserves the winner of Jon Jones and Lyoto Machida, assuming he is healthy enough to fight no later than April. He earned the right to fight for the title with his wins over Thiago Silva, Quinton “Rampage” Jackson and Tito Ortiz. Thus, Hendo needs an opponent, while he waits for Evans and the winner of Jones-Machida to play itself out. What better opponent than the man that just served as his dance partner in the greatest five round fight that I’ve ever witnessed.

Let’s run it back.

Henderson has always been something of an enigma in mixed martial arts. While most fighters travel down in weight in search of career longevity and greater success, Hendo prefers to do the exact opposite. The former two-division PRIDE champion knows that he can make 185 pounds any time that he wants to. He knows that he is fighting against guys closer to his natural size when he competes in the middleweight division. Yet, after a lackluster effort against Jake Shields at 185 pounds back in April of last year, Hendo decided to do away with cutting weight and return to competing at his walking around weight, which meant locking horns with opponents who often outweigh him by 15 or 20 pounds come fight time.

As odd as it seems, the numbers suggest that Hendo performs better against bigger guys. Since March 2008, he is 2-2 as middleweight, compared to 5-0 in bouts outside the middleweight division. That is a telling statistic, one that fits comfortably with Hendo’s disdain of cutting weight at this point in his illustrious career.

Absent a bout with Anderson Silva, which is something Hendo would never turn down, it seems likely that his short-term future in the UFC will be in the promotion’s glamour division. Hendo didn’t waste any time making his intentions clear, either. He posted on his Twitter account on the way to the hospital that he wanted his next bout to be against the winner of next month’s 205-pound championship bout between Jones and Machida.

For what it is worth, I think light heavy is the right way to go for the Team Quest star. He appears more explosive at 205 pounds, and his gas tank certainly appears to be deeper when he doesn’t have to severely restrict his caloric intake and sweat out 10 or 15 pounds of water in the days leading up to a fight. Plus, I just don’t see many middleweight fights piquing Hendo’s interest at this point in his career, aside from a second bout with Silva.

DESPITE THE LOSS, SHOGUN IS FAR FROM A LOSER

I have watched every single one of Shogun’s fights since he made his PRIDE debut back on October 5, 2003. Many of them twice or more.

Suffice to say, I thought I had basically seen everything that Shogun had to offer as a fighter before he stepped into the Octagon to face Hendo. Boy, was I wrong.

I didn’t think anyone in the 205-pound division, other than Forrest Griffin and Stephan Bonnar, fit that bill. Shogun’s effort in the face of extreme adversity was a career-defining moment for him. I don’t know if he will ever live up to the great hype that surrounded him during his PRIDE days, but I do know that a fighter with his level of skills and heart can never be counted out in any situation.

I’m sure Shogun is bitterly disappointed after coming up short on Saturday night. But I firmly believe that there was no real loser in that fight. I don’t think Shogun’s fighting star has ever been any brighter than it is right now due to his epic effort against Hendo.