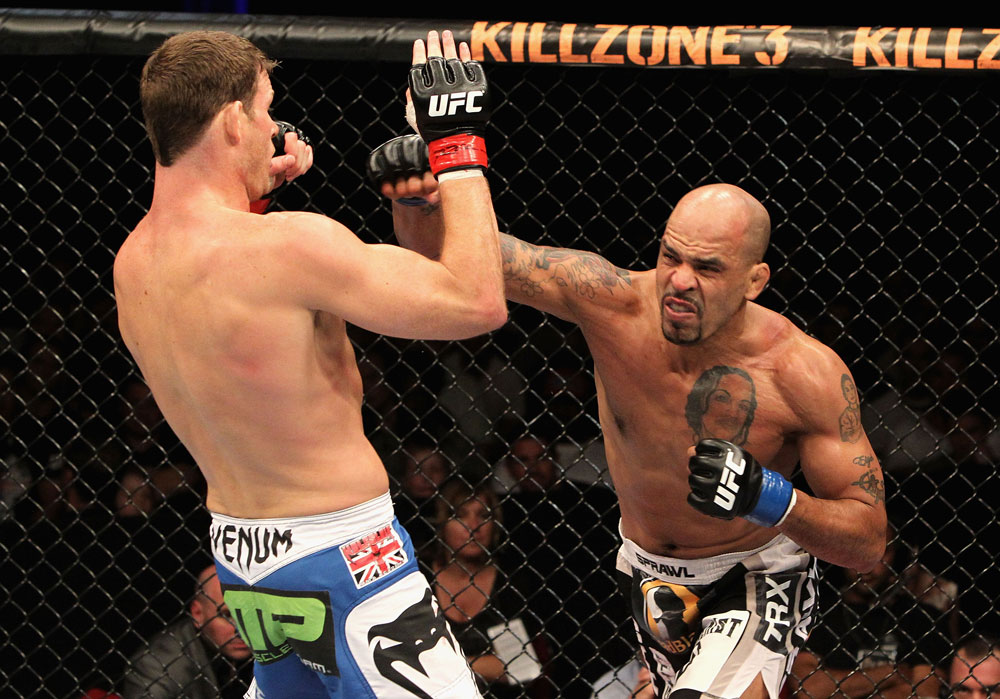 Originally scheduled to meet at UFC 122 in Germany last November, Jorge Rivera and Alessio Sakara will finally collide at UFC 133 in Philadelphia on August 6th, and while the fortunes of both veterans have changed a bit since last fall, all that’s done is make this upcoming bout even more pivotal when it comes to their fighting futures.

WHERE THEY’VE BEEN
Back in November of 2010, the UFC 122 co-main event between Rivera and Sakara was one of the most highly anticipated bouts on the card, and not surprisingly, it was because neither striker was going to have to look too hard to find the other in the Octagon. Despite Sakara’s increasing focus on his ground game and Rivera’s ability to handle himself if the fight strays to the mat, it was clear that this was going to be a striking match pitting the former pro boxer with the quick, accurate, and technically sound punches (Sakara) against the harder punching but wilder Rivera. And with seven TKO or KO losses between them leading into the bout, the odds were good that the fight was not going to reach the judges’ scorecards. Plus, Rivera and Sakara headed into battle with matching three fight winning streaks, making it clear that the winner would likely head into the title picture.

But on the day of the fight, Sakara got ill and was forced to withdraw from the contest. Nine months later, they’ll try it again.

WHERE THEY’RE AT
On the same day of Sakara’s withdrawal from their fight, Rivera made it clear in interviews that he wouldn’t mind throwing hands with British star Michael Bisping. Thus began a long trash talking battle that got Rivera the fight and got the New Englander under the skin of “The Count.” Bisping got the last laugh though, as he scored a second round TKO of Rivera at UFC 127 in February.

Sakara’s return to the Octagon wasn’t much better, as he was upset by highly-touted prospect Chris Weidman in March. It was Sakara’s third opponent for the bout, and he was unable to get untracked against the debuting New Yorker, losing a three round unanimous decision.

This brings us to August 6th and a key bout for both fighters. Rivera has fought with his back against the wall before, rebounding from a 1-2 stretch in 2007-08 and the tragic death of his teenage daughter to win three in a row in 2009-10. After a quick start to his UFC career in 2005, Sakara was extremely erratic, going 2-4 from 2006 to 2008 before reeling off his own three fight winning streak from 2008 to 2010.

Needless to say, both have seen their ups and downs, and while it looked like things were on the upswing, each fighter’s 2011 setback has allowed question marks to crop up once again.

WHERE THEY’RE GOING
The 39-year old Rivera has been in with the best of the best over the course of his career, and while 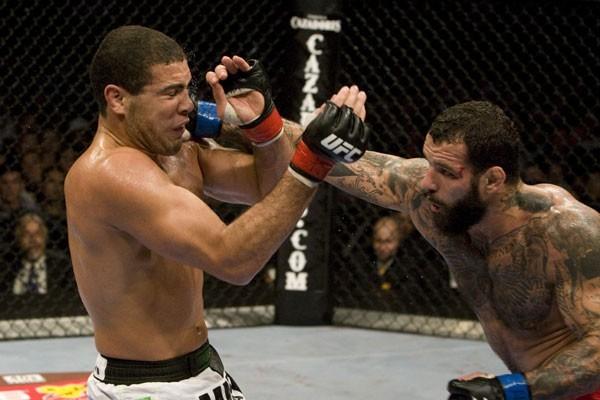 he has hinted at an impending retirement, his recent visit to Greg Jackson’s camp in Albuquerque points to “El Conquistador” still looking to improve his game for another run at the top dogs at 185 pounds. Plus, the illegal knee he took from Bisping in the first round of their bout produced at least a little doubt as to the effect it had on him until the end came in round two. And sometimes, a little doubt is all a fighter needs to spur him on and say ‘hey, if not for that, I could have won.’

On the Sakara side of the equation, at 28 he still may be approaching his physical prime, and continued work with American Top Team will only round his game out even more.

So when it comes to upside, Sakara definitely has the edge, but Rivera is one of those fighters who competes even harder when you doubt him, and with his finishing power, all it takes is one shot to change a fight.

WHAT TO LOOK FOR
Despite his fast hands and technical striking edge, Sakara may want to test his ground game against Rivera simply to prove that he can win a fight there. Plus, getting cracked by one of Rivera’s hooks or crosses isn’t the way any fighter wants to spend his Saturday night, unless he wants it to be a short one. Sakara has been stopped before, and in a toe-to-toe standoff, speed and accuracy goes to the Italian, but Rivera only needs to land one to equalize things.

From the Rivera corner, his best shot at winning is to get close, brawl it out, and swing for the fences. If he can take Sakara out of his rhythm and force him into a firefight, Rivera’s odds of winning increase significantly. A distance or ground fight favors Sakara on paper, though Rivera has proven to be sneaky on the mat when forced there.

The wild card in Rivera-Sakara may be Rivera’s work with Greg Jackson. Jackson is one of the game’s premier strategists, and if he can get a wily vet to learn some new tricks, he may be the deciding factor in what promises to be an entertaining battle for as long as it lasts.