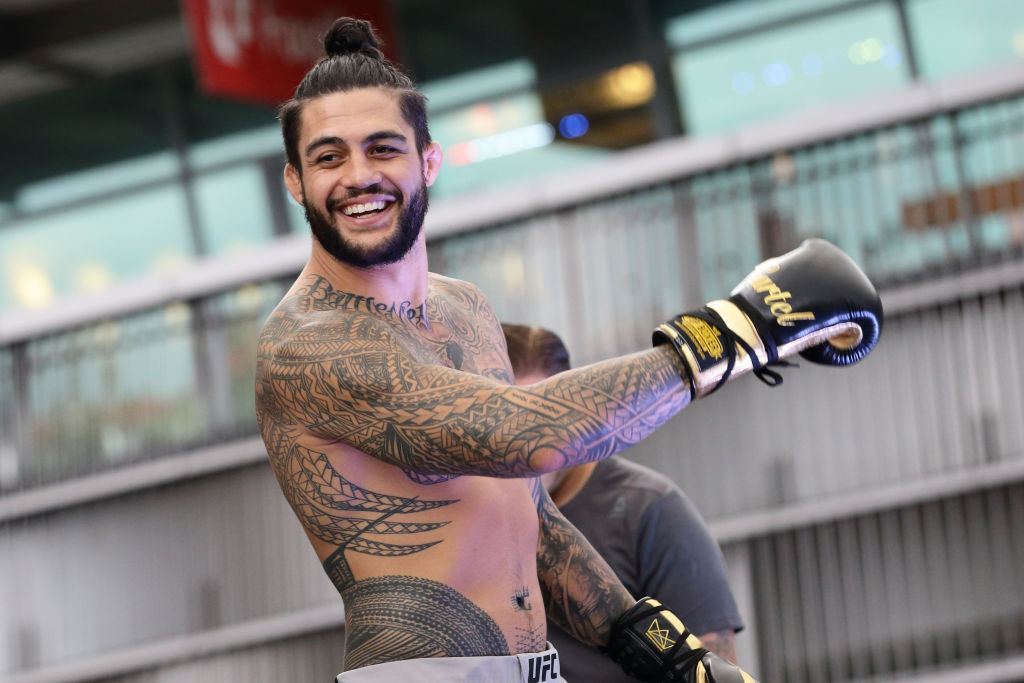 Along with his brother-in-law and podcasting partner Tai Tuivasa, light heavyweight Tyson Pedro is one of the fastest rising stars in the UFC. A key face in the so-called Australian Takeover, he represents his country alongside the likes of middleweight champ Robert Whittaker, Mark Hunt and many, many others currently making waves throughout the promotion. We caught up with him at the media day for Fight Night Singapore where he'll face perhaps his biggest test to date when he meets Ovince Saint Preux in the co-main event.

UFC: Here you are, along with Tai Tuivasa, Robert Whittaker, Megan Anderson and so many others at the front of the Australian Takeover. And your father [John Pedro] was instrumental in legitimizing the sport in Australia. I have to imagine he’s immensely proud. Does he ever talk to you about it?

TP: Yeah, me and my dad have a weird relationship where pride comes through ass-whoopings [laughs]. I know when Dad is happy with me, he says it in his own way. There’s only been a few moments where he says he’s proud of me, but you know, you get that feeling, that father-son bond. But that’s all I’m doing with fighting, just trying to make my family proud. They’re the people that will always be with me no matter what, and they’re the people that I really fight for.

UFC: I know you and [brother-in-law] Tai Tuivasa were already close, but what is it like to look over and see a friend who is also coming up huge in the UFC, on a similar trajectory as you?

TP: Exactly. We’re heading in the same direction, but we’re on different paths, that’s the way I say it. We’re very different people, but we’re from the same area, we grew up similarly, but we just have very different paths. Like I’ve always said, I hope for nothing but the best for Tai. I hope that he gets to the top and becomes world champ. And the same for me. But it is really cool having someone next to you who can understand everything that you’re going through, the mental battles and the whole thing, so it’s cool to see him along on the ride as well. I’m so happy for him.

UFC: We know you spend some time at Jackson-Wink MMA. What is that experience like and what do you take away from it?

TP: Jackson Wink is the best, I’ll always go back there for my camps. I got to spend time with Brandon Gibson, Coach Winkeljohn and Greg Jackson this camp. Having that mastermind group is always an awesome time. Then I was also staying at the [Donald Cerrone's] BMF Ranch where I was wrestling with Jafari and coach Harry. Awesome experience. Probably one of the best camps I’ve had there experience-wise, and the what I learned in that short amount of time.

UFC: What’s something about Cowboy Cerrone we wouldn’t expect?

TP: Everything you’d expect is exactly what you get. What I wasn’t expecting is being a light heavyweight and having to live like a welterweight. The don’t eat! They just train. I need to sleep. I need to nap. I need some food in there, some sustenance. I need to refuel. They just keep going.

UFC: After Saturday, how fast do you want to get back in the Octagon?

TP: Straight away. If everything goes as planned and I come out injury-free, then [I want to get] straight back into it. I want to get one more this year, maybe the Australian card. I need some money! Christmas is coming and my wife is asking for Louis Vitton [laughs]!