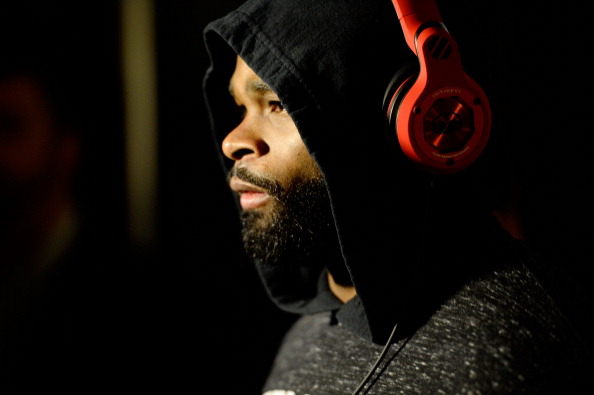 Tyron Woodley may have only been six years old when N.W.A’s seminal album Straight Outta Compton was released in August of 1988, but once he got a dose of it when he was older, he was hooked, and he didn’t care who knew about it.

“I remember getting my butt whupped for listening to that,” he laughs. “My dad was a pastor, and I was sneaking it. Back in the day we used to dub a tape and cover up the part on top so we could actually record over it. I had it labeled as something that it wasn’t, and man, I got the skin torn off me for listening to it.”

That was the reaction of a lot of parents back then, but for the young people listening to Ice Cube, Eazy-E, Dr. Dre, DJ Yella and MC Ren document their lives in the city of Compton, it was life-altering, not just as something to listen to, but as a record that Woodley aptly describes as “revolutionary.”

“At the time,” he said, “there was not a ton of gangsta rap out, and it really changed the game. They (N.W.A) were just street reporters. They told people what was going on 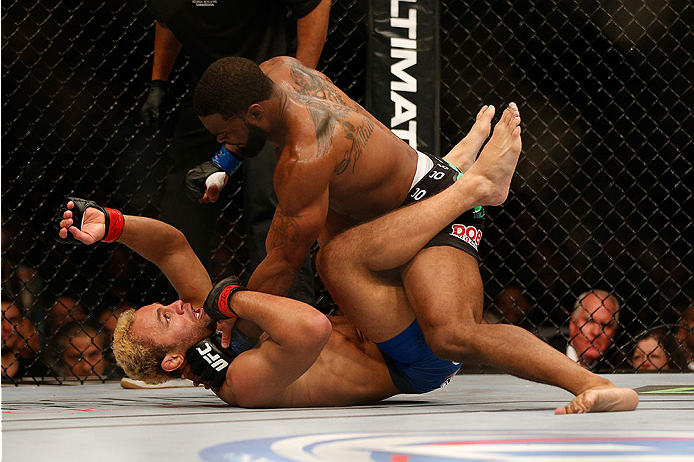 in Compton. They didn’t tell you to go out there and do it yourself, but they expressed what they were going through, their frustration with the police officers, and just how it was to grow up in that area. I appreciate what they did, they evolved, and they put themselves in a better position.”

These days, given the state of the union and the tensions everywhere from Ferguson (Woodley’s hometown) and Staten Island to Baltimore and Waller County, the album may mean even more than ever, even if today’s music doesn’t generally cover topical issues the way N.W.A did. Woodley disagrees.

“There are still artists who are rapping about something,” he said. “B.O.B., Kendrick Lamar, they’re guys who are lyrically talented artists with a conscience. I also like Common’s style, and I think that you should use your gift of being very creative lyrically to inspire people and to tell a story, whether it’s fiction, non-fiction, or if you’re just talking about what’s going on in the club scene. You should really give people an escape and that’s what music is for. It’s so they can relate or escape.”

On Friday, moviegoers will get a reminder of the revolution of 1988 in the form of a film about N.W.A, “Straight Outta Compton,” which introduces a new generation to the Californians’ story and letting them know that Ice Cube isn’t just the guy in those comedy movies and Dr. Dre isn’t just the headphones guy. 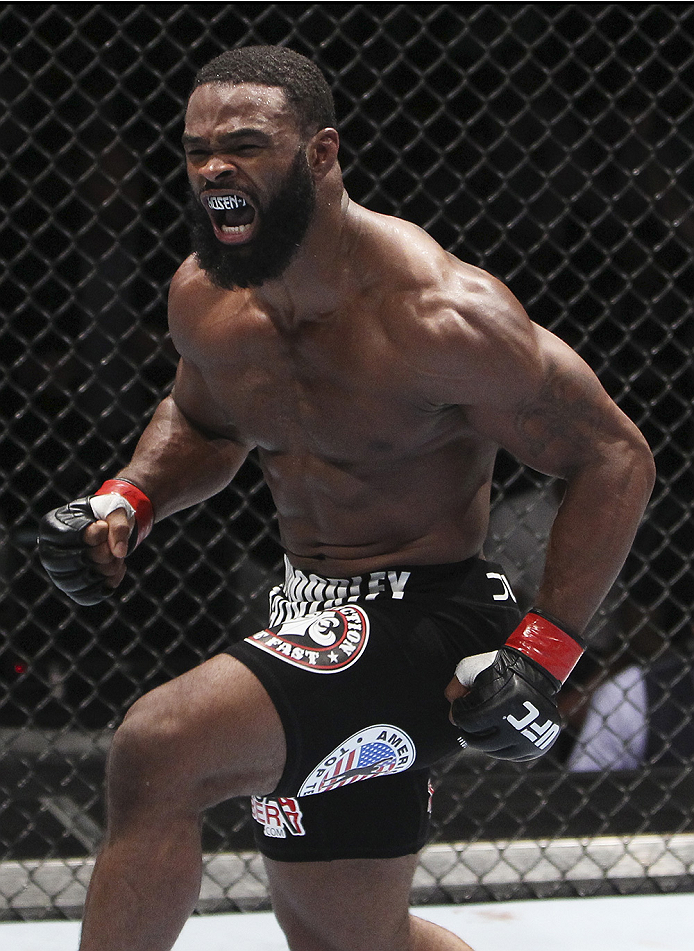 The film will also let UFC fans know that Woodley isn’t just the welterweight division’s number three-ranked contender, but an actor as well, as the 33-year-old plays Da Lench Mob’s T-Bone in his biggest role to date.

“I’m excited about it,” he said. “It was a great opportunity for me to be showcased in a historical film, so I’m pumped about it. And it’s important because somebody had to have the balls to make this film. It’s a film that a lot of people may not have originally wanted to happen, and Universal stepped up and said ‘we’re gonna do this, we’re gonna tell this story and we’re gonna put it out there.’”

As Woodley discusses the film and N.W.A, he’s standing at a scrimmage between the Washington Redskins and Houston Texans, he’s in demand from all segments of the sports and entertainment world, and he’s likely going to be in line for a shot at the welterweight championship should he beat Johny Hendricks at UFC 192 on October 3. That’s quite a run for Mr. Woodley.

“It’s all humbling,” he said. “It’s all part of the process, but I didn’t ever foresee any of these things happening. It’s just a blessing and I try to remain humble and modest as these things are happening. Wiz Khalifa hit me up and wanted me to come to his show, some other rappers did the same thing. People who saw a private screening already told me that I got a lot of camera time in the movie, and I’m excited about this. I’ve been in some films before, but this is a big step for me.”

He even got the fight he asked for in Hendricks. And though most contenders with wins in four of their last five over the likes of Carlos Condit, Dong Hyun Kim and Kelvin Gastelum might have been tempted to wait until their name was called to fight the champion, Woodley went right after “Bigg Rigg.” It’s not a personal thing, just business, and when he’s taking care of business, Woodley is shooting for the toughest challenge available.

“I’m still a sportsman,” he explains. “Even though we’re in the entertainment industry, I’m a sportsman, and I feel like I needed one more significant victory (to get a title shot). The goal is to be legendary, the goal is to beat the best of the best and measure yourself against the top guys, and Johny’s a top guy to me. Eventually, it’s going to get me to a different point in my mind to go out here and compete against this dude.

“I changed my mindset over the last few months on the title picture and the fights,” Woodley continues. “I’m gonna be

one of the best guys in the world for a long time and I’m gonna fight for the title and be a champion, and I have to get myself to a point where I’m okay fighting the best and beating the best and doing that and not focusing so far down the road. I did that with Rory (MacDonald) – I was focusing so far ahead, saying this is it, I’m about to beat this guy and get my shot, and then I got the rug snatched from underneath me. It took my mind off doing what I needed to do, and it put me in a position where I was really not focusing on the fight as much as I should have.”

That won’t happen against Hendricks or ever again. But for now, Tyron Woodley, thespian, is focusing on his Hollywood turn and a nice break from the face punching business, as well as the realization that being in “Straight Outta Compton” is almost like coming full circle.

“It (the album) meant a lot because it showed kids from the inner city and kids from the hood that found a way to make it out,” he said. “And that’s my story as well.”