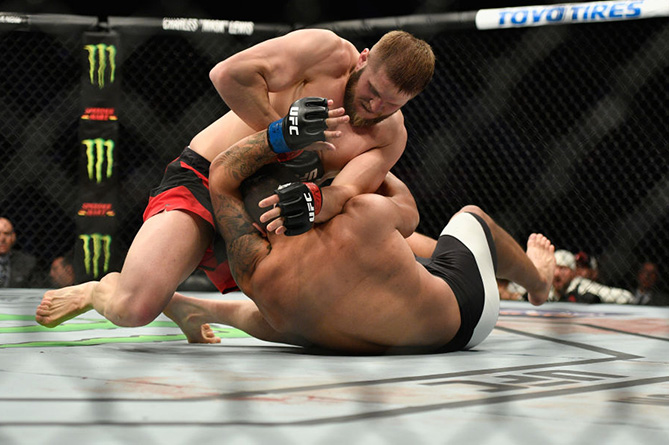 Poland’s Marcin Tybura has competed around the world during his career as a mixed martial artist. But did you know that he is unbeaten in the United States heading into his Sunday co-main event in Austin against Derrick Lewis?

Tybura didn’t, but even with this morsel of trivia in his back pocket, he’s not guaranteeing himself victory just because of that.

“It doesn’t matter where I fight,” he said. “I’m always thinking about how I’m prepared, how much work I put into preparation and that kind of stuff. Why I feel confident about this fight is because of what I did in my camp, not because of where I’m fighting.”

The 32-year-old is happy to fighting in the States, though, especially after back-to-back flights for bouts in Singapore and Australia that can wear down anyone. So a quick jaunt from New Mexico to Texas is just fine with “Tybur,” who was embracing the weather in Albuquerque when we spoke in the lead-up to this fight.

“It’s kind of hot here,” he laughed. “It’s much different than in Poland. But I enjoy it. Right now in Poland there is snow and it’s a negative temperature, so I like it here.”

That’s one reason to pack your bags and make the move from home, but the main reason the No. 9-ranked contender has been spending the last couple camps in the ABQ has nothing to do with the weather.

“I always thought about moving to the U.S. and doing my camps in the States,” he said. “And I was thinking about joining Jackson-Wink. That was the most famous gym, so I always wanted to do it, and when I decided to move to the States, that was my first choice. I knew these guys by watching the fighters who prepared here, and coach (Mike) Winkeljohn and coach (Greg) Jackson are the most famous coaches in the sport. So that was my first choice, and here I am.” 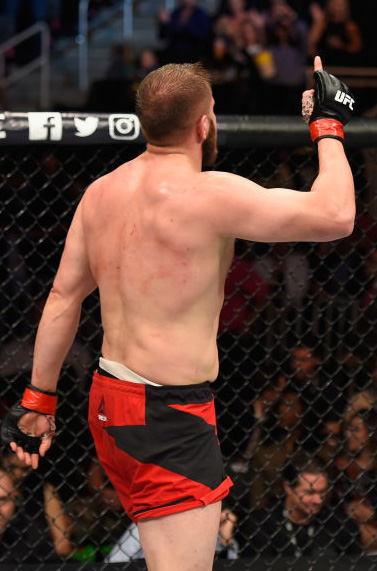 Unfortunately, for Tybura, his first opponent under his new training arrangement was vastly different than the one he prepared for, as Mark Hunt was pulled from their Sydney bout and replaced by Fabricio Werdum. That was no picnic, going from a 5-10 striker to a 6-4 jiu-jitsu black belt, but Tybura accepted the switch immediately.

“It’s not my first time changing opponents or even having my fight canceled, but when I found out that Mark Hunt was out, that was a little devastating,” he said. “Why is it happening again? And actually, at this point, Werdum was the bigger challenge. But I joined the UFC to challenge myself as much as possible. Maybe it came a little bit sooner than expected, but I came to the UFC to fight with the top guys. So I decided straight away. I just needed to speak with my coaches to see that they were okay with it.”

They were, and while Tybura lost a five-round decision to the former heavyweight champion, he performed well in defeat and proved that he could hang with the big guns in the division. Of course, he didn’t take the loss easily when it was over, but eventually, he pulled whatever positives he could from it and moved on.

“For sure, that gave me extra confidence about my career in the UFC,” Tybura said. “Obviously, it’s still something that when you go to the fight you want to win it, so losing that fight was still something that bothered me a few days after the fight. Even though I knew I was a big underdog in the fight and people said my performance was good, I had five days struggling with this loss. But now I’m feeling like there’s a bright future for me in the UFC.”

It all starts in Austin.