Two fights in a month now normal for Cynthia Calvillo 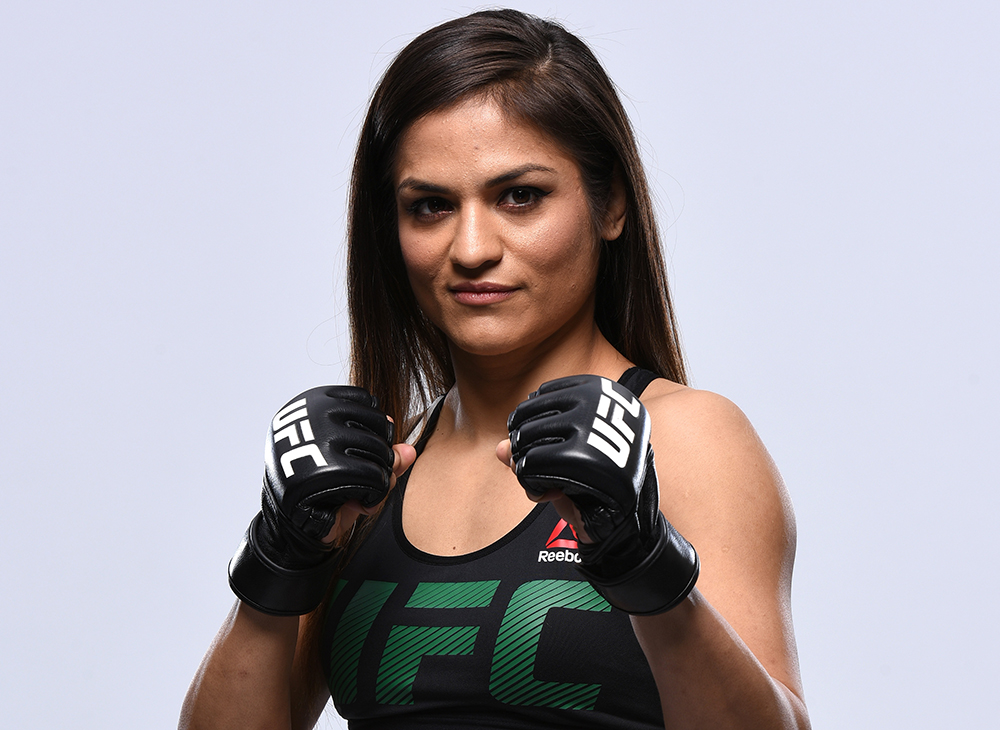 If the name Cynthia Calvillo sounds familiar on the UFC 210 card, it’s because you just heard Bruce Buffer declare her a first-round winner by submission at UFC 209.

Cynthia Calvillo made her UFC debut on March 4, submitting Amanda Cooper on the UFC 209 main card. Now she’s building on that successful launch with a second fight in a five week span, with a spot on the UFC 210 main card in Buffalo on April 8.
RELATED: Check out Calvillo's main card fight against Pearl Gonzalez | Fighter bio

For some, this accelerated schedule might sound special or remarkable. Not for Calvillo.
She made her professional MMA debut on Aug. 27, 2016, winning by TKO, and she has not stopped from there. Calvillo has been busy, competing in four fights, including her UFC debut, in less than a year.

Is she in a hurry?

"I'm not in a hurry, I never thought I will be fighting again that soon,” Calvillo said with a huge laugh. “It's Dana White's 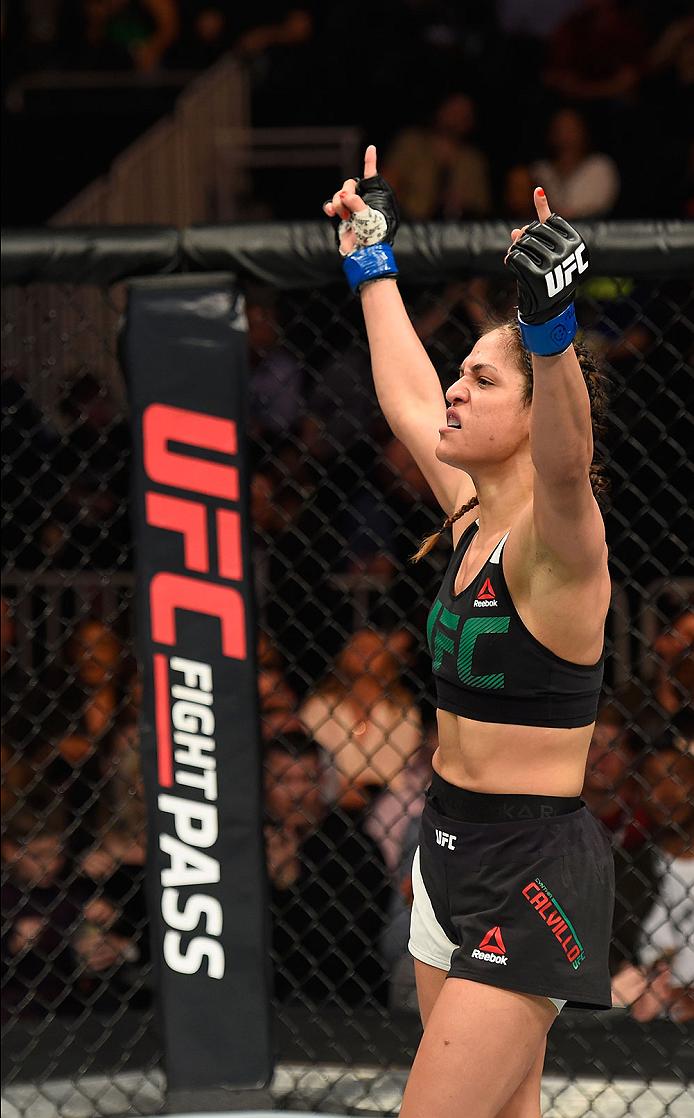 fault! I was having breakfast when he called me and asked if I wanted to be in UFC 210; how could I reject that opportunity? Sure, I had to stop eating right away, but I made it happily. "

However opportunistic this has been, Calvillo is a professional and knows eventually she needs to slow the pace.

"I want to do things right,” she said. “For a woman is not so easy to cut weight so many times, and I cut 15 pounds, so I will have a full camp for next time."

And although her professional career path may seem swift, it’s actually the product of many years of hard work and a clear objective in Calvillo’s mind.

"I've been a professional for just seven months, but I deserve to be here,” she said. “When I was in the Octagon I felt happy. Since I started training martial arts I was getting ready for the UFC. I remember the news when they said that Ronda Rousey would be the first woman to fight in the UFC. I was happy, because I knew that one day I would be fighting here.”