Twenty Years Later, a New Gracie Arrives in the UFC 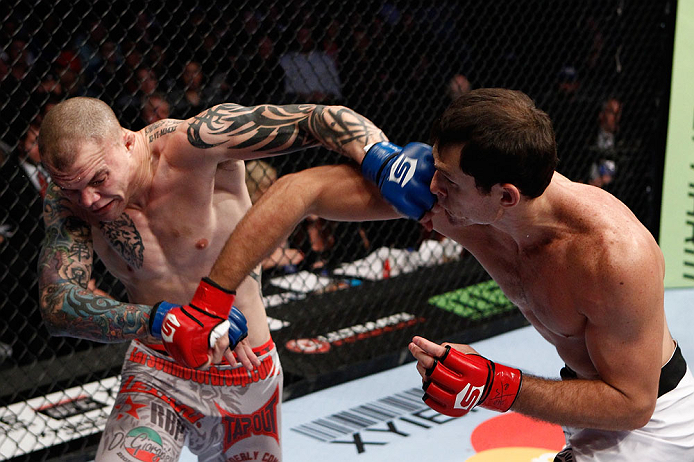 Some UFC debuts are more significant than others. Roger Gracie’s first bout in the Octagon against Tim Kennedy this Saturday at UFC 162 falls into that category.

Why? If you’re reading this, you know why, but if you’re new to the game, let’s just say that when you’re the fourth member of the legendary Gracie family to compete in the UFC, and you’re doing it in the 20th anniversary year of the promotion’s first event, the one where Royce Gracie basically created a sport, that’s a big deal. But is it as big for the family as it is for the fans and media?

“I think it’s a bit of both,” laughs Roger, who follows Royce, Renzo, and Rolles Gracie into the Octagon. “Of course it’s a big deal for the family. The UFC was created by one of us, and we have generation after generation of tradition and being a part of this. So it’s a big deal and it brings the Gracie name higher and higher. And that’s a hard job. But I’m a Gracie, I represent the Gracie family every time I fight, and it’s my job to do my best to make sure I keep up the legacy.”

That’s not an easy task, but the 31-year-old from Rio de Janeiro seems to be handling things just fine at the moment. That’s a cool you have to develop early with a last name like Gracie, and after piling up title after title and medal after medal as a top-level jiu-jitsu black belt, there was little question that MMA was going pull him in, and in 2006, he debuted with a first round submission of UFC vet Ron Waterman. And though there were rumblings among fans about getting him into the Octagon even then, that wasn’t something he focused on.

“I never really thought about a specific event or a specific fighter,” he said. “I always knew that at some point in my life I was going to start doing MMA and when I first started, PRIDE was bigger than the UFC. Then the UFC started growing and of course, I’m very happy to be fighting for the UFC. I think it’s by far the biggest MMA event in the world, and I’m happy to be part of it.”

There would be some work to do first though, as well as a couple growing pains. Nearly a year and a half after his first pro MMA bout, Gracie competed in his second contest, against finishing a UFC vet, this time Yuki Kondo. Another two years passed before his next bout, and after submitting Kevin Randleman in Strikeforce, he kept a more active schedule, but also suffered his first defeat, getting knocked out by Mo Lawal in September of 2011. Following the loss, Gracie dropped to 185 pounds and began to show a greater development in his overall game. Jiu-Jitsu would always be his bread and butter, but in wins over Keith Jardine and Anthony Smith, he did show the ability to hold his own on the feet. So where does he see himself heading into the Kennedy bout?

“It’s hard for me to judge myself,” he said. “I consider myself a pretty good athlete, and I love training, and I just try to get better no matter what I do. I enjoy training MMA, I enjoy training the standup and the takedowns, and of course I love training on the ground. I think the more I train, the more I improve naturally. And that will never stop because I will never stop training. So naturally, I will just keep getting better and better.”

Gracie also believes that despite his last name, he hasn’t been rushed, a surprising admission considering that five of his first seven opponents were UFC vets, with Lawal being a former Strikeforce champion.

“I think it’s come at a good pace,” he said. “Everything has been happening naturally. I don’t know what will happen next, but we will see.”

What you can count on is that no matter how far the rest of his game develops, he’s sticking with the family business when it comes to his primary plan of attack.

“Compared with everything I do, that’s what I still train the most,” said Gracie of his family’s brand of jiu-jitsu. “That’s my main weapon. No matter how much I enjoy the standup, I’ll always have a much bigger advantage over anyone on the ground.”