After dropping his short-notice debut, Jalin Turner is excited to show what he can do in what he feels is his real "debut."
By Thomas Gerbasi • Feb. 8, 2019

For his first international fight, Jalin Turner couldn’t be happier to be traveling from California to Australia.

“I’ve always wanted to go to Australia, that’s my dream place to go, so it being the first place I get to go to is pretty awesome,” he said. “It’s meant to be.”

And yeah, fighting Callan Potter on the UFC 234 card in Melbourne, being back at his natural weight of 155 pounds after a debut loss to Vicente Luque at welterweight, and getting a chance to break into the UFC win column for the first time are all good reasons for him to be excited. 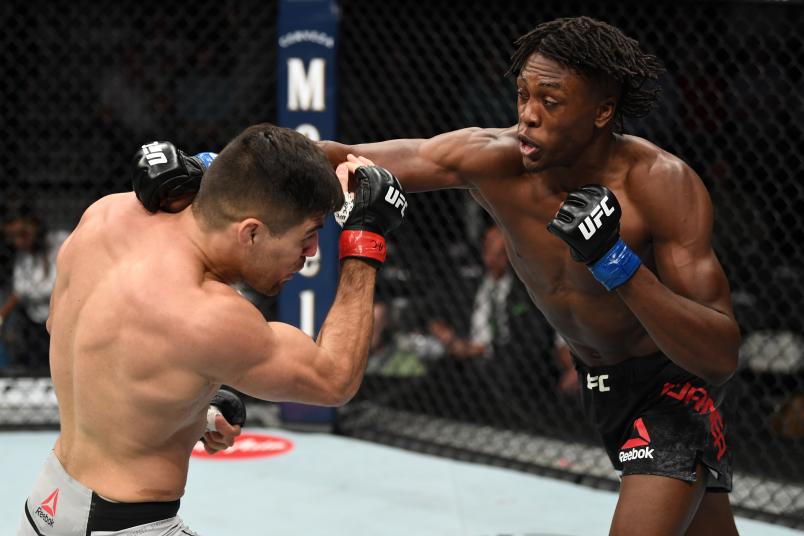 But mention the name of Steve Irwin, the late host of “The Crocodile Hunter,” and that’s when “The Tarantula” really gets amped up.

“I grew up watching ‘The Crocodile Hunter,’” said Turner, who named Irwin as one of his heroes on his UFC bio. “I’ve always been into nature, always been into animals and he was one of my biggest inspirations for it. I’m still into animals to this day. That’s how I got the nickname ‘Tarantula,’ because I love tarantulas and I love animals. He’s been that guy for me. I’ve always looked up to him since I was a kid.”

In Irwin’s honor, Turner hopes to hit the Melbourne Zoo after this weekend’s bout, but there is that weekend business to take care of, and the 23-year-old got a little jolt to his plans when Alex Gorgees was replaced by the veteran Potter. Turner wasn’t rattled, though.

“The change wasn’t that drastic,” he said. “He (Potter) is still a taller fighter and I actually like this fight a little better, to be honest, because he comes forward a little more and I love counterpunching – that’s one of my favorite things to do. I feel like it plays really well into my style. His ground game, that’s the only difference I can compare between him and Alex. He’s a black belt in jiu-jitsu, so I’ve got to watch out for that a little bit, but I’m not really worried about it. I still feel like I’m stronger in the aspects that he’s good at. My MMA jiu-jitsu isn’t that bad and I’m not even worried about going to the ground with this guy. I love the fight.”

You get the impression that Turner would love any fight at this point, as long as it was at 155 pounds. Of course he couldn’t down the short-notice call to the UFC last October, even if it was at 170 pounds against one of the hottest fighters in the division, but he did get a reminder that for him to be at his best, he’ll have to be at lightweight. 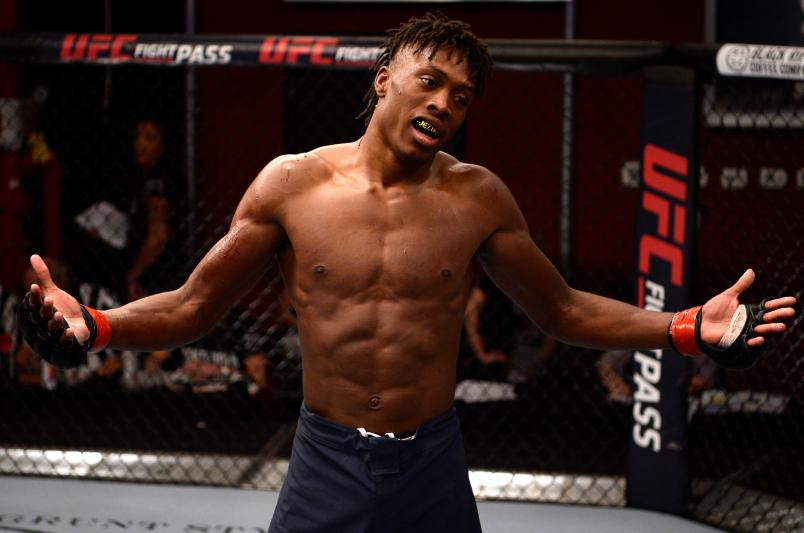 “I feel like this is my debut,” Turner said. “This is my weight class, it’s where I normally fight at, I’m gonna be in my comfort zone and I’m gonna be in my element. I had a longer training camp, it’s not two weeks’ notice, I get to display what I can do, and I’m super excited to do that.”

He’s not even bothered being the “bad guy” fighting an Australian in Australia.

“I’ve actually got some Australian friends that are looking out for me and they’re on my side, so that’s pretty cool,” he laughs.

“Pressure doesn’t really bother me,” he said. “I actually like being under a lot of pressure when I go fight. I feel like this is where I need to be, and I want to be one of those big names that are bringing all those people in and that people want to see fight and admire.”

So in a perfect world, does Turner make his move in 2019?