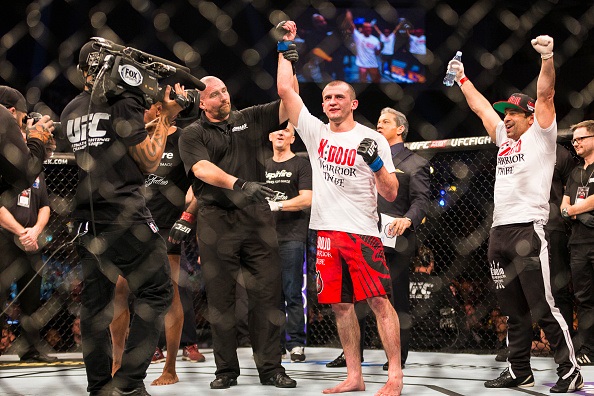 The first round was a chess match, with Musoke doing the better work thanks to a steady stream of body kicks and counterpunches upstairs. In the second though, Tumenov evened the score with sharp punching attacks while the workrate of the bloodied Musoke dipped.

Musoke sought several takedowns in round three, but was turned away by the Russian, who impressed with his solid boxing game and takedown defense. Musoke kept pressing, but it was Tumenov’s more telling blows – as well as a final minute takedown – that proved to be the deciding factor in the bout. 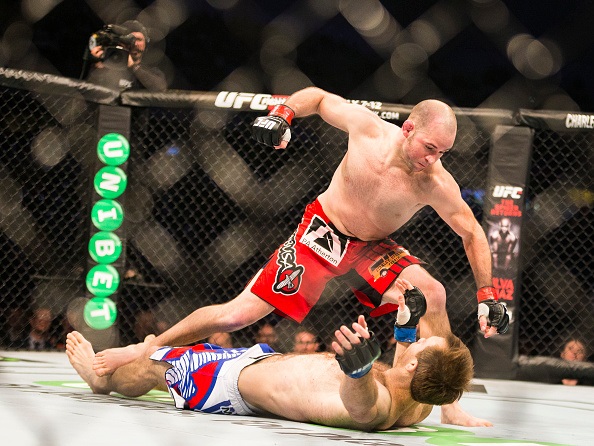 Putting the pressure on from the start, Robertson (15-3) didn’t give Aliev any time to get untracked, and after a kick by the Russian, the UFC vet fired off a left to the jaw that stunned Aliev (13-2) and put him down. Follow-up strikes brought in referee Bobby Rehman to stop the fight at 2:42 of the opening round. 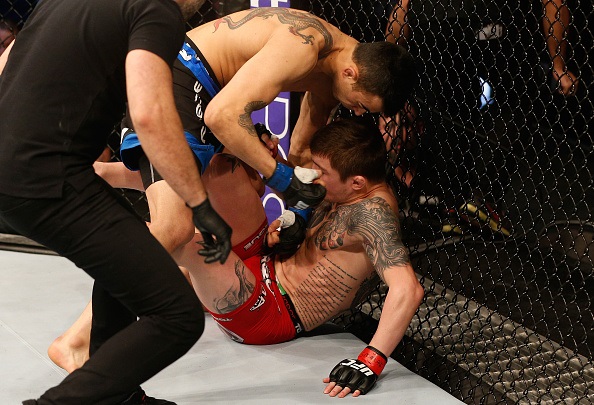 AMIRKHANI vs. OGLE
The UFC debut of Finland’s Makwan Amirkhani couldn’t have gone any better, as he stopped Andy Ogle just eight seconds into their featherweight bout.

Amirkhani raced out of his corner at the opening horn and cracked Ogle with a flying knee to the body. Amirkhani followed up with an uppercut that put Ogle on the seat of his pants. A couple more shots brought in referee Kevin Sataki to stop the fight, a stoppage protested by Ogle, but to no avail. 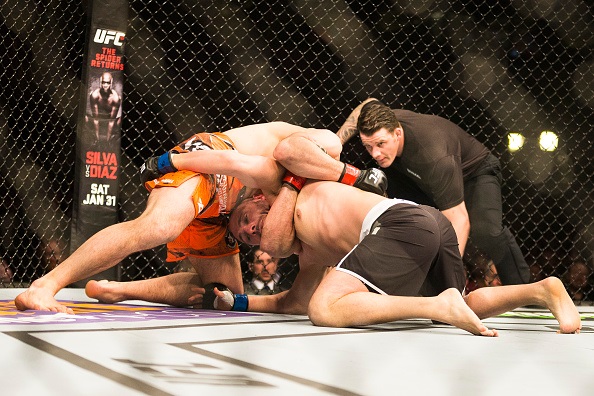 KRYLOV vs. NEDKOV
After nearly two years out of the Octagon due to injury, Stanislav Nedkov didn’t get the result he wanted in his light heavyweight bout against Nikita Krylov, as he was submitted early in the first round by “Al Capone.”

Krylov caught and hurt Nedkov early, but the Bulgarian had the presence of mind to go for a takedown. Krylov capitalized though, sinking in a guillotine choke that forced a tap out by Nedkov at the 1:24 mark. 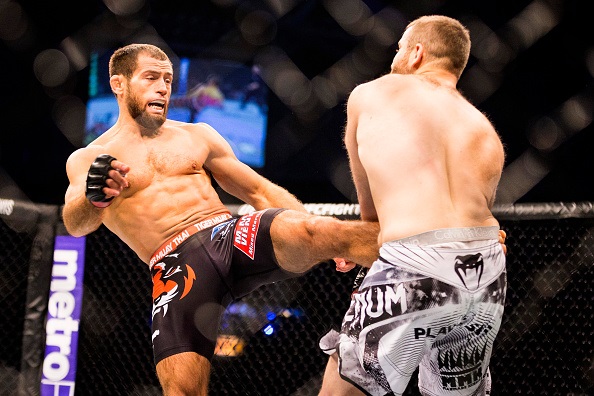 TAISUMOV vs. CHRISTODOULOU
Lightweight up and comer Mairbek Taisumov had little difficulty with UFC debutant Anthony Christodoulou, finishing his opponent in the second round.

Taisumov was on target with his leg kicks as the fight began, and he mixed things up nicely with kicks to the body and punches up top before throwing Christodoulou to the mat two minutes in. Once the Athens product rose, Taisumov went back to chopping him down, and the fight was rapidly becoming a blowout.

In the second, a failed takedown by Christodoulou turned into a victory for Taisumov, who threw the newcomer off and finished him with a series of ground strikes at the 38-second mark.

Taisumov improves to 23-5 with the win; Christodoulou falls to 12-5. 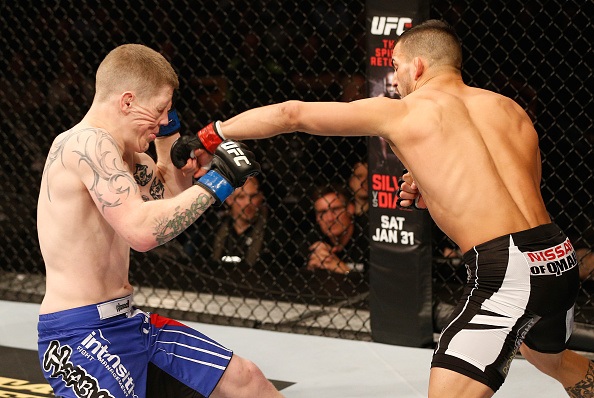 BEKTIC vs. REDMOND
In his first bout since April of 2014, featherweight prospect Mirsad Bektic kept his unbeaten record intact with a workmanlike three-round unanimous decision over Irish debutant Paul Redmond, a late replacement for the injured Alan Omer.

Bektic (9-0) turned a Redmond (10-5) takedown attempt into a top position spot for himself in the opening minute, allowing the Bosnia native to bloody his foe and pile up some points throughout the rest of the frame.

It took a little longer for Bektic to get the fight back to the mat in round two, but the result was the same, with Redmond having no answers for his opponent’s ground and pound attack, a situation that didn’t get any better for the Dubliner in the third round, who got a rude welcome to the UFC.