TUF's Baczynski not ready to 'hang em up' just yet 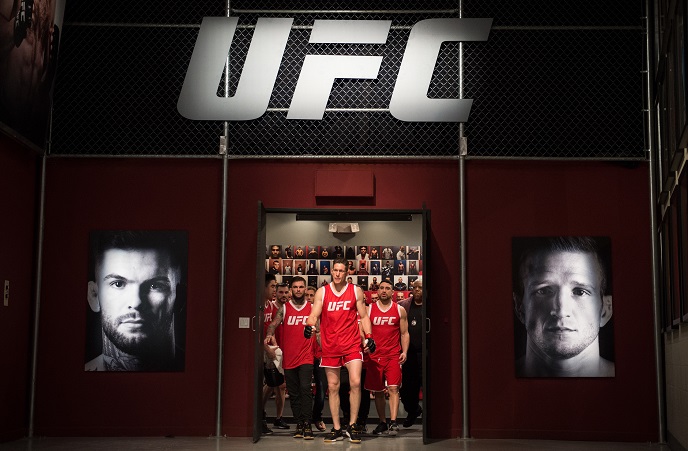 Born in Hawaii, raised in Arizona, how did Seth Baczynski ever become a farmer?

“Don’t ask me,” he laughs. “I know it’s shocking, but there are farms in Arizona and I own one of them.”

The acre and a quarter farm in Chandler, Arizona is where Baczynski, his wife and five children live these days, along with the cows, chickens, turkeys and a goat that come along with such a life. But when he got the call for a return to The Ultimate Fighter house, he had to leave the farm behind.

“My wife, God bless her, both her parents are pro golfers, so she gets it,” Baczynski said. “She knows I only have a limited time and that fighting is a huge part of my life, but if I live as long as I want to live, it’s gonna be a short portion of my life. I’ve only got about two years where my body can do this, and I want to do it as much as I can. So she really didn’t trip too much, but it was definitely a tough transition. That was a huge burden to leave on my wife because we’re barely getting the hang of it (farm life), let alone leave her with that and our five kids. She took it well, though.”

Already familiar with TUF thanks to a stint on season 11, Baczynski didn’t ever think he would return, especially since his time after leaving the show in 2010 saw him fight 11 times in the promotion, going 5-6. That was a deceiving slate, as he scored victories over Matt Brown and Neil Magny, while securing Fight of the Night bonuses in bouts with Thiago Alves and Alan Jouban. But numbers are numbers, and after going 1-5 in his last six UFC bouts, he was released. Baczynski understood, but he also felt that there was more left in the basement.

“I know what I’m capable of,” he said. “The fight with Alves was a close fight. Jouban, I had him hurt real bad. I backed up to the fence and he kinda rocked me with a head kick and he hit me with a beautiful shovel uppercut. But those are the fights I always will fight and will always be in. Against (Leon) Edwards, I had a torn ACL going into that fight. I’m not taking anything away from him; he’d be a tough fight healthy. But sometimes, you’ve gotta do what you gotta do in this business.”

The Edwards bout was his last in the UFC, but even as some wondered if he was going to hang up the gloves, he was plotting a comeback.

“I know looking at it from the outside, you would say, ‘Hey, maybe it’s time to hang ‘em up,’” he said. “And I know anybody that brought it up to me, it comes from a good place so I don’t get upset about it. But I truly love competing and I want to compete as long as I can. I worked really hard in rehab getting healthy, and one of my good friends – Dominick Cruz – did it three times. I kept calling him and asking him advice, and I kept working hard, knowing in my heart that I’ve got a lot more left in me and I’m not ready to hang ‘em up.”
MORE FROM TUF: Recap Episode 1 | UFC Minute: Drama-packed Premiere

Baczynski returned last August, losing a decision to future TUF 25 castmate Jesse Taylor, but soon after, he got a text from a familiar name.

“When (TUF producer) Gary Defranco texted me, I was watching a Cardinals game,” Baczynski recalled. “He said, ‘Hey, are you ready to spend seven weeks with me?’ I thought he was just coming down to Arizona for vacation. (Laughs) I had no idea that they were doing another show.”

Baczynski signed on, and though he lost his opening bout to Gilbert Smith on last night’s season premiere, this veteran got the spark he needed to keep the dream alive.

“It (TUF 25) is an opportunity to rewrite my story, show people who I am and continue doing what I love,” he said. “I love fighting and just the thought of not doing it anymore scares me. I truly enjoy it, and I want to get as many in as I can while I still can.”