At 38 years old, Juan Espino won The Ultimate Fighter 28 heavyweight crown with a dominant effort against Justin Frazier, defeating the Arkansas native via first-round submission at The Pearl at The Palms in Las Vegas,

Frazier rushed Espino as the fight commenced, and he proceeded to get taken down to the mat. Espino went to work on his foe from there, putting Frazier in immediate danger, but midway through the round, Frazier made it to his feet. Espino kept the pressure on and scored another takedown, and as the Gran Canaria native moved into the crucifix position, he locked up Frazier’s arm and forced a tap out at 3:36 of round one.

Unheralded when she entered The Ultimate Fighter competition, Macy Chiasson made a statement in her featherweight final against Pannie Kianzad, submitting her foe in the second round to win the TUF 28 crown.

Chiasson had a big opening round, as she was able to keep Kianzad locked up against the fence for much of the frame. Kianzad had success when she was able to get some space, but those moments were few and far between, and a missed late takedown nearly cost Kianzad, as Chiasson was able to take her back and nearly sink in a choke before the horn sounded.

In the opening minute of round two, Chiasson scored a knockdown and went to work for the finish, but Kianzad recovered quickly and nearly locked up the New Orleans native’s arm. But when Chiasson escaped, she took Kianzad’s back and sunk in the rear naked choke that forced Kianzad to tap out at 2:11 of the second round.

In a meeting of bantamweight grappling specialists, Pedro Munhoz and Bryan Caraway kept it standing, with Munhoz emerging with the win via first-round TKO.

Munhoz and Caraway were swinging for the finish from the start, Munhoz bloodying his foe but Caraway getting in his share of hard shots between attempts to get the fight to the mat. But after dodging another takedown attempt, Munhoz landed a kick to the body that stunned Caraway and sent him to the canvas. As Caraway gave up his back, Munhoz pounced, bringing an end to the bout when referee Chris Tognoni stopped it at the 2:39 mark of round one. 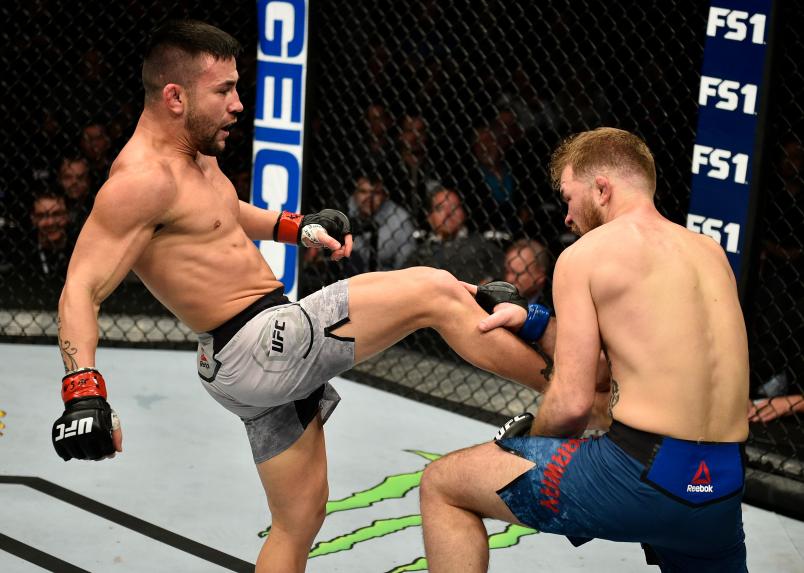 Middleweight prospect Edmen Shahbazyan didn’t get his eighth consecutive first-round knockout in his UFC debut, but the Dana White’s Tuesday Night Contender Series graduate did move to 8-0 with a split decision over Darren Stewart.

Shahbazyan (8-0) surprised Stewart (9-4, 1 NC) with an early takedown, but Stewart made it back to his feet immediately. Shahbazyan kept locked on to the Brit, though, determined to ground his foe. Midway through the frame, Shahbazyan gave up on the takedown and the two separated. In the final minute, Stewart went on the attack and he briefly jarred Shahbazyan until the newcomer scored a takedown just before the horn.

Shahbazyan continued focusing on his grappling attack in the second stanza, and while he tried to do the same thing in the third, Stewart had a chance to turn things around as he landed several big shots on the exhausted Californian, who managed to weather the storm and make it to the end of the bout, where Shahbazyan eked out the win via scores of 29-28 twice and 28-29. 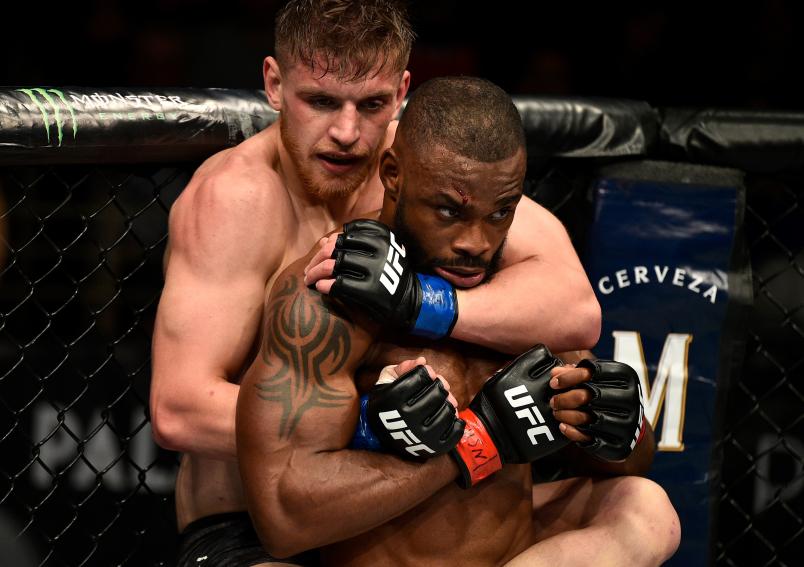 Whether striking at long range, grappling at close quarters or scoring a late takedown, Shevchenko had a solid first round in the UFC and nothing changed over the next two frames, as “La Pantera” controlled every aspect of the game, not allowing Kim to mount any sort of consistent offense. An illegal knee to the grounded Kim in the third didn’t cost Shevchenko, allowing her to coast to the final horn and the victory, which lifts her perfect record to 7-0. Kim, who missed weight at 130.5 pounds, falls to 8-2-2. 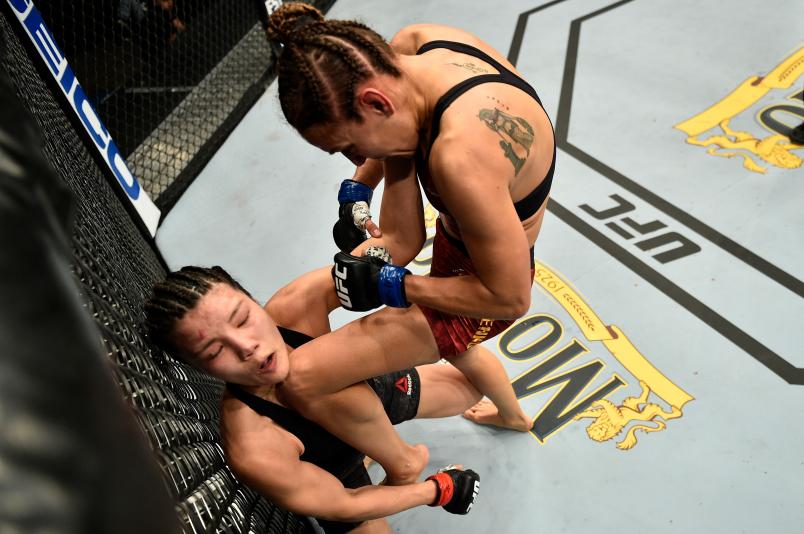