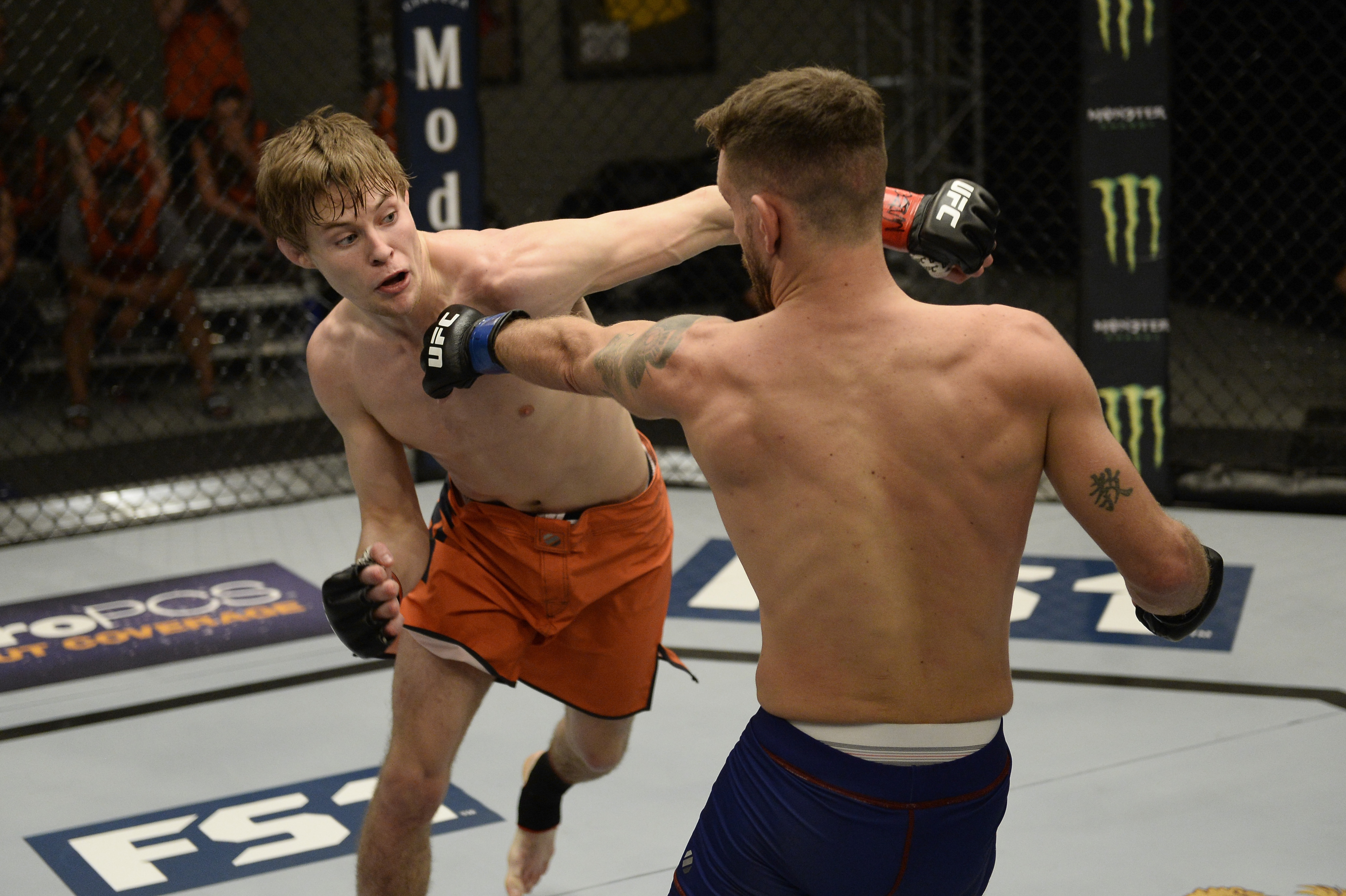 Another week has passed on The Ultimate Fighter: Undefeated, and Team Cormier is still perfect following the latest bout in the featherweight division, as Bryce Mitchell put on one of the strongest performances of the season to punch his ticket to the next round.

While Team Cormier had a lot to celebrate with that win, the crew also had to deal with some emotional turmoil as well after Luis Pena dealt with a foot injury that he suffered in his victory over Jose Martinez Jr. a week ago.

Immediately after his fight was finished, Pena was favoring his left foot, which he used quite often throughout the two-round affair as he punished Martinez with kicks to the legs and head repeatedly. Unfortunately, the damage done was just as bad to Pena's foot as it was to Martinez and the end result was "Violent Bob Ross" being left limping his way back to the house afterwards. 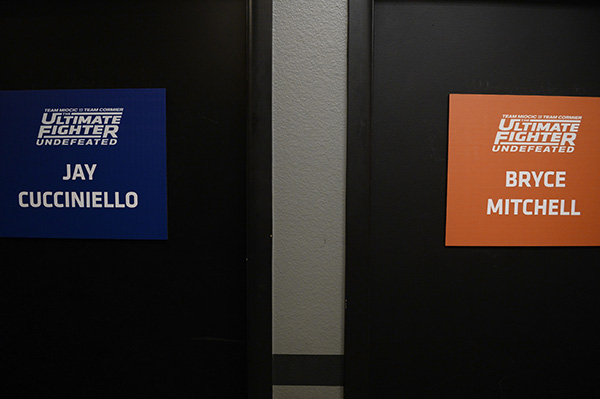 The swelling and severe pain forced Pena to get another opinion from the doctor, which required x-rays to reveal the full extent of the damage done to his foot. Pena was obviously emotional as he feared that his time in the competition may be brought to an end before he even has a chance to push forward into the next round.

The diagnosis is exactly what Pena didn't want to hear as the doctor revealed he suffered a fractured foot during the fight and that it would require a splint and four to six weeks of recovery time before he could train again. That means Pena would be forced to leave the competition due to injury.

"I sacrificed so much to get to this point in my career," Pena said with tears in his eyes.

Following the news from the doctor, Pena gathered his teammates back at the house to inform them of what happened and that he would be forced to drop out of the tournament.

Head coach Daniel Cormier had to leave the show this week to tend to some personal commitments back in his hometown in Louisiana, but he was able to get on the phone with Pena to offer him some encouraging words to help him through what had to be one of the most difficult situations of his entire life.

If there was a silver lining to the ordeal, UFC President Dana White was impressed enough by Pena's performance to tell him that if he's healthy enough by July, he will have a spot on The Ultimate Fighter finale show at The Pearl at the Palms in Las Vegas. Obviously, Pena was overjoyed with the news, and while he won't have a chance to win the show, he'll at least have the opportunity to prove himself in the UFC.

With Pena out of the competition, that means a fighter from Team Miocic will likely be brought back, but that decision wasn't made yet with Cormier out of town, so it was time to move forward with the fight this week.

With Cormier gone, former heavyweight champion Cain Velasquez handled the team this week as he got Mitchell ready for his showdown with Team Miocic fighter Jay Cucciniello.

ROUND 1
Mitchell opens with a front kick to the body, as both fighters are gauging distance. Mitchell begins targeting Cucciniello with his kicks and then lands a hard knee to the head after they clinch up briefly during one exchange. Mitchell is doing a good job of controlling the pace with his kicks and a long jab. Cucciniello keeps switching stances but he can't seem to land any shots and instead eats several punches from Mitchell while he's firing away with a series of right hands. Mitchell eventually presses forward and gets a big double leg takedown against the cage wall before immediately transitioning to take the back. Mitchell can't control his position and Cucciniello is able to wiggle free to reverse positions before getting back to the feet. Mitchell fires off two more head kicks with both connecting, although Cucciniello eats them well. Mitchell then rushes forward for another big takedown to plant Cucinniello on the mat. It looks like Mitchell might take the back again but Cuccuniello is able to scramble to get back to half guard on the ground. Mitchell is relentless with his top pressure as he's constantly hammering away with punches and nearly takes the back again with less than 30 seconds to go in the round. Mitchell closes the round with more shots to the head and body until the horn sounds. 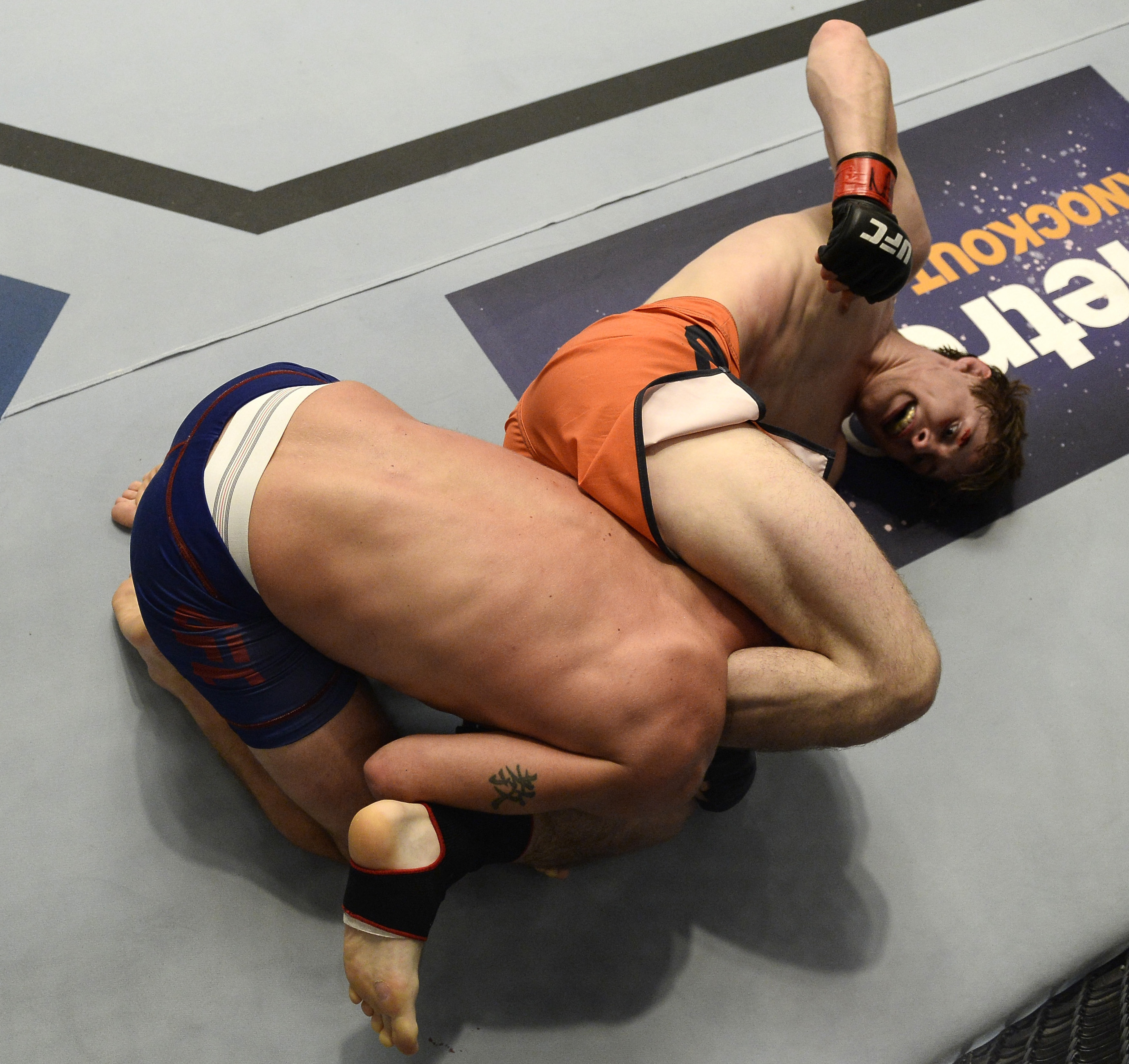 Mitchell wastes no time opening up the second round with another takedown before making the immediate move to take Cucciniello's back yet again. Mitchell is looking to sink in the rear naked choke as he locks up the body triangle in an attempt to suck the wind out of Cucciniello. To his credit, Cucciniello is able to resist the submission attempt but he's still got Mitchell attached to his back, punching away and attempting to find a home for another attempt at the choke. Mitchell is maintaining his control, punching away at Cucciniello's ears and still trying to get the submission, but the Team Miocic fighter refuses to give it up. Mitchell finally drags Cucciniello back to the mat as he looks for the face crank but he can't lock up the submission. Cucciniello is surviving but that's about all he's doing through the first four minutes of the second round. Mitchell thinks about an armbar for a moment but then decides to go back to the body triangle as he continues punish Cucciniello from the back. Mitchell finally goes for the armbar with about 30 seconds to go but Cucciniello slips free. Mitchell again gets Cucciniello to the ground, takes the back and that's where the fighters stay until the final horn. 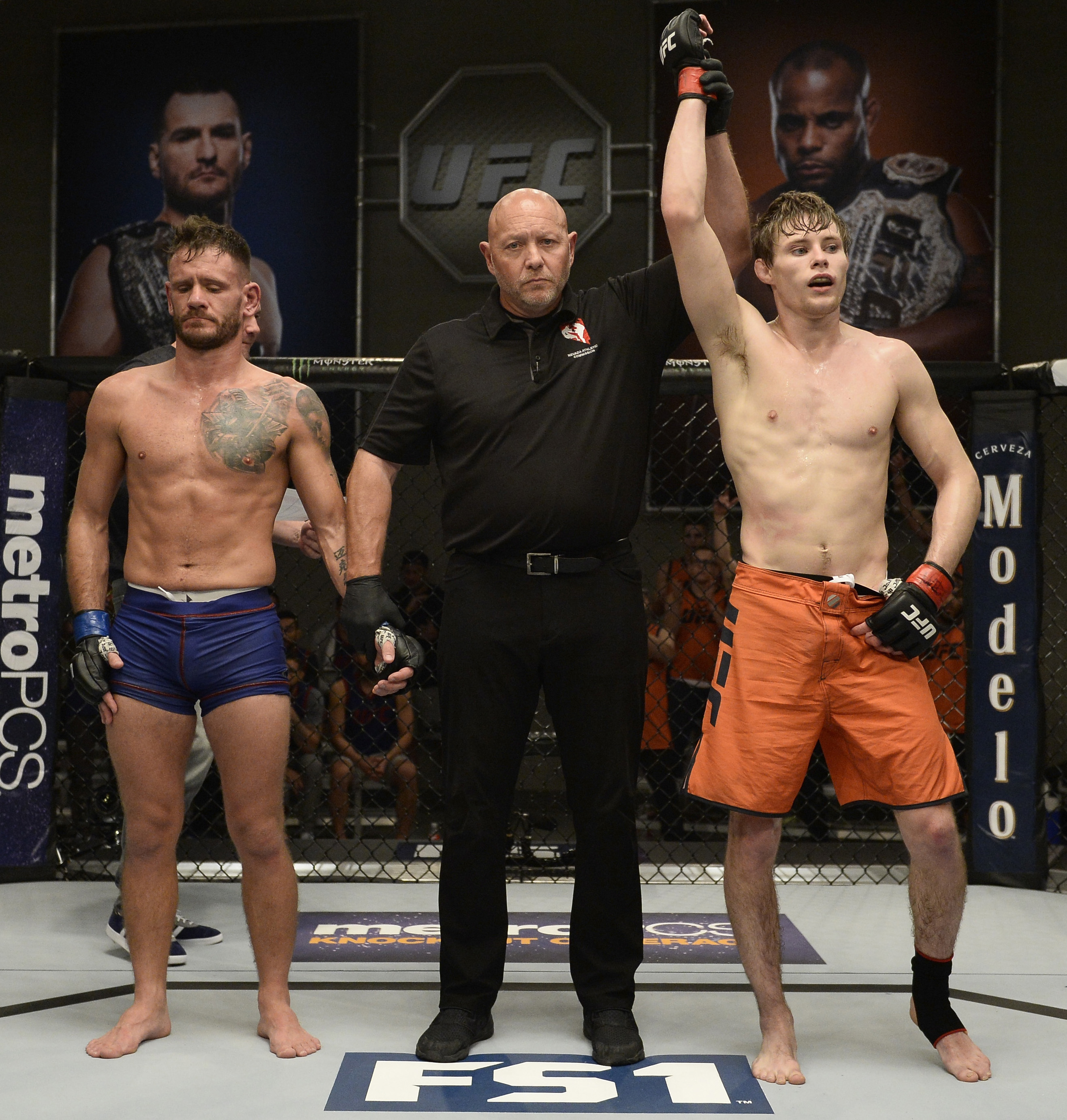 It was a dominant performance from Mitchell, who was in control from the very start of the fight until the end, and while he didn't get the finish, he definitely showed that he's one of the most dangerous fighters in this competition.

With Team Cormier up 4-0 this far in the competition, the frustration from Team Miocic began to boil over as Dulani Perry began talking trash, including a few words with one of the coaches. Cooler heads prevailed but it's clear Perry wants his chance to fight and everybody on Team Miocic just wants a win.

For the next fight pick, the lightweights are up again as Miocic's No. 1 pick Mike Trizano will try to get his team their first win as he takes on Thailand Clark from Team Cormier.

Will Trizano get the job done to get Team Miocic a win or will Clark continue the run of Team Cormier with a fifth straight victory in the competition? Find out next week when The Ultimate Fighter: Undefeated returns.