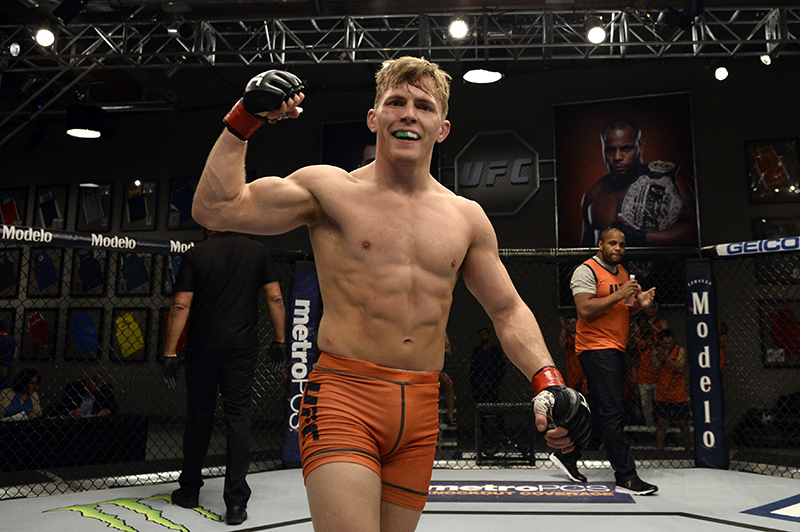 Kyler Phillips" align="center" />
Two fights into the season and light heavyweight champion Daniel Cormier has to be feeling pretty good about the selections he made for his team.

After kicking things off last week with a win from Joe Giannetti, Cormier sent in 6-0 featherweight Brad Katona to do work against Stipe Miocic's handpicked selection, Kyler Phillips, who entered the competition with a perfect 5-0 record.

Katona doesn't exactly fit the mold of what you'd imagine a typical fighter might look like, as he's much more Clark Kent than Superman based solely on appearance. That being said, Katona is a killer in the gym, as he has progressed his game from being a slick jiu-jitsu stylist to adapting a strong standup game honed under his coaches at SBG in Dublin, Ireland.

Katona relocated to Dublin full-time just recently to train under the same coaches that produced former UFC lightweight and featherweight champion Conor McGregor, and thus far, the decision has been paying off.

As for Phillips, he's a lifelong martial artist who actually began training Brazilian jiu-jitsu alongside his father at just three years of age. Phillips has vague memories of putting people in armbars as a kid so that tells you just how far back his MMA roots actually go.

Phillips now trains at the MMA Lab in Arizona, where he works alongside a slew of notable UFC fighters, including highly touted prospect "Sugar" Sean O'Malley, as well as women's strawweight star Mackenzie Dern. Much like Katona, Phillips' background started in grappling and he added striking to his repertoire over the years as he looked to become a complete mixed martial artist.

Before the fight kicked off this week there was plenty going on outside the cage.

First up, heavyweight champion Stipe Miocic decided to play the first prank of the season by invading Team Cormier's locker room and hanging up photos of himself rocking an awesome mustache as they covered up all the posters featuring the light heavyweight champion. Miocic then capped things off with a giant poster - featuring blurred out spots around the naughty bits - to hang over the Team Cormier sign.

When Cormier arrived for practice, he had a good laugh at the prank but noted that this is just the starting point for what will likely become a war throughout the season.

On a more serious note, Cormier also had a confrontation with one of his team members this week after fighters ended up at odds with lightweight competitor Thailand Clark when he was going too hard during the training sessions. Cormier did his best to calm Clark down and reel him back in, but the 7-0 fighter was butting heads with his coach throughout the argument about his training methods.

Cormier finally had enough and pulled Clark to the side for a real heart to heart.

"We're here to help or you can leave," Cormier said.

The end result was Cormier actually hopping on the mats himself to work with Clark as fighter and coach worked out their differences through a training session. By the end, Clark felt like he gained some knowledge and a deeper understanding of what Cormier expects from him.

Once that situation was settled, it was time for the fight to take place as Brad Katona from Team Cormier took on Kyler Phillips from Team Miocic. 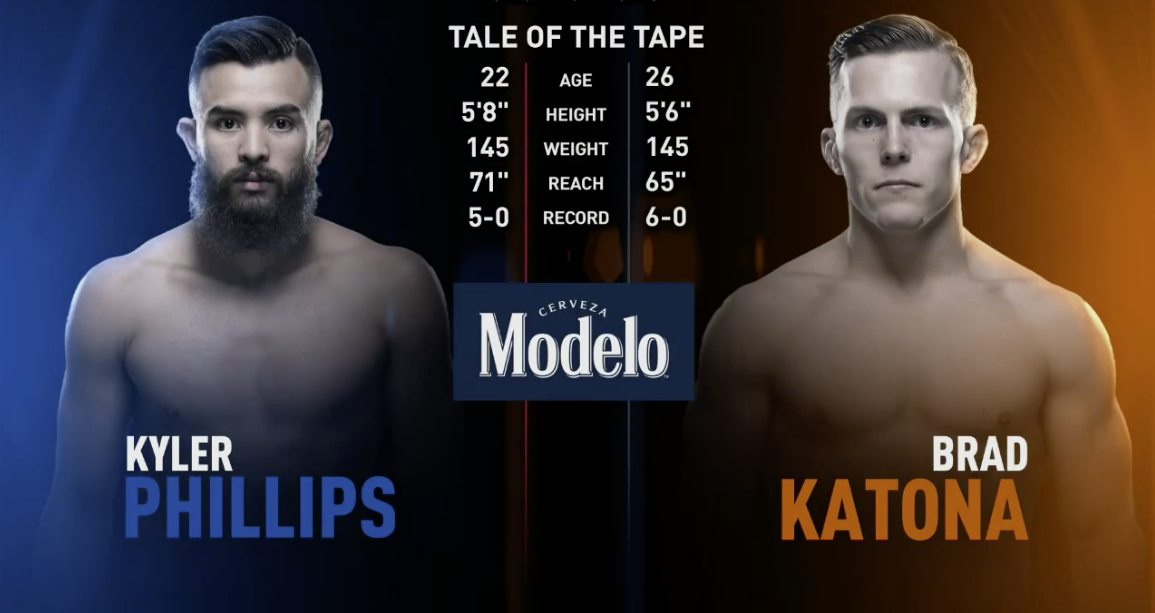 ROUND 1
The fighters are exchanging some heavy strikes early, with each of them landing some solid shots. Katona is beginning to work his kicking game before shooting in for a takedown, but Phillips stuffs him and he's able to reverse positions to get a headlock on the ground. Phillips loses the position in a scramble and Katona immediately sets the pace again with some nasty leg kicks on the feet. Katona is constantly punishing Phillips' lead leg with his kicks, doing maximum damage by hitting him on the inside and outside of his leg, which is taking a toll on Phillips' movement. Every time Phillips attempts to step forward, he's eating a kick from Katona on his lead leg. Katona continues to put pressure on his opponent just like Cormier instructed as he eventually gets the body lock and trips Phillips down to the ground. Katona begins working from inside Phillips' guard, landing short punches to the head and body until the end of the round.

ROUND 2
Katona begins eating away at that lead leg on Phllips again to start the second round. Every time Phillips steps forward, he ends up getting the worst of the exchange, with Katona landing solid punches with good accuracy. Katona continues to be the aggressor with a flurry of punches every time he backs Phillips up towards the cage. Katona rushes forward and lands another big takedown as he attempts to maintain control over Phillips on the ground. Phillips is able to work his way back to the feet but he can't break Katona's grip on him in the clinch against the cage. Katona is still controlling the pace as he 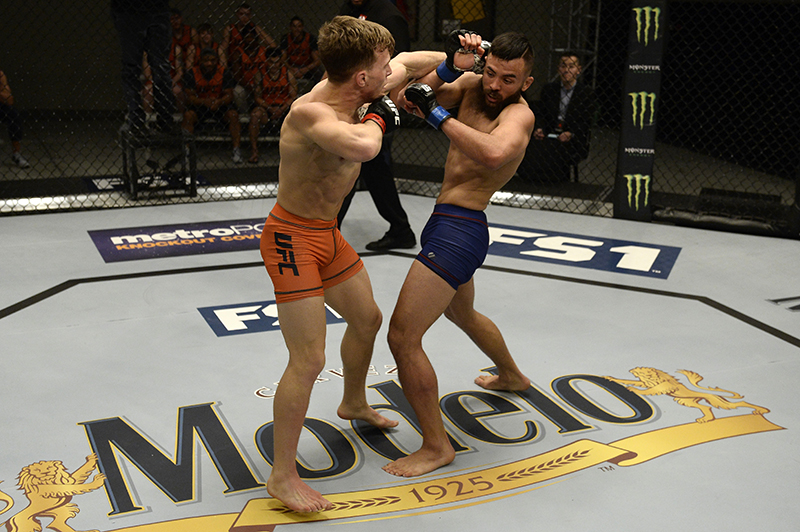 constantly puts pressure on Phillips, grinding him against the cage while working from the clinch. With one minute to go, Miocic is screaming at Phillips to ratchet up his pressure but he's still getting less on the exchanges than what Katona is landing. Phillips tries an ill-fated takedown attempt late but can't quite land it and the fight comes to an end.

The win from Katona now puts Team Cormier up 2-0 in the competition, with the light heavyweight champion picking the next fight in the tournament.

Cormier moves back to the lightweight division where he selects Luis Pena from his team to take on Jose Martinez Jr. from Team Miocic.

Can Martinez stop the bleeding for Team Miocic and get them a win, or will Pena live up to his nickname "Violent Bob Ross" and paint another masterpiece for Team Cormier? Tune in to the next episode of The Ultimate Fighter: Undefeated to find out.