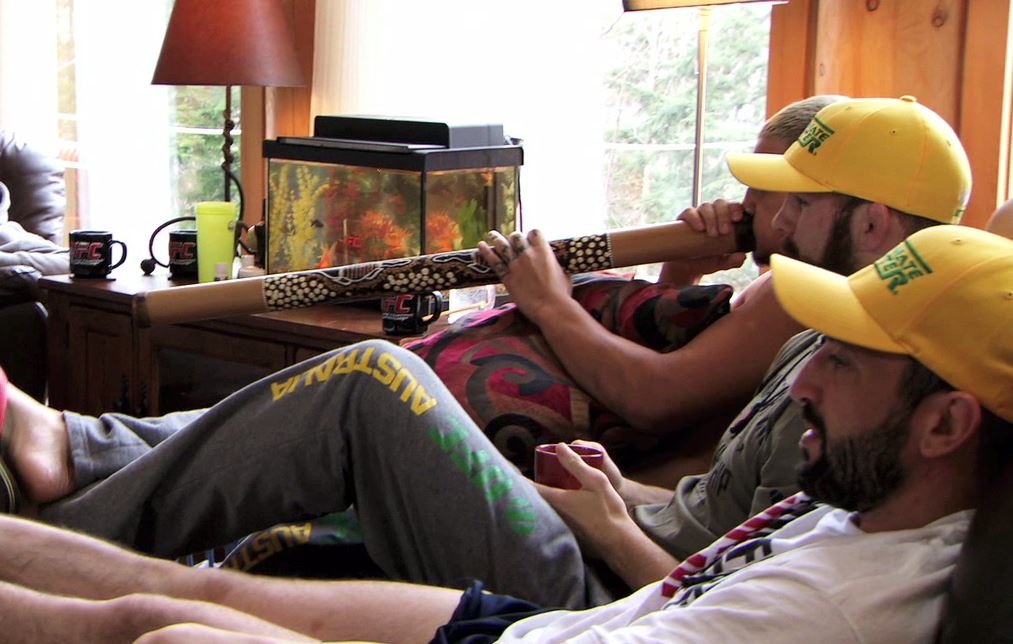 The episode opens at the TUF house with Team Australia’s Tyler Manawaroa giving the house a didgeridoo wake-up call, and Team Canada’s Nordine Taleb is understandably upset. Actually, upset may not be the best word to use considering Nordine’s shockingly specific homicide plans that follow. We shift from potential murder suspect to dedicated Christian as one of this week’s combatants Chad Laprise makes an appearance. Gering up for his fight against Chris Indich, he discusses how big of a role Jesus and religion play in his life.

We leave the house and move to a Team Australia training sessions. After losing the first two fights this season, Coach Kyle Noke realizes that he needs to switch things up. Citing the fact that the guys, “need to learn how to train smarter,” Noke brings in his strength and conditioning coach Jon Chaimberg. What complicates matters, though, is the fact that Chaimberg also coaches Team Canada’s Nordine Taleb and Chad Laprise. This does not sit well with Patrick Cote. He calls Chaimberg selfish and tells him that doing this will be a “bad career move.” These Canadians are really into threats, eh?

Chaimberg takes the Australians through their workout, promising that we’ll see a couple guys puke. They come close, but thankfully we avoid Aussie vomit. After a grueling conditioning 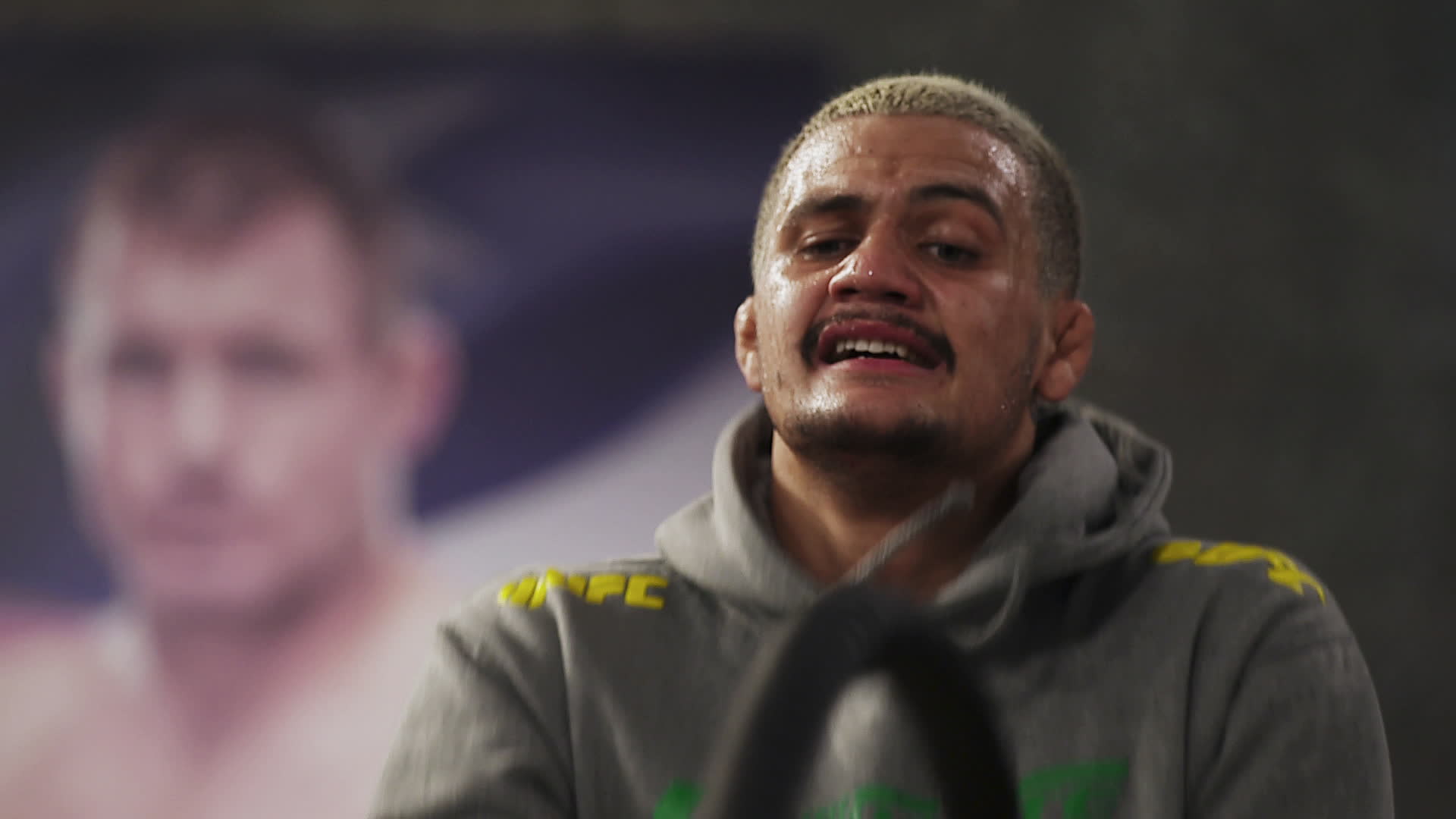 session, the Australians head back to the house and do the next logical thing -- hang tampons from the taxidermied moose. The Canadians come back and clean up their unofficial mascot because as Kajan Johnson brilliantly points out, “Canadian moose don’t have tampons.” Fortunately for the Australians, no one else gets threatened with bodily harm.

We then learn more about undefeated fighter Chad Laprise. While he’d like the opportunity to brawl and “go to war,” Chad expects Chris to come out and look for the takedown. Anticipating a grappling heavy approach, Chad works escapes with assistant coach Fabio Holanda. They especially focus on working against the cage and breaking the waistlock grip. Holanda wants Chad to fight in the center of the cage and use his superior striking to win. Chad predicts that his “stick and move” gameplan and speed will be the difference makers.

As Nordine struggles to climb into an ice bath, we cut back to Team Australia’s training session. Assistant Coach Martinez says that Chris is “not much to look at,” but that he likes his heart and drive. Not the greatest endorsement, but at least it’s something. Nicknamed “The Savage,” Chris says that he earned the title from his reputation for getting in bar brawls. He admits that he was a very angry youth and it caused him to get into a lot of fights. He doesn’t expressly say it, but he lets his guard down and reveals that he had an abusive father that may have contributed to this attitude.

Back at the house, while Elias dances, Chad Laprise flips the usual pro fighter talking points. 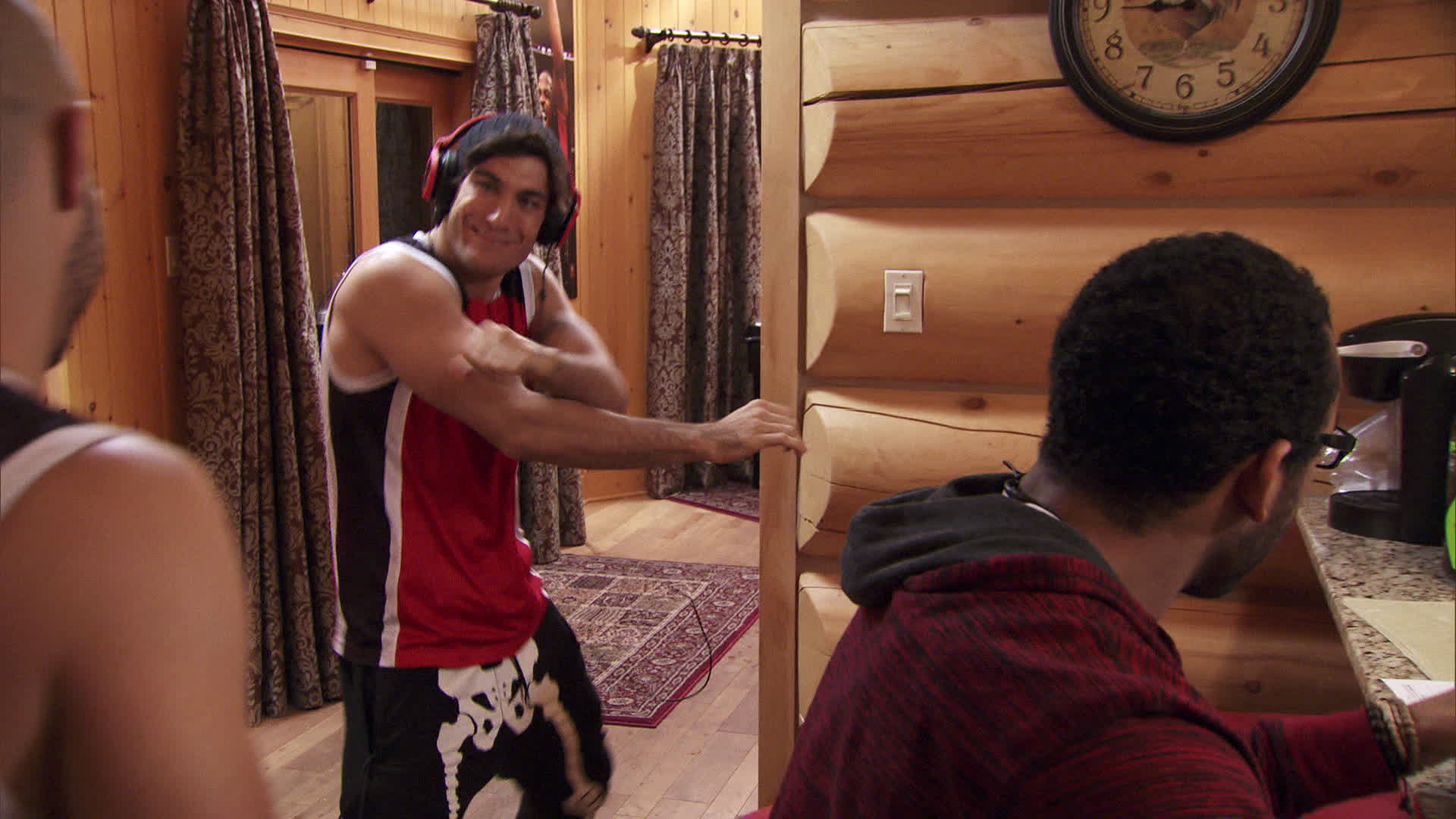 Normally we hear fighters talk about how sore and injured they are, but Chad does the exact opposite. He mentions how great he feels and that nothing is bothering him at all. He also discusses his desire to be a role model. He doesn’t drink or womanize and wants to show kids that you can be a professional athlete and a good Christian.

Chad Laprise isn’t the only guy in the zone. We watch another Team Canada training session and every guy on the team raves about how great training has been and how everyone is in the zone. No one seems to be struggling; it’s a maple leaf wonderland.

Back at Team Australia the sentiment is completely different. Brendan O’Reilly mentions that people are wearing down. Tyler has a thumb injury that has hampered his training, but he should be more worried about his weight. He steps on the scale and clocks in at 199.5 pounds. Surprisingly, Coach Martinez doesn’t yell at him and takes it all in stride. Tyler buckles down and miserably eats his dinner of four boiled eggs and an avocado.

Weigh ins go on without incident. Chad reads from the Bible and Chris feels the pressure to turn things around for the Aussies and its fight time.

Chad scores a solid jab that sets the tone from the beginning. He follows up with low kicks and maintains a lot of side to side movement. Chris hunts with his right hand, but doesn’t find the mark. Chad continues to score low kicks and then moves away to avoid Chris’s counter attacks. Chad’s punches are faster and he’s consistently beating Chris to the punch. Another low kick lands, but Chris finally lands a right hand. Unfazed, Chad answers with a body kick. Chris tries to get in there and brawl, but Chad’s footwork is too much and avoids prolonged engagements. As Chris swings harder, he creates more openings that Chad readily exploits. Chris keeps charging forward, but the round ends with Chad in firm control.

Chris scores the first punch of the second round, but Chad goes right back to chopping his leg 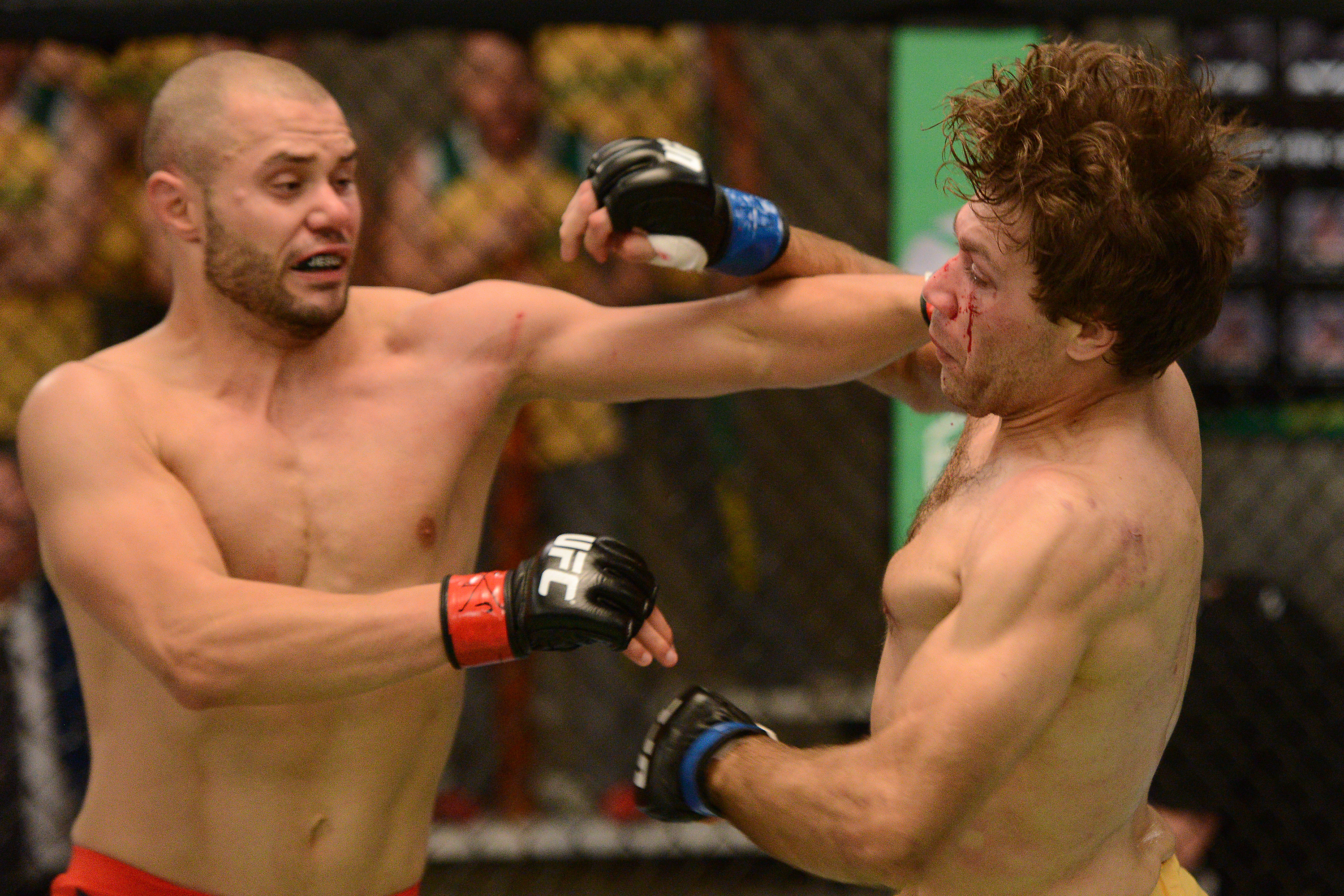 with low kicks. Feeling the pressure to mount some offense, Chris opens up more, but Chad counters effectively. Chad continues to kick and then use his speed to attack from different angles. The “stick and move” gamelpan is being followed to perfection. Chris attempts his first takedown of the match, but is easily brushed aside. Chad counters with a body kick. Chris grabs it and pushes him against the fence, but Chad spins out and escapes. Chad continues to score that jab and Chris just can’t seem to find an answer for it. Chris gets a few flurries in, but none of them change the momentum of the fight. In the closing seconds Chad adds some spin kick for style points, but the round ends.

Coach Noke hopes for a third round, but we have a judges decision. All three give the unanimous nod to Chad Laprise. Coach Cote is extremely pleased with Chad’s boxing and ability to follow instructions perfectly. We move right to the fight announcement and it’ll be Nordine Taleb vs. Tyler Manowaroa. Nordine personally asked for the fight because he heard that Tyler called him out. According to Tyler, “[Nordine] has muscles, but that’s about it.”

We finish with a sneak peek into next week’s episode. Does Team Canada continue its undefeated streak? Will Coach Noke start to lose his patience? What does an Australian snowball fight look like? Find out this and more next week on The Ultimate Fighter!