Re-live the final episode of TUF Nations: Australia vs. Canada. 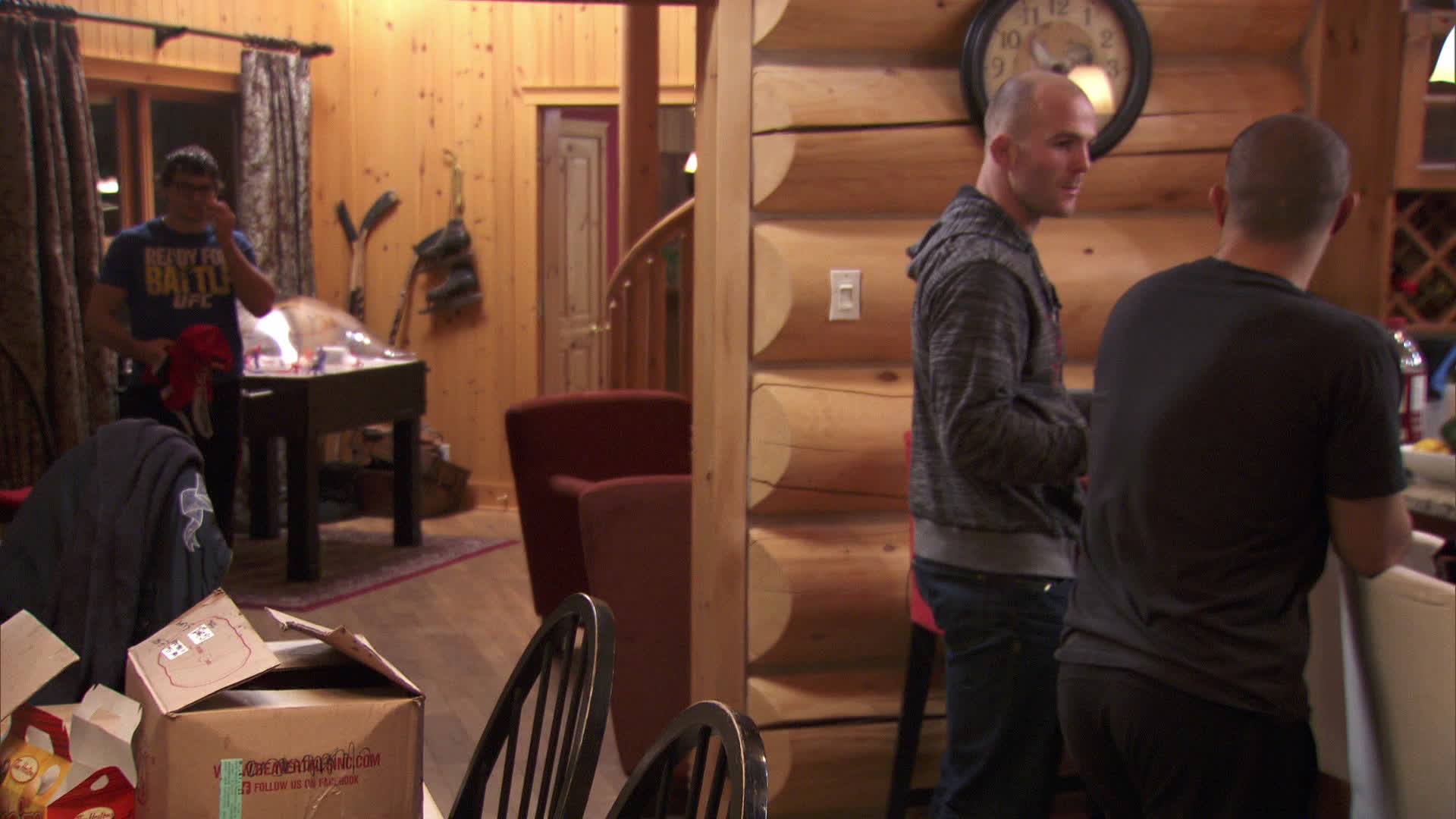 The final episode of the season opens with Team Australia’s Richard Walsh trying to come to grips with his defeat last week. He blames his performance on over-thinking and just not flipping the switch. Sheldon tries to comforts him by telling Richard that Olivier does the same thing to all of them in practice, but his words fall on deaf ears. Chad tries to make the conversation about him and how he’ll be facing Olivier in the finals, but no one pay much attention to that either.

Next, there’s a knock at the door and former welterweight champion Georges St. Pierre appears. His presence alone changes the mood of everyone in the house. If you had to sum it up in one word, it would be giddy. Olivier says, “It’s like Christmas,” and many other fighters are starstruck. GSP has a meal with them and everyone sits with rapt attention to his every word. He discusses his last fight against Johny Hendricks. He says, “I’m not happy with that fight,” because he wants to win emphatically and feels that many people (Hendricks specifically) think that Hendricks won that fight. He also gives the fighters a bit of career advice, “See your career as a marathon, not a sprint.”

After GSP’s visit, we shift focus to this week’s fight between Vik Grujic and Sheldon Westcott. The last hope for Team Australia, Vik thinks about what winning The Ultimate Fighter could do for his family. He has daughters and a mortgage and that money could really make the sacrifice worth it. Besides the mental anguish, the long grind of the season appears to have gotten to him. Much like his teammate Richard, he worries that he’s psyching himself out. All this time between his 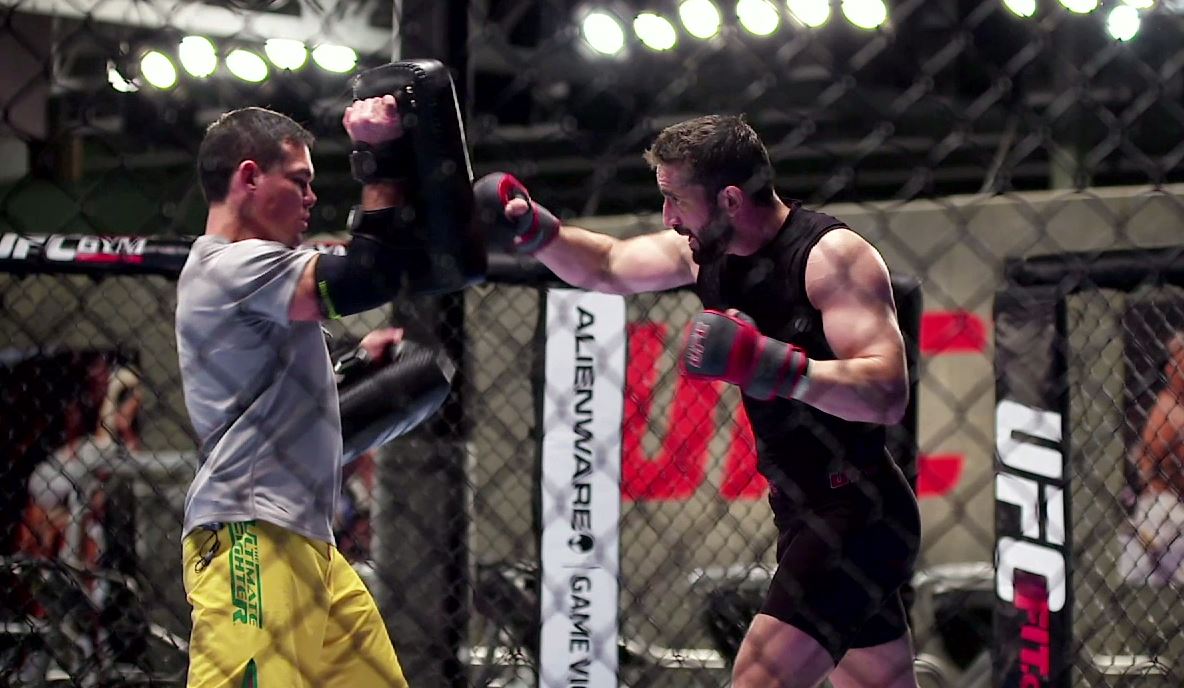 first round fight and now has been more of a curse than a blessing because, “You tend to over-think things. Simple things become complicated.” Coach Noke notices that Vik has been flat the last week for so and runs him through some fight simulations. He doesn’t want to push him too much and seems more concerned with giving Vik some confidence.

As for Team Canada’s Sheldon Westcott, he too has faced many setbacks up to this point. Battling a combination of neck and knee injuries, he wasn’t even sure he’d be allowed to compete. Summarizing his experience in one word, he calls it a “nightmare.” He’s seen six different doctors this season, and he’s never really felt relaxed before a fight. As for his strategy against Grujic, he drills a lot of different chokes and seems to be looking to catch Vik’s neck. Coach Cote is excited for the fight just from a spectator’s perspective. He thinks the fight will be a “slugfest” a “barnburner” and every other catchphrase he remembers from his days working as a carnival barker. The reasons behind this prediction are simple. “Vik hits like a truck and Sheldon only knows how to go forward.”

Patrick Cote wears a Sasquatch outfit (personally I would characterize it as more of a Yeti), the Australians discuss the difficulties of wearing snow shoes and then its fight time! 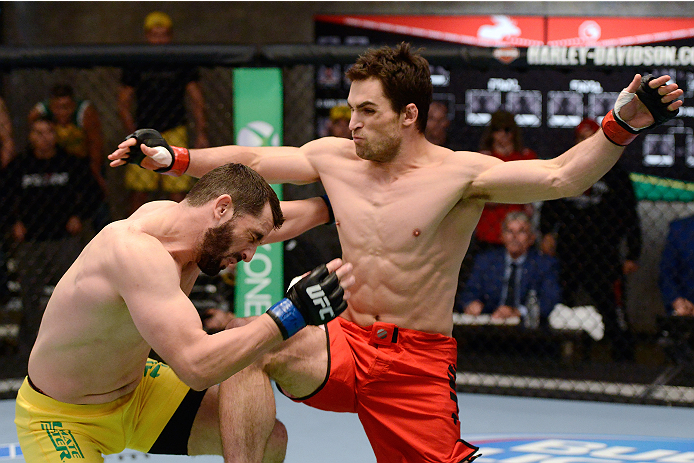 Living up to Patrick Cote’s prediction, the two fighters meet in the center of the Octagon and get right to action. Vik whips a hard low kick, and the two clinch up. They spin a few times to jockey for position and Sheldon gets the advantage. He pushes Vik against the fence, drops his level and puts the Australian on his shoulder. He casually walks over to his corner and dumps Vik right on his back. Vik quickly transitions to grab a guillotine choke and holds on tight. Ultimately, it proves to be a poor choice. Sheldon shifts his hips, drives his shoulder into Vik’s neck and secures the tap at the 4:15 mark of the first round.

No one really knows what to call it. Referee Yves Lavigne asks Cote and assistant coach Holanda what to say and they settle on “side choke.” The hold is reminiscent of the famous Von Flue choke, it’s technically a brand new submission because Sheldon pulled it off from half guard. Sheldon reveals that it’s one of his go-to chokes, but he hasn’t shown it during training because he wanted to keep some of his techniques secret. Vik calls the loss “humiliating” because a fighter of his caliber should not lose to such a technique. He often teaches his students about the dangers of holding onto a guillotine choke for too long and he didn’t follow his own advice.

The show closes with all the fighters packing up their belongings and preparing to head back home. There are a lot of bittersweet emotions in the house. Despite all the stresses and personality clashes that come with being in a house of 16 fighters, a certain bond develops. It’s like being in a dysfunctional summer camp where you have to fight each other.

Finally, we have a sneak peek into the finale on April 16th. Can Kyle Noke get one win for Team Australia? Will Olivier Aubin-Mercier submit Chad Laprise? Does Elias Theodorou grind out another victory against Sheldon Westcott? Find out this and more at The Ultimate Fighter Finale!