Recap from the 12th episode of The Ultimate Fighter: Canada vs. Australia, featuring the semifinal bout between Richard Walsh and Olivier Aubin-Mercier. 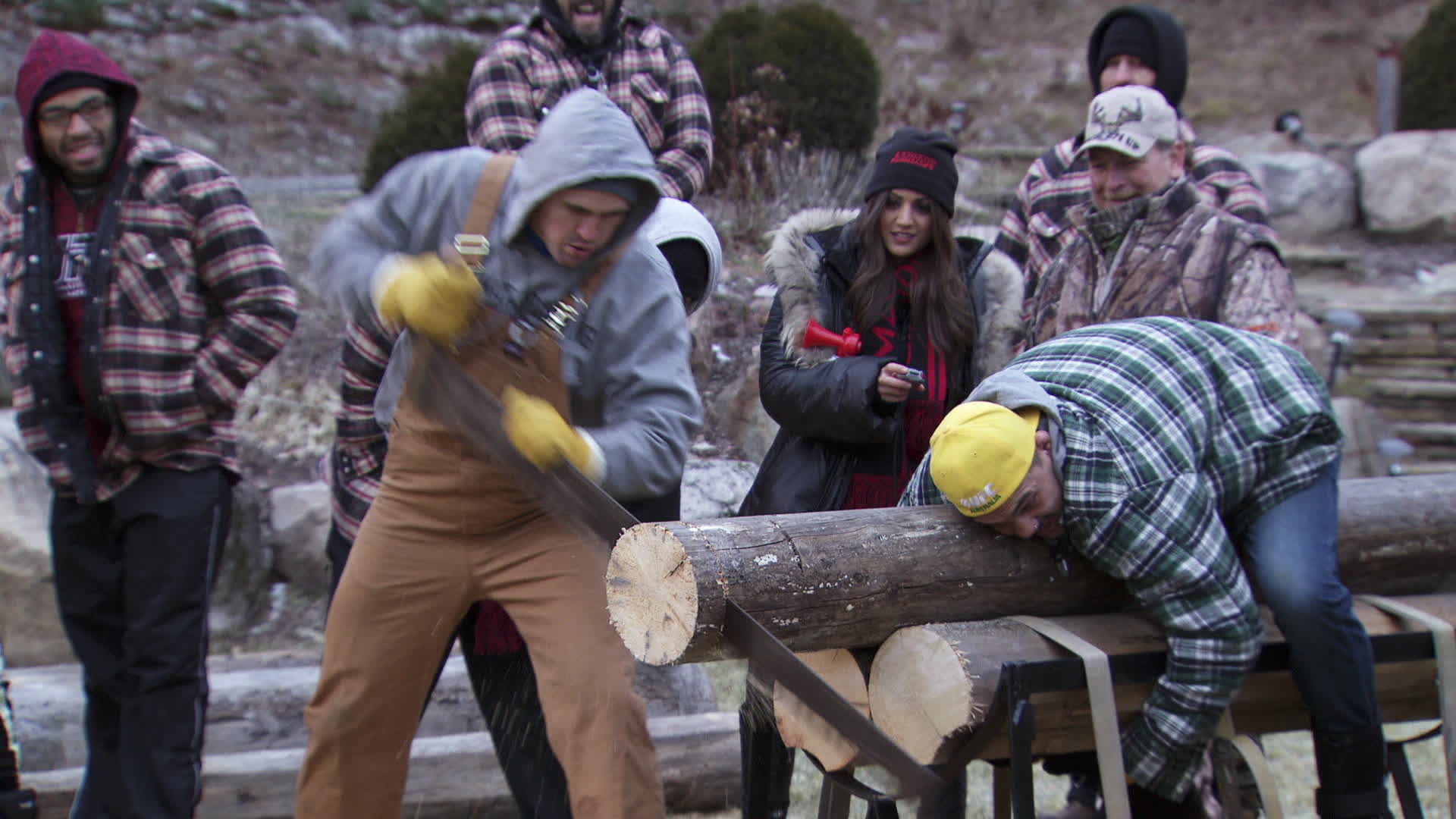 The episode kicks off with the coaches challenge. Since we’re keeping it rustic this season, it’s only appropriate that the challenge force the coaches to channel their inner lumberjack. It comes in three parts and includes: The challenge comes in three parts involving throwing axes, crossbows and sawing logs. The winning coach not only earns some bragging rights, but they’ll also win $20,000 for their team (no word on if the money will be given in Australian, American or Canadian denominations).

The first of the challenge requires the coaches to throw axes at a target. Neither coach can hit the target on their first or second attempts. Noke misses again on his third throw, but Cote finds the mark and takes the first round. The crossbow round goes a bit smoother and Noke ties things up when he splits an apple right down the middle. The third and decisive round is a time challenge. Each coach has to saw off the end of a log and the fastest time wins. Noke goes first and clocks in a time of 49.33 seconds. Cote walks up, transforms into a French Canadian version of Paul Bunyan and finishes in 41.87 seconds. Team Canada celebrates and Cote drops his best line of the season when he tells us, “I’m not going to let an Australian show me how to cut wood.”

After the teams feast on moose, bison, bear and deer meat, we shift focus to this week’s semifinal fight between Richard Walsh and Olivier Aubin-Mercier. Knowing that Olivier has an impressive grappling pedigree, Team Australia brings in Division III All-American wrestler David Silva to help. Richard calls the work with Silva a “reality check,” and assistant coach Izzy comments, “Now we look like we know what the [expletive] we’re doing.” Since Olivier is a southpaw, Kyle Noke also works with Richard on avoiding Olivier’s power shots. Richard seems pretty self-assured and remarks, “I’ve got a game plan worked out.”

Over at Team Canada, they expect Richard to avoid the ground at all costs. Coach Cote 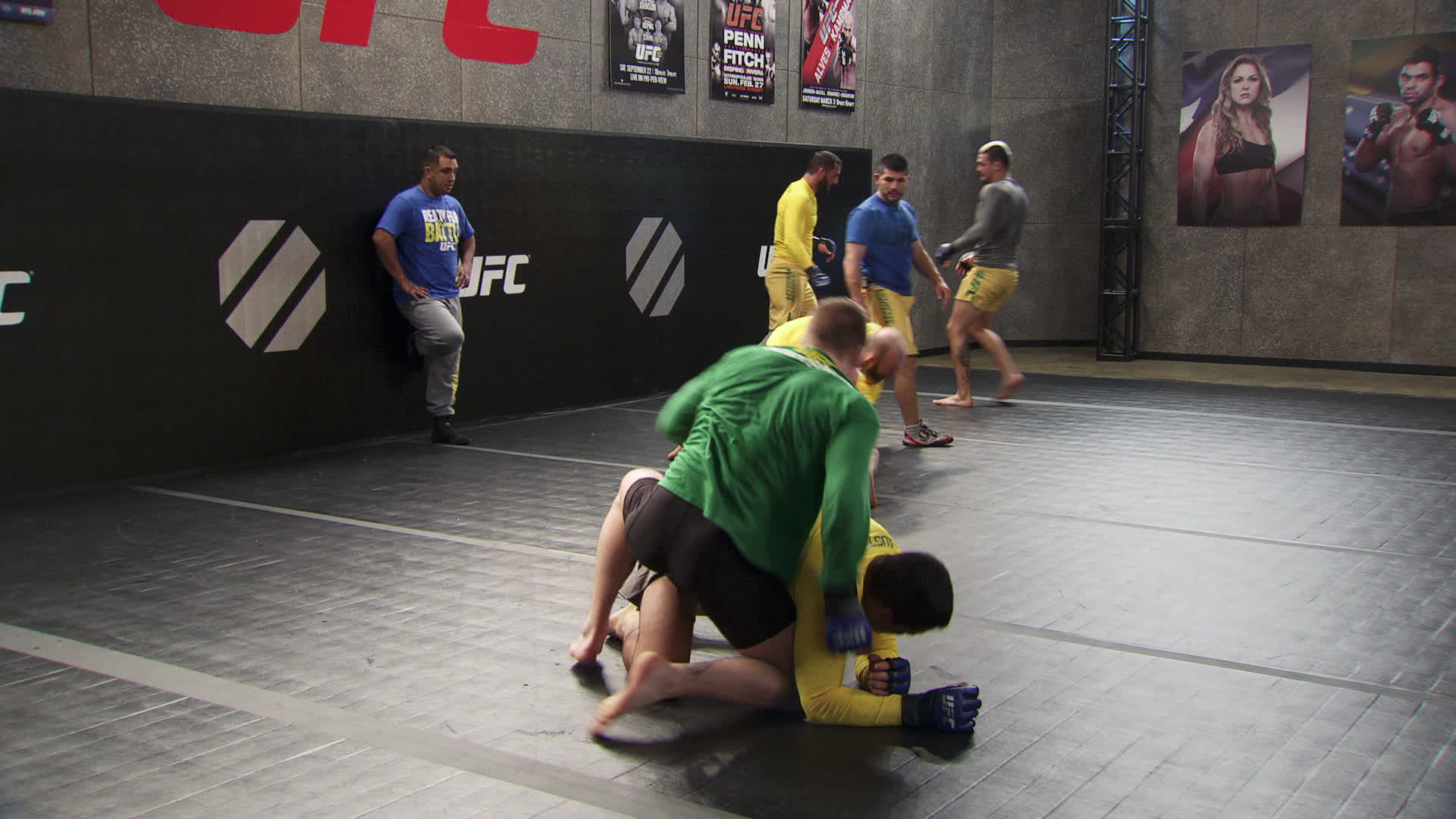 confidently states “I’m sure [Richard] won’t try to pass guard. If he feels in danger, he’ll try to get up.” Olivier is surprisingly forthcoming and even admits that his stand-up game is his glaring weakness. He won’t be totally lost on his feet, though. The coaches drill a jab, cross, uppercut combination that will help him close the distance. Despite that, he knows that bringing the fight to the mat is his best chance for success and he’ll do everything he can to get it there. The only reason he’ll box with Richard is to, “get him to forget about the takedown, and then take him down.”

As Olivier works on his tactics, Kajan and Luke sneak into the Team Australia locker room and vandalize Team Australia’s photos. When the Australians return to the gym, Vik Grujic causally announces to the rest of the team, “Our pictures have been defaced.” Not willing to take this insult lightly, the Australians send a message -- by beheading a stuffed Canadian moose. Most people would be content with destroying a stuffed animal, but not Brendan O’Reilly. When the Australians return to the TUF house, he puts on his detective hat and interrogates every member of Team Canada. It soon becomes apparent that we do not have a budding Aussie Matlock on our hands. He’s nowhere close to figuring out who did it.

The fighters get a snow day, Brendan O’Reilly continues to Mr. Magoo his way to a suspect and it’s fight time! 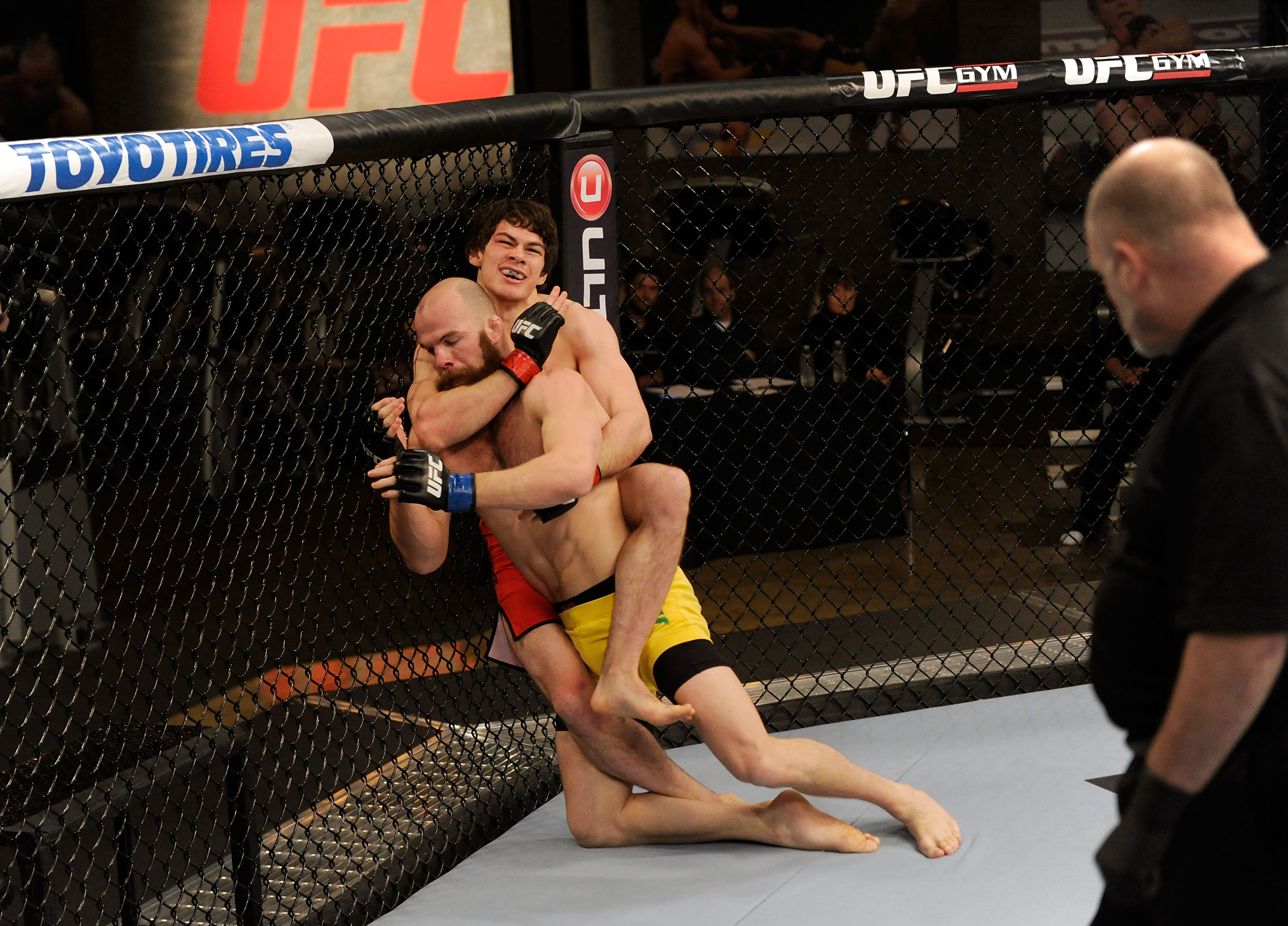 Richard lets his hand fly as soon as the opening bell sounds. He hits an inside low kick, follows up with a hard right hand and connects with another. Olivier finally finds his legs and throws a body kick. Richard charges in, but is a bit too wild and eats a counter punch for his troubles. Oliver scores that jab, cross, uppercut combo he told us about and starts to find his groove. Richard low kicks then closes the distance again. Olivier avoids his attack and shoots a takedown. He runs Richard against the fence, grabs an ankle and the two are on the mat. Olivier immediately tries to put his hooks in, but Richard stands up. Olivier quickly drags him to the mat again. This time he secures the back mount and locks in the rear naked choke. Richard taps and we have an all Canadian welterweight finale.

Coach Cote is impressed with Richard’s performance, but knew that he was totally outclassed once the fight hit the ground. Kyle Noke felt like everything was going according to plan until Richard decided to clinch up. Olivier seems like the only person displeased with his performance and concludes, “I still have homework to do.” Richard blames himself for the result. “I wasn’t thinking. I got too comfortable.” He goes to rinse of in the shower and comes back totally clean shaven. His teammates and coaches don’t even recognize him. > Watch: Richard Walsh vs. Olivier Aubin-Mercier

The episode closes with a sneak peek into next week. Can Vik Grujic give Team Australia at least one finalist? Will Sheldon Westcott’s injuries hold him back? How bad do you think Brendan O’Reilly is at the game Clue? Find out this and more next week on The Ultimate Fighter! 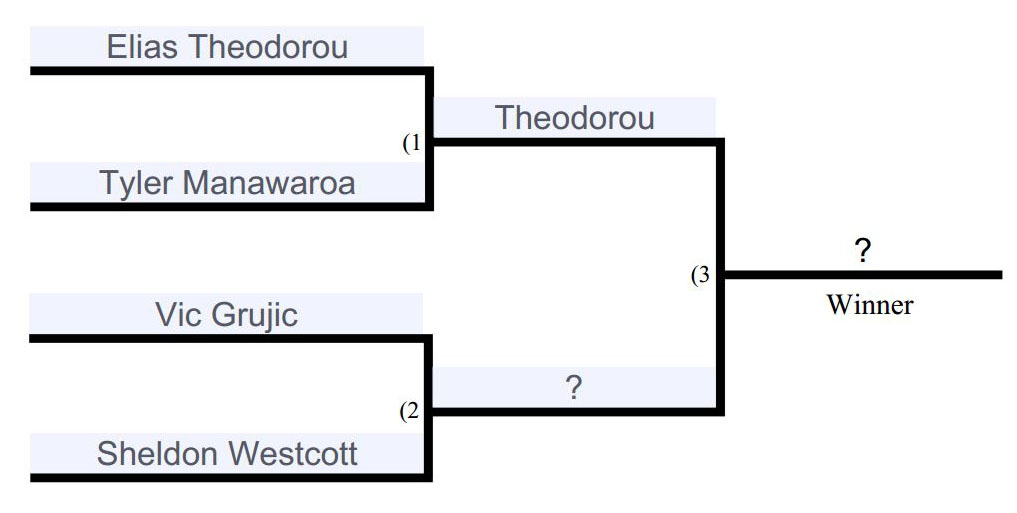 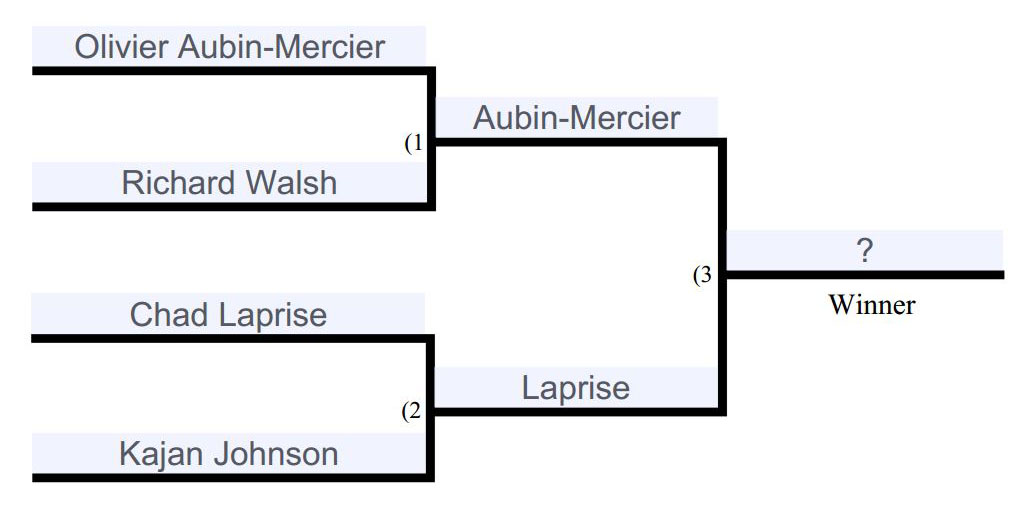