Recap from the season premiere of TUF Nations: Canada vs. Australia.
Tune in Wednesday's at 10 pm ET/7 pm PT. 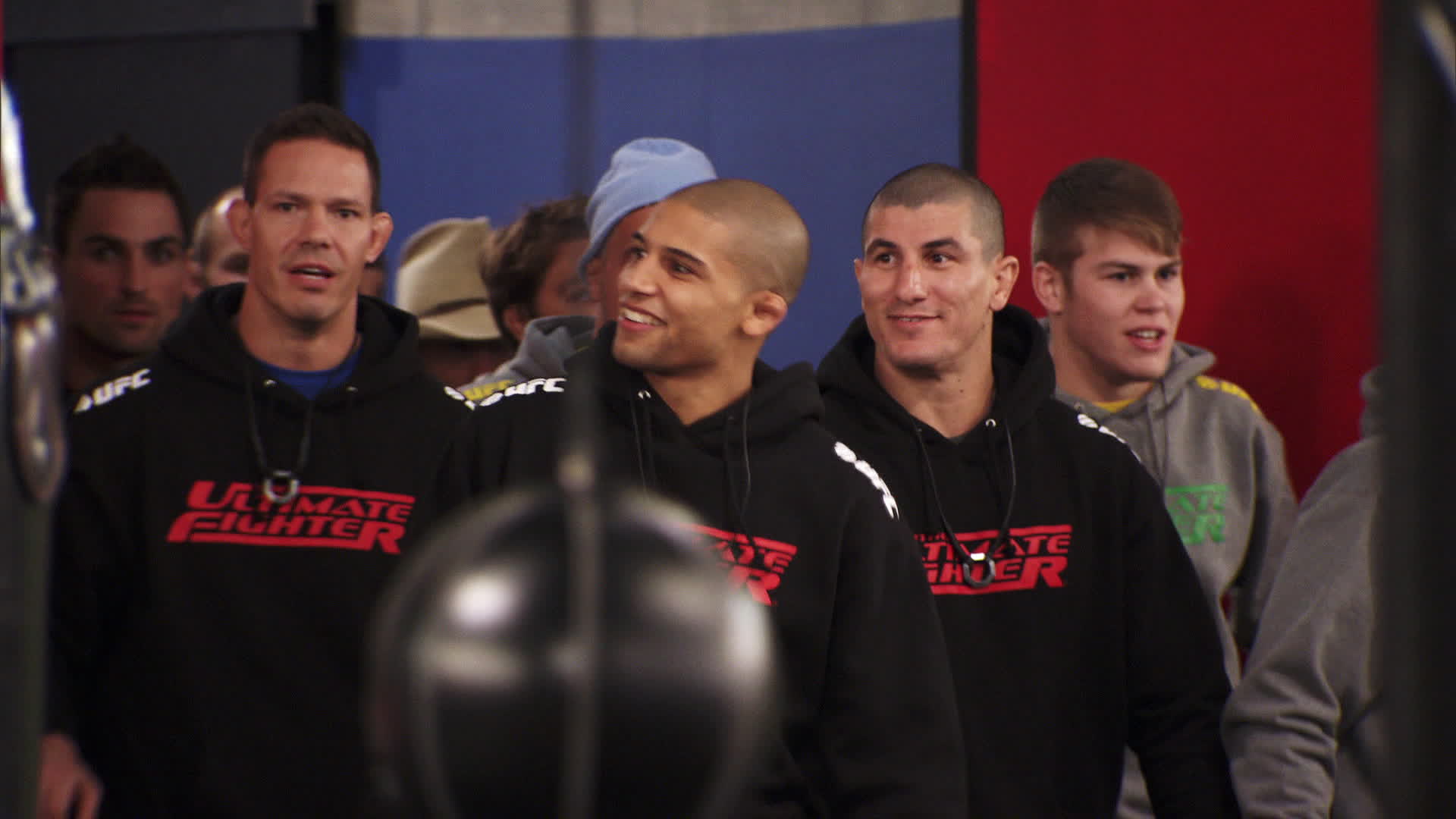 After Dana White introduces TUF Nations all the fighters walk into the gym; the coaches then follow. Patrick Cote represents Team Canada and Kyle Noke will be in charge of Team Australia.

They immediately get down to business and flip a coin to determine control. Despite having Kyle Noke flip it, Team Canada wins the toss and will determine the first fight. After Dana lays out the stakes and potential end of season bonuses (no word if those will be paid in Canadian, American or Australian dollars), the teams break to their respective locker rooms to talk and strategize. Coach Cote talks about the importance of representing your country properly and how he understands all he extra stresses that come along with being on TUF (he was on season four). Coach Noke gives the main rules for being on his team: give 100% and “no crying.”

The teams head to the house and it definitely looks a lot different this season. Gone is the mansion in Las Vegas. Instead, we have a rustic log cabin in Quebec. Team Australia’s Richard Walsh says it perfectly lives up to his idea of a Canadian house since there are taxidermied moose on the walls. As a result, he gives up all rights to being outraged at Crocodile Dundee jokes. As the Australians are eating dinner, Team Canada barges in and interrupts. We soon see who will be Team Canada’s “that guy” this season -- Kajan Johnson. Not only does he describe the house as “Money bro!” but he even drops some freestyle rap verses.

We come back from a break and the teams are back at the gym. There’s an XBOX One on display and a giant projection screen. Nope, this isn’t that next level Call of Duty training. Dana White appears on screen to give the guys one last pep talk. He even does it without dropping one 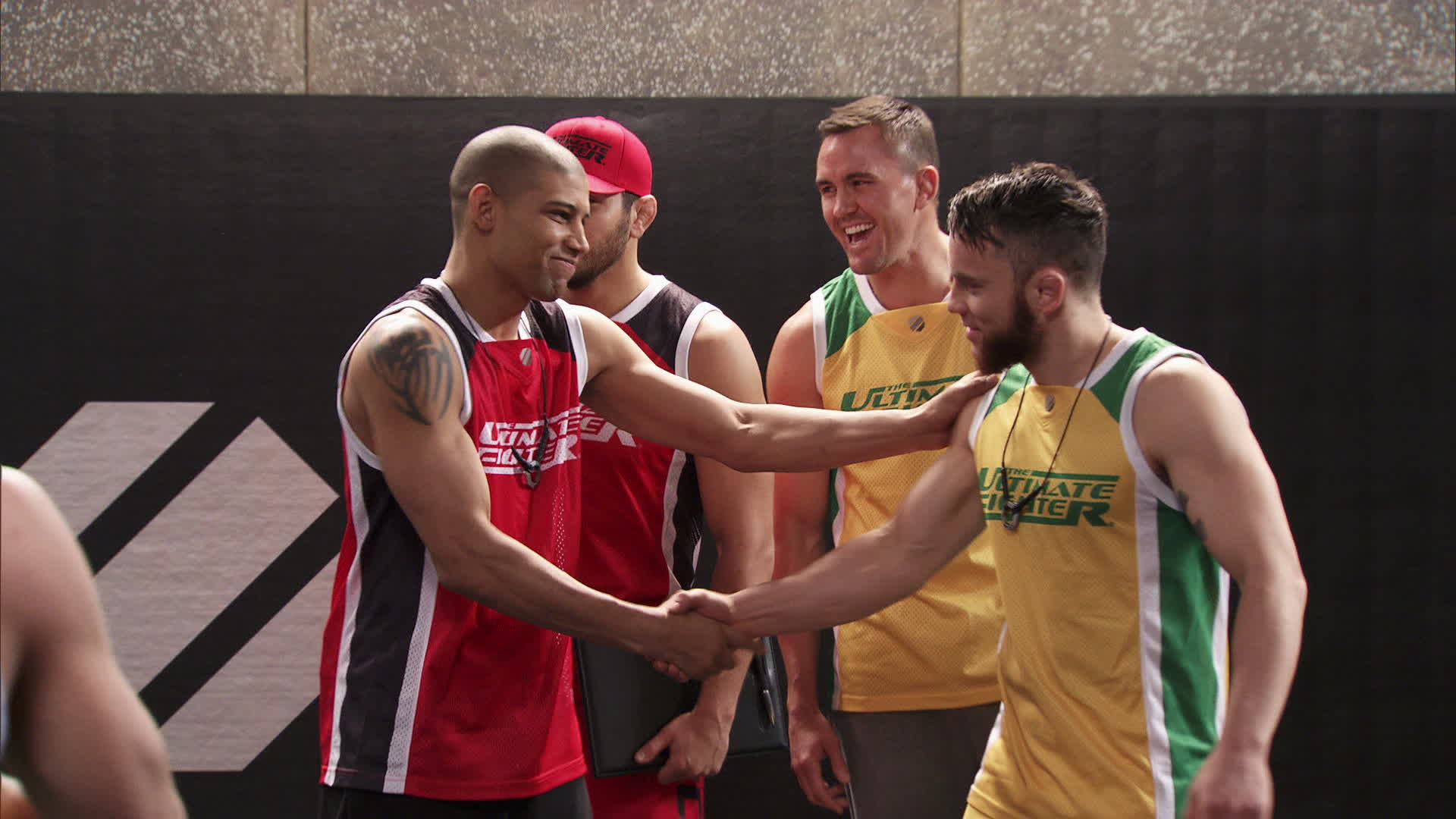 single expletive! We quickly transition to the fight selection and Patrick Cote announces that Kajan Johnson will be taking on amateur cowboy Brendan O’Reilly. Surprised by the decision, Coach Noke is extremely happy with the result. He admits that Kajan has a lot of experience, but he thinks that he’s too wild and has an unimpressive record (Johnson is 19-10). Cote explains that the reasoning behind the choice as twofold. First, Kajan personally pleaded to be the first one to fight. Secondly, since Kajan is one of the smaller welterweights on the show, he chose Brendan since he normally competes at lightweight.

We then get a glimpse at each team’s training session. The real highlight comes from Team Australia assistant coach Israel Martinez. He keeps hammering home how the staff will have a no nonsense approach and that they will not take it easy on them. He emphasizes this point with a simple example like, “If you forget your cup on sparring day, your balls are going to be hurting for awhile.” It’s going to be hard to top that quote.

We see Brendan O’Reilly hitting pads and drilling some technical striking. His knees look shard so that will be something to keep an eye on. He credits his success to his high pain threshold and a sister that beat him up a lot as a kid. Not exactly a heroic origin story, but maybe that’s just how they roll in the Southern Hemisphere.

Back at the house Team Canada sits in the living room sizing up Team Australia. You can applaud them trying to be tactical, but they failed to take into account that the walls in the house are extremely thin. All of Team Australia hears their discussion and Brendan comes down to 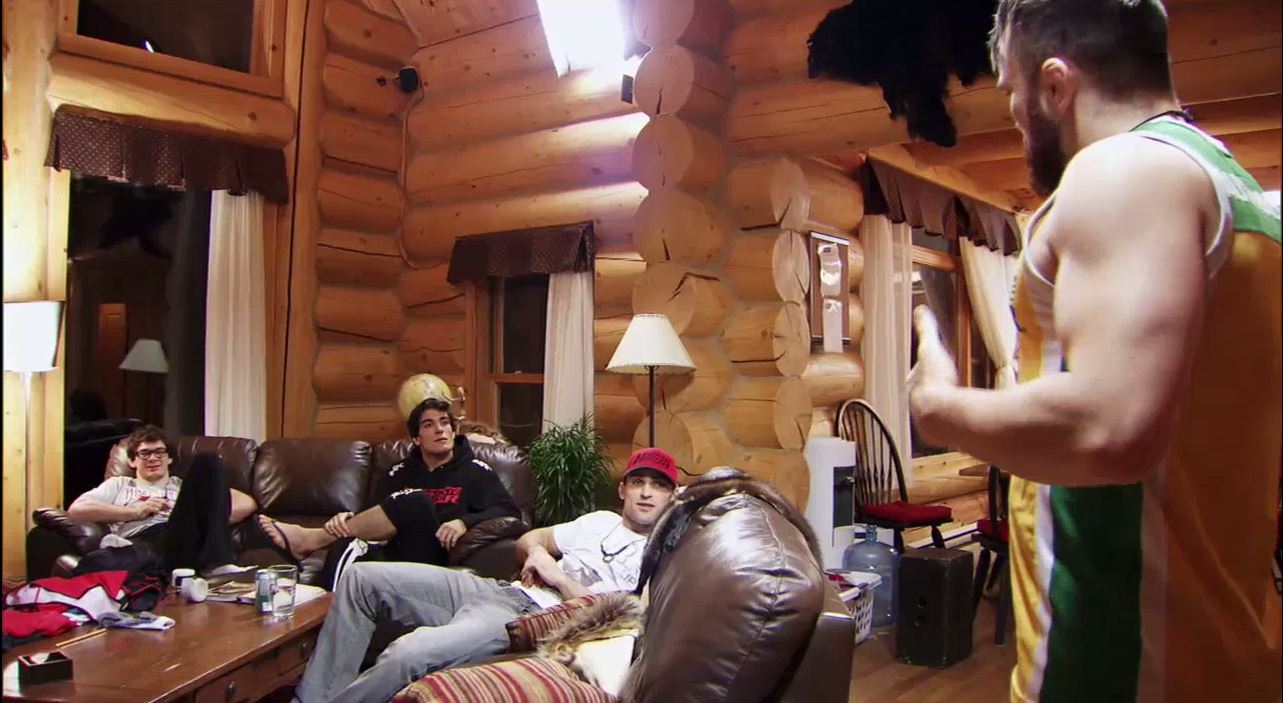 confront them. If you were expecting a Julian Lane level blowup, you’ll be disappointed. He just tells them that Australians aren’t scared and not to underestimate them.

Even though it’s the first fight of the season, Kajan Johnson still has some injuries. There’s a minor LCL tear, rotator cuff problems and something else very technical and medical sounding. Whether he’s already making excuses or legitimate injuries, it’s certainly something to keep in mind. We have the weigh-ins, and Kajan clocks in at 168 and Brendan at 166. Fight day comes and Kajan Johnson appears to go all Diego Sanchez as he talks about the benefit of meditation and rubs smoke over himself. His fighting strategy also consists of, “If you go out and have fun, 99% of the time you win.”

Brendan comes out and searches for the takedown right away. The two are against the fence and Brendan momentarily gets Kajan down, but the Canadian quickly rises to his feet. Not wasting any time, O’Reilly scores a beautiful suplex and moves to ground and pound. Kajan rolls 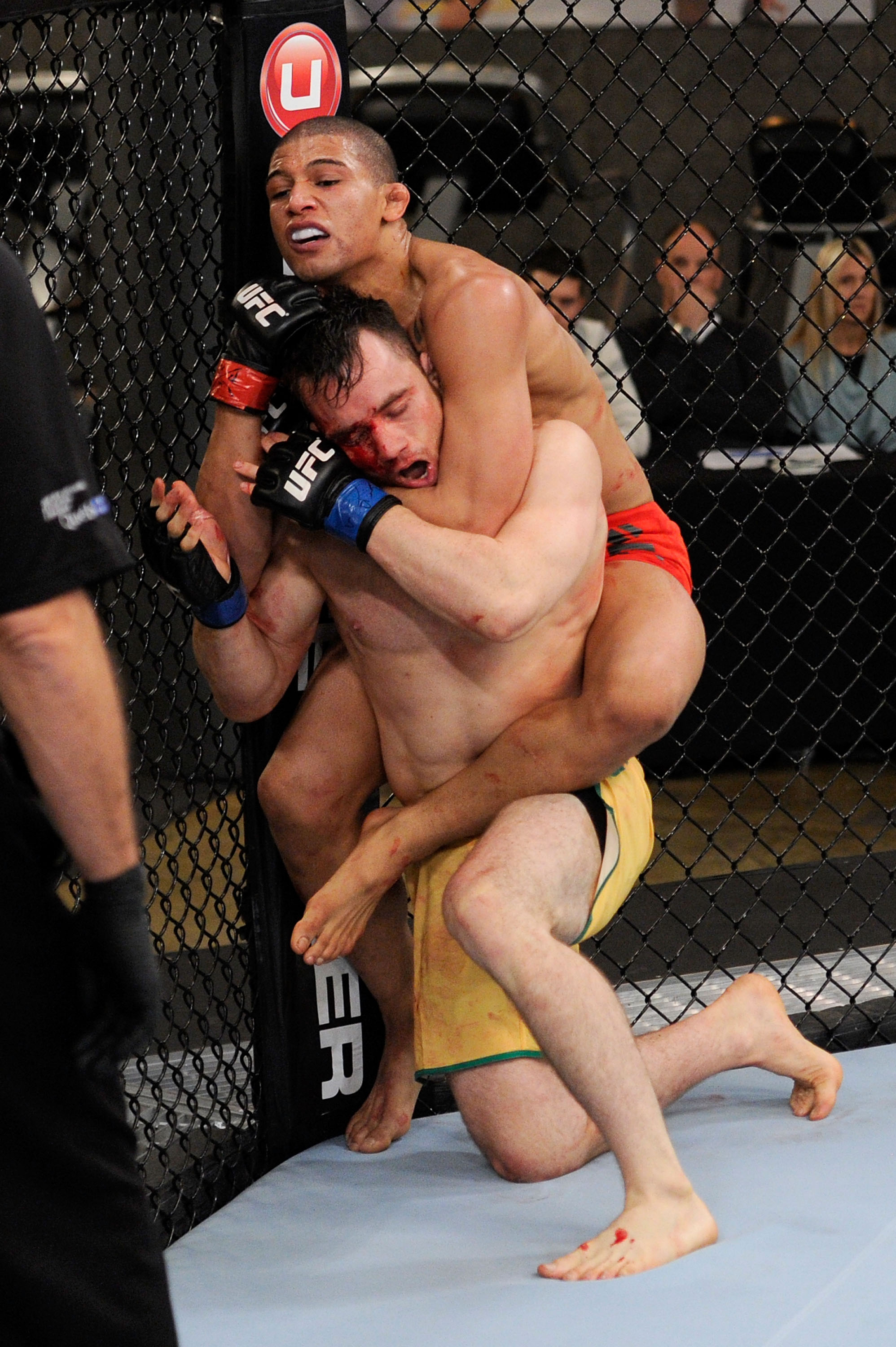 through and locks up a tight heel hook. He starts wrenching and Brendan back up his claims of a high pain tolerance. He eventually gets his leg free and the two move back to their feet. Kajan moves for a single leg takedown of his own, but Brendan defends. Kajan doesn’t stall and grabs a waistlock. He drags Brendan down and goes for a rear naked choke. Brendan defends and the two break apart again. With half the round still left, neither guy shows any sign of slowing down their frenetic pace. As Brendan charges forward, Kajan locks up a clinch. Brendan tries to counter with a takedown, but Kajan slips out the back. He brings Brendan to the ground and attempts another rear naked choke. Brendan tries to fight it, but it’s in too deep and he taps out.

As Team Canada cheers, the Australians look completely dumbfounded. Coach Cote says that the math went exactly as expected. Coach Noke says Brendan was overexcited and lacked focus. Brendan gets stitched up, but the commission won’t suspend him. He still has the potential to come back as an injury replacement. We move quickly to next week’s fight announcement and Team Canada retains control. It will be in the middleweight division and Canada’s Elias Thedurou will take on Team Australia’s Brazilian Jiu Jitsu black belt Zein Saliba.

The episode closes with a preview to this season’s exploits. Will Team Canada run the table? Can the Australian’s bounce back? Why are they shooting apples? Find out this and more this season on The Ultimate Fighter!