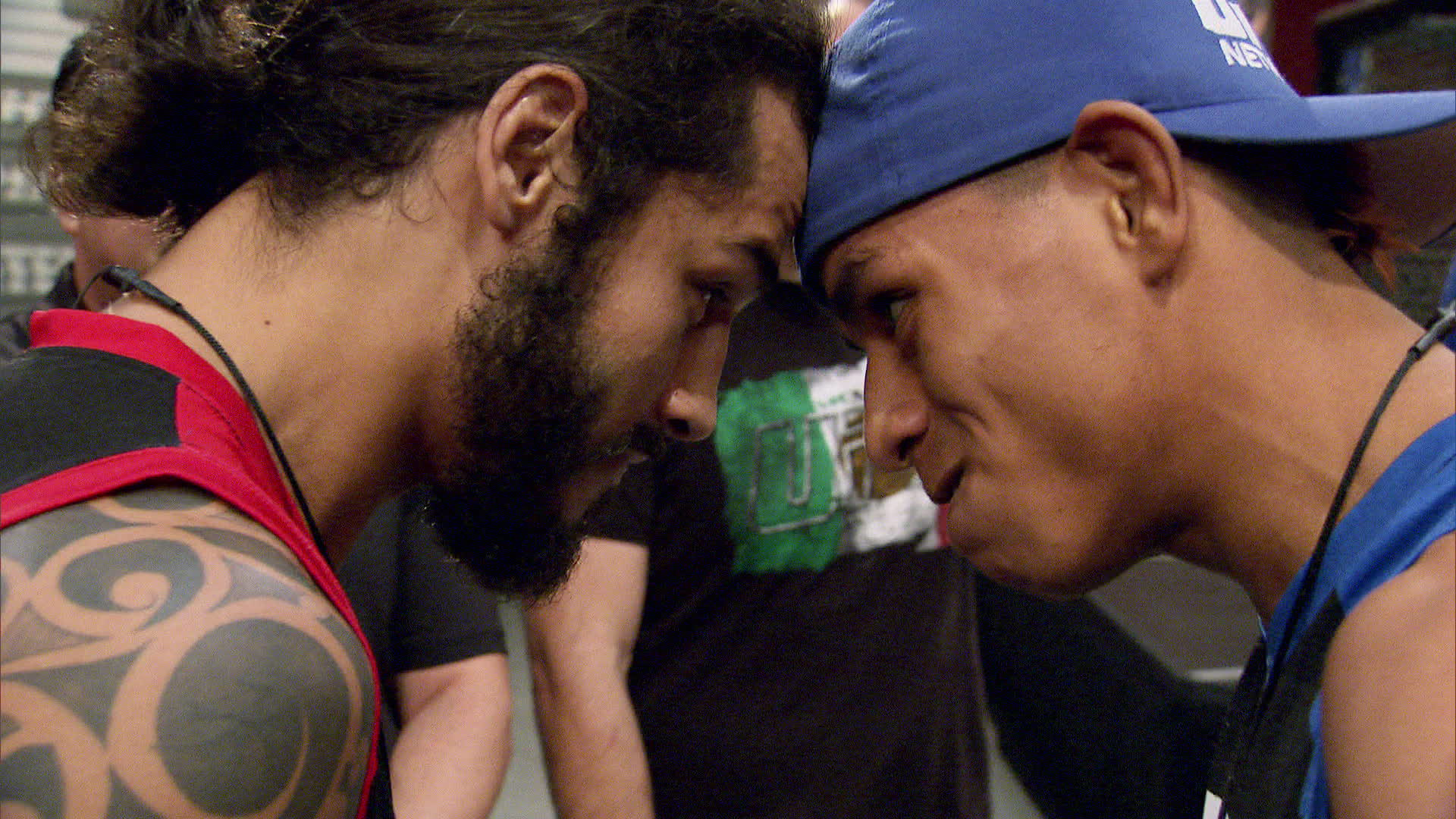 The first season of The Ultimate Fighter: Latin America has not gone very well for the Latin American team, as they've pulled off just a single win through seven fights, and with only one left to go until the semifinals the pressure is on Leonardo Morales to pull through and punch his ticket to the next round of the tournament.

Beyond the fact that they are down in the competition, the Latin American team under coach Fabricio Werdum has another reason to be motivated and emotional after last week's highly controversial decision in the fight between Guido Cannetti and Marco Beltran.  The fight was scored as a majority decision for Beltran after two rounds that very few people saw him winning.

Cannetti controlled the pace of both rounds, landed more strikes and seem to overwhelm Beltran, but a point deducted for an illegal strike on the ground cost him and then a befuddling call in the next round added up to another win for the Mexican side despite just about everybody - including coach Cain Velasquez - believing the Latin American side should have gotten the nod.  Needless to say, Cannetti is still fired up about the controversial loss and that will certainly carry over into his time in the house this week.
> Watch: The Ultimate Fighter Episode Eight Preview

It's one thing for a fighter to lose a close, controversial decision and then return home where they can be consoled and start to get over the loss.  It's another thing altogether when a fighter has to go back into a house with their last opponent sleeping just a few feet away from them and an entire team celebrating a victory no one is quite sure they earned.

For the final fight of the opening round of The Ultimate Fighter tournament, Morales will take on Masio Fullen, with a lot of pressure on the Team Werdum fighter to get through to the next round.  Morales might be the best shot the team has as well because as a 4-0 fighter with legitimate knockout skills, he's going to be a handful for anybody in the competition.
> Watch: Fullen and Morales get heated at fight selection!

Morales has been one of lesser featured fighters this season mostly due to the fact that he's been keeping his head down and just working harder to get better.  He has even kept his distance from his teammates, which might seem strange, but Morales appears to have a laser focus on the task at hand and that's making it to the next round.  While there may be some outside concern about the Latin America side putting a second fighter through, Morales is only worried about beating Fullen, staying uninjured in the process, and getting ready for his next round matchup.

Fullen is another of the Mexican side's experienced fighters, with a 9-4 record overall and a solid mix of knockouts and submissions on his record.  The place where Fullen comes up short in his losses are on the judges' scorecards.  In his four losses, three of them have come by way of decision, while in his wins Fullen has only gone to the judges one time.  In other words, look for him to bring the heat and try to put Morales out before the final horn sounds.  Given last week's controversial finish, Fullen has to know that putting Morales away is the only guarantee to get through to the next round, no matter how dominant he might be in the fight.
> Watch: Meet Masio Fullen

Despite Fullen's experience edge, Morales is a fighter on the rise and definitely one worth watching.  He's got explosive striking especially with his legs, where he throws a bevy of kicks that tag his opponents' bodies from head to toe.  Morales might have been the Latin American team's best hope all along, but he's had to wait until now to perform.  If he's anything like his past fights on video, Morales could be a crowd favorite pretty quick with his punishing, fast and devastating style.
> Watch: Meet Leonardo Morales

Once the fight between Fullen and Morales is finished, the coaches will then sit down with Dana White to discuss the next round of the tournament while the finalists from The Ultimate Fighter: Latin America will be decided.  Regardless of what happens in the final fight, Team Velasquez already knows that they will have to put two different teammates against each other to make it to the finals.  While a dominant early season is great for team morale, it also means eventually it's going to be every man for himself because only one person can win The Ultimate Fighter.

How will the Mexican team do when it comes to fight selection? Is there a chance one of them will actually call out one of their own teammates?  Can the Latin Americans manage to get a couple of favorable matchups and put at least one fighter into the next round?  Also, following last week's win by Team Velasquez in the ultimate game of pool, the Mexicans will enjoy a night out in Las Vegas with their coach and it's hard to tell what's about to unfold when these guys finally get unleashed for a night.

Tune into the new episode of The Ultimate Fighter: Latin America this Tuesday on UFC Fight Pass to find out what happens.