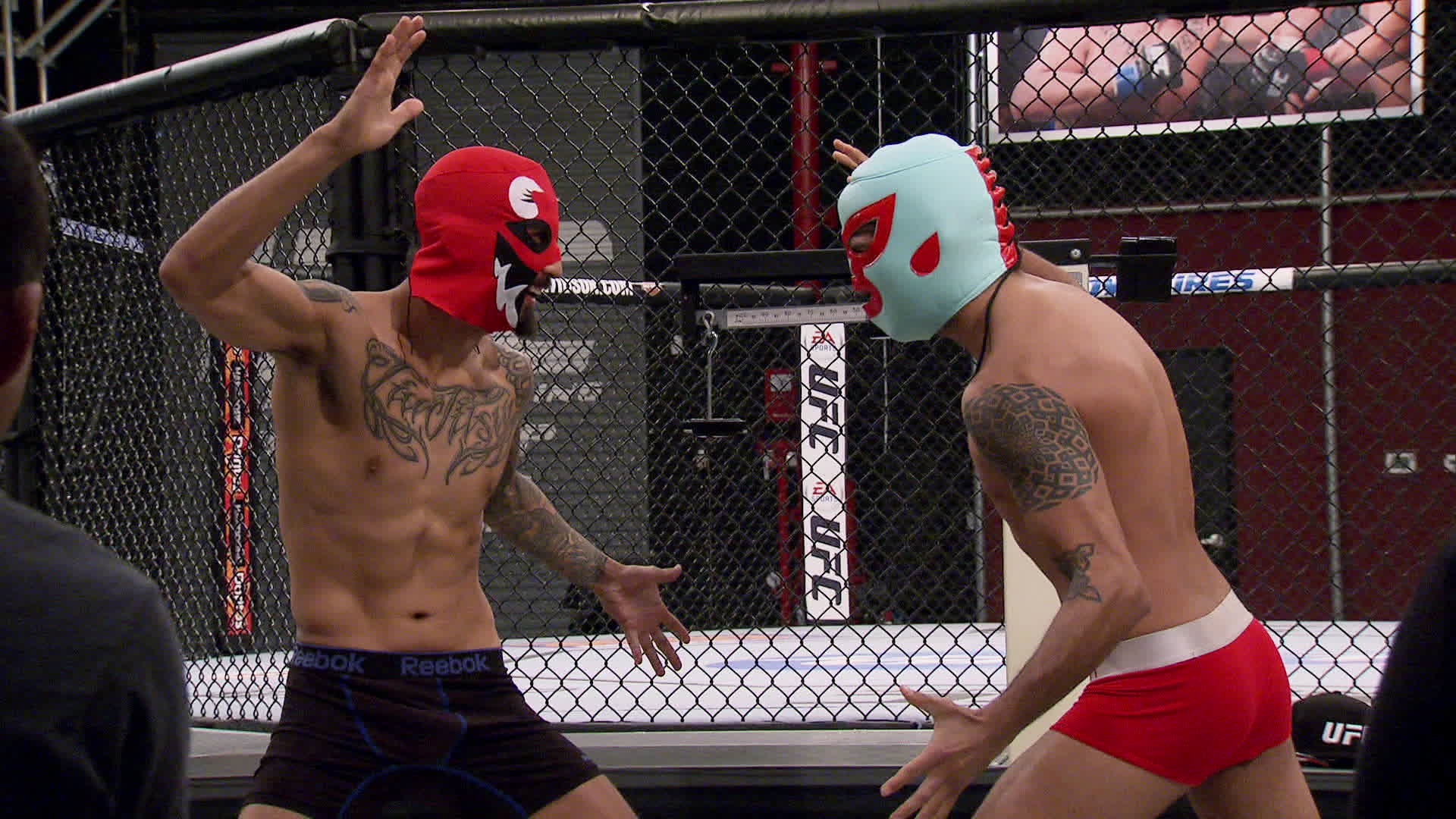 It's a really tough week in The Ultimate Fighter house as the final bantamweight semifinal goes down, pitting Mexican against Mexican when Jose “Teco” Quinonez takes on Marco Beltran.

Coach Cain Velasquez has already had to sit through a matchup of his fighters when Yair Rodriguez took out Rodolfo Rubio in the featherweight semifinals two weeks ago.  It doesn't get any easier for his team as Quinonez and Beltran get ready to face off after an entire season spent living and training together.

The fight forces the team to seemingly pick sides as well, especially considering Quinonez's popularity amongst his fellow teammates on the Mexican side.  He's trained with a laundry list of the fighters on Team Velasquez so he's already got a leg up on the competition.

Unfortunately, it puts Beltran in an even tougher spot than he was already in when this fight came together. Beltran is the one fighter on the Mexican team who unanimously lost his quarterfinal round matchup to Guido Cannetti in everybody's eyes except the three judges sitting cageside. Beltran had to suffer through teammates and coaches saying they felt he lost the fight and now he has to come back and face one of the most popular and dangerous team members at 135 pounds.

Meanwhile on Team Werdum, they are relaxing this week because the only fighter left in the competition from their squad is Leonardo Morales and he's the last bout of the season next week.

The mood is still somber, however, after watching their teammate Guido Cannetti get put to sleep a week ago with one of the nastiest knockouts of the season. Cannetti earned his second chance in the tournament after teammate Marlon Vera was forced out of action due to a skin condition that put him in the doctor's office instead of the Octagon.
> Watch: Marlon Vera Meets with Doctor

As excited and confident as Cannetti was to prove he was the best fighter on the Latin America squad, he got flattened in the first round by Mexican Alejandro Perez.

This week Cannetti returns home after eating a gigantic slice of humble pie.  It's never fun to get knocked out in the UFC.  It's even less fun when it happens during a fight as important as the one Cannetti had against Perez after earning a second life following a controversial decision loss.
> Read: The Ultimate Fighter Latin American Episode 10 Recap

Maybe the worst part of it all is that throughout his entire MMA career, Canetti had never suffered a knockout loss and now he's going to get stuck seeing it over and over again when he returns home from the reality show.

As the fight draws near this week, Velasquez and his coaching staff once again excuse themselves from the training room to prevent showing any kind of favoritism to either Quinonez or Beltran as they get ready for their fight.  If anyone ever doubts the sincerity of Velasquez or the team he represents at American Kickboxing Academy when they say teammates will not fight teammates from the gym, they absolutely mean it.  This is further proof of that fact.

There's no choice but for Quinonez and Beltran to fight, so Velasquez, his head coach Javier Mendez, and the rest of the trainers bow out in the days leading up to the bout.

In terms of the matchup this week, it's going to be awfully hard to pick.

As Quinonez showed in his opening bout several weeks ago, he has long range, serious power and a deadly arsenal of tricks up his sleeve.  While his record isn't as decorated as some of the other fighters in the house, Quinonez might have been a sleeper pick to roll through the tournament the way other relative unknowns like Amir Sadollah did when he was on the Ultimate Fighter back in season seven.

Beltran showed in his fight with Cannetti that he's tough as nails and willing to go hard from bell to bell. It can't be ignored that despite his win, Beltran definitely looked the worse for wear after the fight because he went all 10 minutes and absorbed a ton of punishment during that time.

Meanwhile, Quinonez was in and out of his fight against Bentley Syler, finishing the bout by TKO in the first round.

Is there a chance Quinonez takes his training partner and teammate lightly given the fact that he knows he's the favorite and heavy pick to win the fight?  Hopefully that's not the case considering what's on the line - a shot at The Ultimate Fighter title and a huge audience to perform for at UFC 180 on November 5.

Beltran is scrappy and knows he's being counted out.  A man with nothing to lose is sometimes the most dangerous one to have in a fight.  He just needs to persevere and survive, and if Quinonez gets frustrated or can't have his way, it may give Beltran just the opening he needs to take advantage.

While the finals in the bantamweight division will be an all-Mexico affair, who will meet Yair Rodriguez in two weeks’ time?  Will it be Jose Quinonez or Marco Beltran?

Tune into The Ultimate Fighter: Latin America this week on UFC Fight Pass to find out!