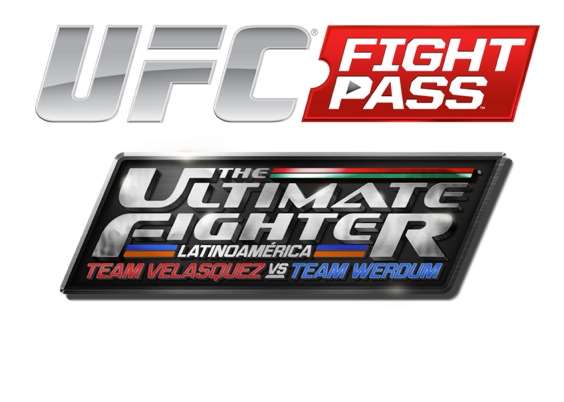 Las Vegas, Nevada –The Ultimate Fighting Championship® organization can reveal the English-language version of The Ultimate Fighter® Latin America will screen exclusively on UFC FIGHT PASS® for US subscribers.

Filming is already underway in Las Vegas, with UFC heavyweight champion Cain Velasquez leading a Mexican team against No.1 contender Fabricio Werdum’s squad of fighters from across Latin American. The season is scheduled to premiere on UFC FIGHT PASS®, the UFC’s digital subscription service, in August with new episodes uploaded weekly.

“I’ve been waiting 15 years for this,” said UFC President Dana White. “Passion for fighting is unrivaled in Latin America. It’s part of their history and their culture. There’s a lot of potential in this season’s cast and I know they’re going to bring it every fight. Adding a little extra rivalry – pitting Mexico versus the rest of Latin America - doesn’t hurt either.”

Fans from the following countries will be able to catch the season on their respective free to air networks: Argentina: CN5, Bolivia: Red Uno, Mexico: Channel.5, Nicaragua: Channel 13, Panama: NexTV, Paraguay: Telefuturo and Uruguay: Channel 10. The season will premiere on these Networks the week of August 18, though dates and weekly episodes will vary per country. Viewers should check their local listings for further information.

More networks will be confirmed prior to the series premiere and, additionally, subscribers to the UFC Network in Latin America will also get the chance to catch replays and watch exclusive content.

In the first Latin American edition of the series, the 27th edition overall, the eight bantamweight (135 lbs) and eight featherweight (155 lbs) fighters have been divided into two teams – Team Mexico, coached by Velasquez – and Team Latin America, coached by Werdum. Over the course of 12 weeks, they will face off in the most challenging sports tournament on television and compete for a six-figure contract with the UFC®.

The coaches will then face off in the famed UFC Octagon® for the heavyweight championship of the world on Saturday, November 15 at UFC® 180: VELASQUEZ vs. WERDUM at the Arena Ciudad de Mexico in Mexico City.

The list of finalists was trimmed from more than 600 applicants, with the final fighters hailing from Argentina, Bolivia, Chile, Colombia, Ecuador, Mexico, Nicaragua and Panama. The competitors are listed by weightclass and alphabetical order (Name, professional MMA record, age, hometown): 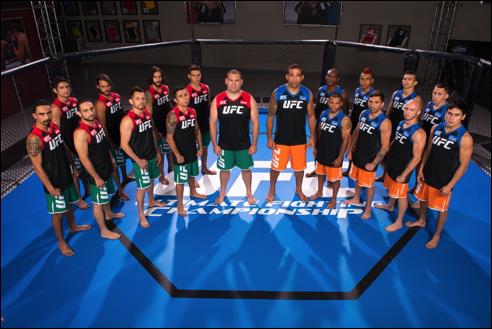 The Ultimate Fighter® has launched the careers of more than 100 UFC fighters and produced UFC champions such as Forrest Griffin, Rashad Evans and Matt Serra and season winners including Michael Bisping, Ryan Bader and Nate Diaz. Mexico-born Efrain Escudero captured the season eight lightweight title, while Mexican-American Diego Sanchez was the first ever winner of the franchise, defeating Kenny Florian, a fighter of Peruvian descent, at The Ultimate Fighter 1 Finale in 2005. Other Mexican Americans to follow in his stead include, Tony Ferguson, season 13 winner, Kelvin Gastelum, winner of season 17 and the first ever female winner of the series, Juliana Pena, winner of season 18.

For more show information, bios, videos and photos, visit UFCFIGHTPASS.com and don’t forget to follow us on Twitter @UFC_FightPass or on Facebook.com/TUF.