The first season of The Ultimate Fighter: Latin America set Mexico against Latin America, as the debut crop of fighters battled it out while coaches Cain Velasquez and Fabricio Werdum kept a watchful eye all season long.

The 16-man roster churned out some exciting fighters who are now competing inside the Octagon, including season winner Yair Rodriguez, who is widely considered one of the top prospects in the featherweight division, especially after his incredible performance against Charles Rosa in June to get his second win in the UFC.

This season, TUF LATAM returns with two different coaches and 16 new competitors, all looking to earn the same kind of opportunity as the debut cast. This year, the teams will be led by two men who understand how The Ultimate Fighter works better than almost anybody else in the world.

Efrain Escudero was the winner of The Ultimate Fighter season 8 in the lightweight division, but he had to endure some very rough patches throughout his career to earn a shot to coach on the show seven years after he first appeared inside the Octagon. Escudero suffered an up and down run that actually got him bounced from the UFC on two occasions, but through a tireless work ethic and an unyielding spirit, he earned his way back time after time and now he's riding a two-fight win streak as he coaches the show for the first time ever.

On the other side of the gym is Ultimate Fighter season 17 winner Kelvin Gastelum, who is still touted as one of the best prospects to ever come off the show after only seven fights in the UFC. Gastelum was an upset winner during his season of the show because he had to topple Uriah Hall in the finals after the New Yorker finished every opponent he faced that year. Gastelum wasn't about to bow to the gods of hype and instead beat Hall and then proceeded to win his next four fights in a row. Most recently, Gastelum finished former middleweight title challenger Nate Marquardt and he'll be in the main event of the upcoming show in Mexico against No. 5 ranked welterweight Matt Brown. 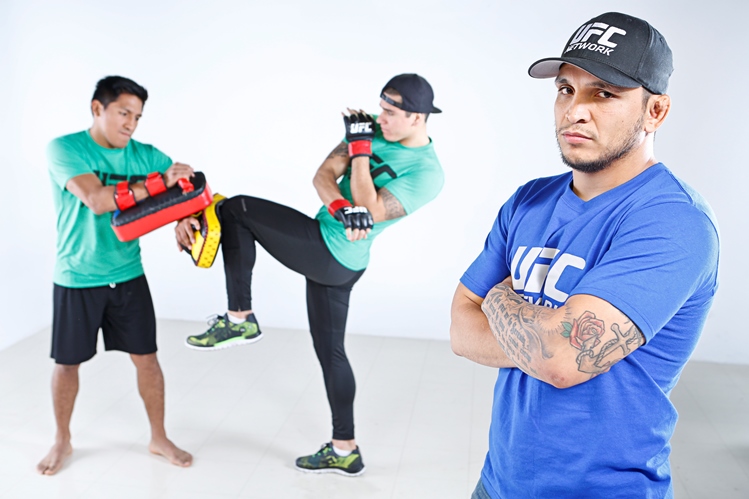 Escudero and Gastelum are only competing for bragging rights this season because they are in different weight classes, so they won't battle against each other when the show is over. But as an extra incentive to get their fighters in the finals, Escudero and Gastelum are longtime friends going all the way back to high school, and considering they both ended up fighting professionally in the UFC, there's little doubt that these two are going to compete with each other, whether it's coaching or playing checkers.

The fighters joining the show this season come from several different countries, including Mexico, Peru, Panama, Spain, Paraguay, Chile and Nicaragua.  The weight classes this season will be welterweight (170) and lightweight (155), with eight fighters from each division represented and competing for the UFC contract to be handed out at the conclusion of the season in November.

One big change happening this season as opposed to last year when Werdum and Velasquez just separated their teams by Mexico and Latin America, Escudero and Gastelum will now have time to evaluate and then pick the members of their own squads.

So the teams this season will be mixed with fighters from all the different countries represented on the show and, under the guidance of Escudero and Gastelum, they will try to navigate their way through the toughest tournament in combat sports until only one man is left standing in each weight class.

When UFC President Dana White arrives in the gym on the first day, he has a message to the fighters who just gave up six weeks of their lives with no cell phones, no 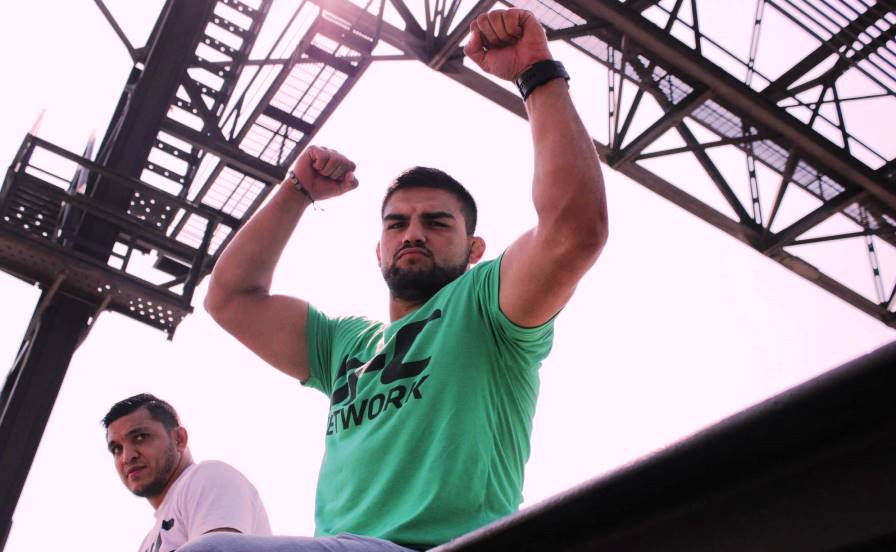 internet, no computers, no women and no contact with the outside world for the chance to compete and win a life changing opportunity.

The UFC has crowned several champions who have won The Ultimate Fighter, and the roster in the promotion is decorated with fighters from around the world who got their start on the reality show and who are now multi-fight veterans inside the Octagon. The fighters this season have the same chance to make their mark, and the talent rich divisions at lightweight and welterweight will soon have an influx of new talent with a winner from each weight class earning their way into the UFC.

Once the fighters are introduced to the coaches and the differing format from last season, Escudero and Gastelum will have a chance to evaluate everybody following a series of workouts, sparring and grappling sessions. Once the coaches pick teams, it's time for the first fight announcement because things are going to get rolling in a hurry on the debut episode. 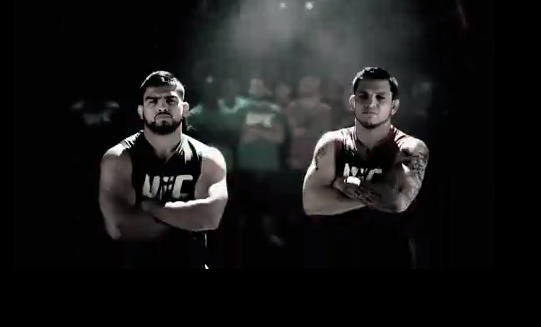 Much like The Ultimate Fighter: Latin America last year and The Ultimate Fighter: Brazil, this season will also welcome back the team challenges, with one side reaping the benefits while the others might be left in embarrassment and misery with some of the tasks they are forced to undertake after being defeated. Winning is always important, but the motivation to not lose will be stronger than ever this year.

Once the fighters settle into the house and get through a little team competition where they get to meet a famous face from the early days of The Ultimate Fighter, it's time to get the competitors prepared for the first bout of the season.

Who will get the upper hand as the competition gets started? Is making the first pick or selecting the first fight the key to putting the best fighters into the next round? Find out when The Ultimate Fighter: Latin America 2 kicks off this Wednesday, exclusively on UFC FIGHT PASS.