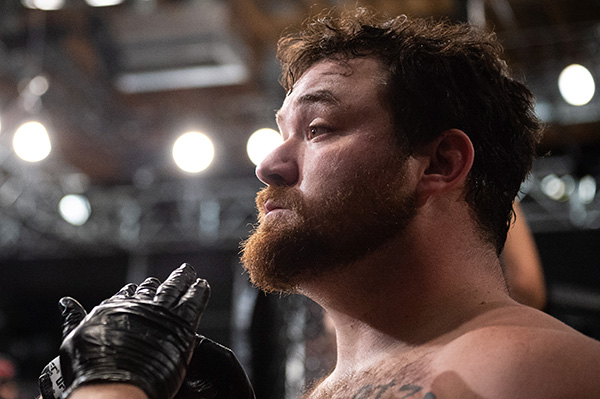 The third fight of the season is already in the books as heavyweights Justin Frazier and Anderson Da Silva clashed on the latest episode of The Ultimate Fighter: Heavy Hitters.

It was an intriguing showdown between Team Whittaker's top overall pick in Da Silva as he went up against Team Gastelum's last heavyweight selection in Justin Frazier.

Last week it appeared Kelvin Gastelum's reasons for rating Frazier so low were justified after he watched the Arkansas native struggle to get through one training session as his conditioning and preparation for the tournament were sorely lacking.

While that was disheartening to watch and then inevitably see middleweight champion Robert Whittaker pick Frazier for the next fight, Gastelum knew he had his work cut out for him this week.

Miraculously, however, Gastelum was shocked at the rapid improvement that Frazier was able to make in just a few days’ time after that bad training session. Once Frazier really started pushing the pace in the gym, he did an about face with his readiness for the upcoming fight. 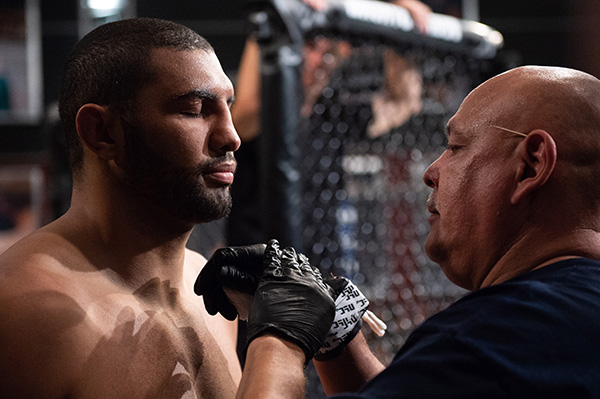 Meanwhile, Da Silva was focused on making Whittaker proud after the faith he put into him by making the Brazilian the top overall pick on his team. Da Silva is a veteran kickboxer with a devastating striking arsenal, but he's still developing in his overall mixed martial arts game.

Elsewhere on the show this week, Team Whittaker women's featherweight fighter Leah Letson was starting to feel a little bit of distance with her training partners due to a language barrier that prevented her from being able to communicate with many of them. It turns out, Team Whittaker ended up with a lot of the international fighters this season, which means an array of diversity when it comes to the languages being spoken during training or at home in the house.

Letson discovered she was struggling to talk to her teammates while Maurice Greene was convinced heavyweight contender Michel Batista was faking that he didn't know how to speak English while sputtering out a few words here and there. Greene even mocked Batista in the training room, which earned him a few sideways stares from some of the fighters on Team Whittaker.

Once that was finished, it was time for the heavyweight fight, as Da Silva looked to put Whittaker's team on the board while Frazier attempted to pull off the upset and give Team Gastelum their third straight victory. 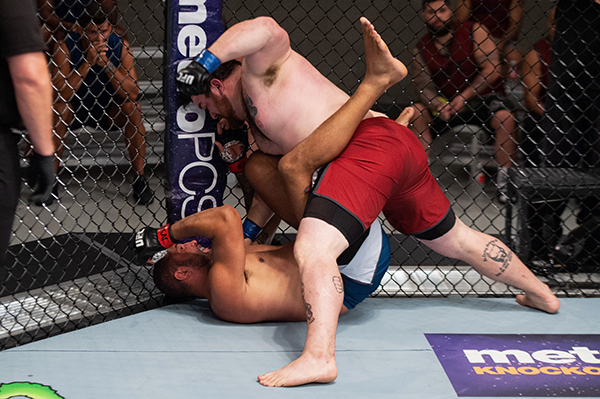 Frazier rushes across the cage, throws one big left hand and immediately plants Da Silva on the mat with a huge takedown. Frazier is using all 266 pounds to weight down Da Silva, who is trapped against the cage eating punches from the Team Gastelum fighter. Frazier is staying busy by putting constant pressure on from the top with Da Silva locked up in the guard, not really trying to get up from the bottom or do any damage. Frazier does a good job posturing up and then firing down with huge sledgehammer-like punches again and again. Frazier is still blasting away with a series of left hands that are continuing to force Da Silva to shift and move, but he's still very much trapped on the bottom with no breathing room whatsoever.

Every time the referee commands Frazier to stay busy, he starts raining down more and more punches to ensure he stays in the dominant position on top. With less than 30 seconds to go in the round, Frazier is able to move into half guard, where he continues his assault from the top. As time expires, Frazier is in complete control while Da Silva has a cut opened up over his right eye. 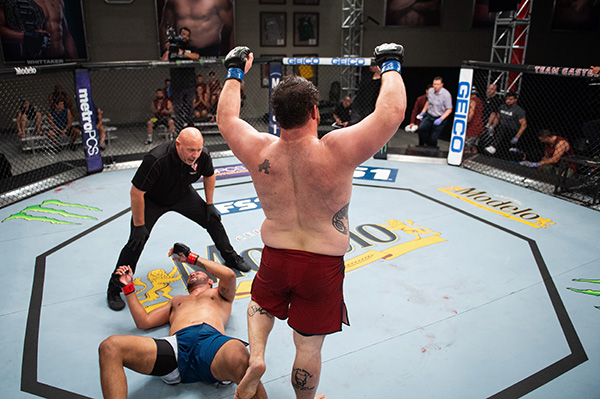 Frazier is aggressive once again to start the second round as he continues to rush forward to put pressure on Da Silva. Frazier ends up pressing the Brazilian against the cage wall, using his power and weight to his advantage. Da Silva is eventually able to turn things around and separate back to the center of the Octagon. Da Silva seems tentative to throw much of anything out of fear of being taken down again. Sure enough, when Da Silva finally throws a short kick, Frazier grabs his leg, rushes forward and then secures another takedown. This time, Frazier is in the center of the cage in half guard, where he's battering Da Silva with short punches from inside his defense. Frazier is using all of his weight to press down on Da Silva, who looks absolutely trapped on the bottom without any attempt to get up again. Frazier is staying busy while Da Silva's coaches are begging for him to get up again without much success. Da Silva does make an attempt to grab on to an armbar from the bottom, perhaps more so to try and reverse positions, but Frazier is quick to work free and go back to his ground-and-pound attack. Frazier is just a punishing force on top and obviously too big and strong for Da Silva to buck off. As time expires, Frazier is still on top as he immediately raises his hands in celebration. 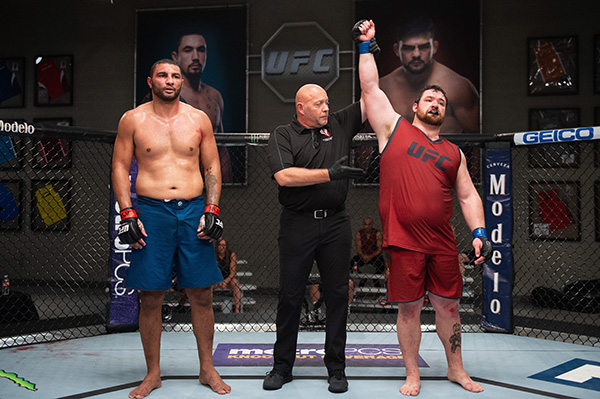 It was an impressive outing from Frazier, who admitted earlier this season that he probably didn't join the show in the best condition but he still found a way to get the job done.

"I am five-foot-eleven with 75 inches of reach. I am not a kick boxer, I am not Mark Hunt but I am a wrestler and I have really good top control," Frazier said about his game plan. "So I knew that if I pressed the pace and closed off the distance, Anderson wouldn’t be able to pick me apart.

"Anderson was the No. 1 pick, I was the underdog all the way through this fight. They did not expect me to even be close. I was the last guy to get picked. I had a horrible display on coach’s evaluations but yet when it came time to fight I showed up and I beat the No. 1 pick. It was my athletic ability and my ability to follow the game plan. The game plan came from the best coaches and the staff, and all the glory goes to them regarding that."

Following Frazier's win, it was up to Whittaker to pick the next fight of the season in hopes of finally getting his team on the board.

The next bout will take place in the women's featherweight division as Julija Stoliarenko from Team Whittaker takes on Marciea Allen from Team Gastelum.

Don't miss a minute of the action when The Ultimate Fighter: Heavy Hitters returns next Wednesday night at 10pm ET on FS1.