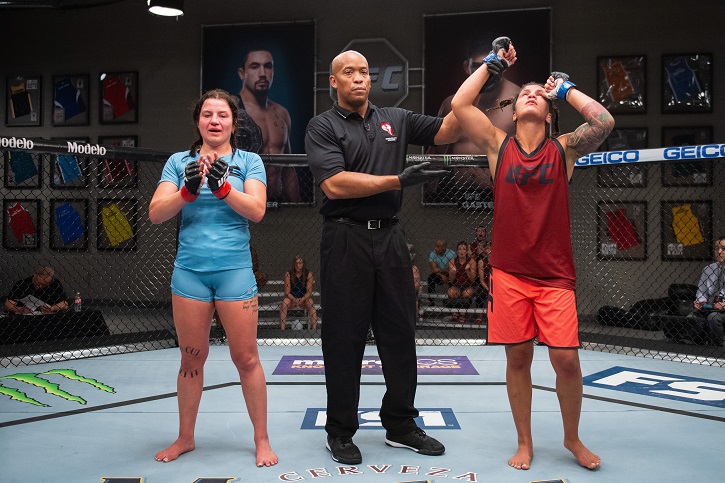 The first ever women's featherweight bout on The Ultimate Fighter took place this week when Pannie Kianzad took on Katharina Lehner in the latest episode.

The ladies had a tough act to follow after heavyweight fighter Maurice Greene kicked off his season with a devastating first-round knockout, but coach Kelvin Gastelum looked to build on that with this week's fight after he selected Kianzad to take on Lehner in a battle between two top European prospects. According to the fighters, they were rumored to face off several times while they were both still competing in European promotions, but the matchup never came together.

Now Kianzad looked to represent her adopted home of Sweden against Lehner, who hopes to ultimately earn a spot in the UFC and become the first German-born woman to get a win in the Octagon.

Before the fight got underway this week, Gastelum had another problem he had to deal with, as heavyweight Justin Frazier was struggling to keep up in practice.

Following a sparring session with Maurice Greene, Frazier was visibly winded while draping his arms over the cage wall just trying to catch his breath. Afterwards, Frazier admitted to his head coach that he was struggling to keep up and he ended up running to the bathroom to vomit after a particularly rough practice. 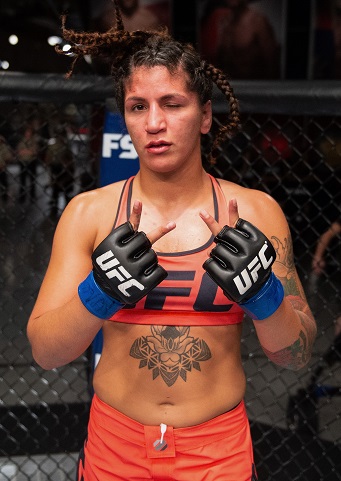 During the initial evaluations, Gastelum was concerned about Frazier's weight and conditioning going into the house and now his worst fears were being realized. Even Frazier admitted that he probably didn't come to the show in the best possible condition to be ready to fight.

Unfortunately, there's not going to be a lot of time to change that now with the fights moving rapid fire through the opening round of the tournament. That means Frazier will have to hope he can get by on pure skill while continuing to build his endurance with each passing training session.

Elsewhere this week, Kianzad faced her worst nightmare before her fight with Lehner took place after she chipped a tooth and was forced to visit the dentist. According to Kianzad, she suffered some kind of trauma at the dentist as a kid, so going there to get a replacement tooth was just about the worst possible scenario for her before the fight.

Thankfully, she was able to get some pain-free work done before returning to the gym for the final preparations for the battle ahead against Lehner.

ROUND 1
Both fighters are quick to rush to the center of the Octagon, with Kianzad landing first, but then Lehner is able to fire back with a couple stiff overhand punches. Kianzad looks for the clinch but she's not able to do much with Lehner coming underneath with uppercuts to break free. Kianzad looks for the clinch work against the cage but she's not able to do a lot of damage and finally breaks free after a stalemate. The fighters begin exchanging strikes in the center again but Kianzad once again pressures forward and grabs on to the clinch against the cage. Lehner is doing a good job breaking free from the position while trying to fire off a few stiff punches in return. Lehner has an effective counter jab that's landing when Kianzad moves forward. Still, Kianzad is more active with her combinations on the feet, throwing more shots in succession. With less than 30 seconds remaining in the round, Kianzad drags Lehner to the ground for her first takedown. It was a back and forth round, but Kianzad seemed to be the more active, offensive-minded fighter over the first five minutes. 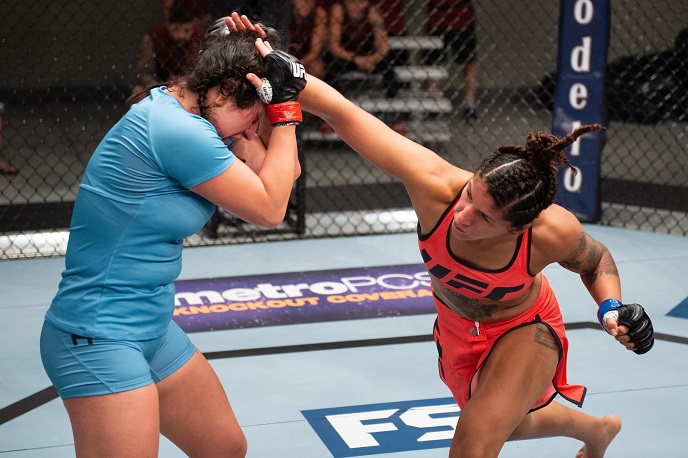 ROUND 2
Once again, both fighters are quick to the center, but this time around Kianzad wastes no time changing levels and landing a beautifully timed double leg takedown. Kianzad looks to improve her position by moving into half guard while trying to do damage from the top. Lehner is stuck playing defense while attempting to get some breathing room so she can attempt to get back up again. Lehner listens to her coaches by constantly moving back towards the cage and finally working her way back to the feet. She's still locked in the clinch with Kianzad pushing her against the fence while peppering away with short knees and elbows from the inside. Kianzad continue to pressure Lehner against the cage with a suffocating clinch game. Lehner finally breaks free for a split second and makes an ill-fated attempt to go for a judo throw but she can't land it. Ultimately, it's Kianzad who ends up on top in half guard once again with time ticking away in the round. Kianzad maintains her top control while rising up occasionally to land an elbow or a hammer fist. Lehner attempts to scramble free but she ends up giving up her back momentarily before Kianzad rolls into the mount. Kianzad begins hammering away with punches from the top with Lehner trying to her best to roll out of the position but she's unable to wiggle free. The round ends with Kianzad still in control and Lehner knowing that she probably just suffered a loss.

Following the fight, Kianzad was happy with the outcome as she picks up her first win to move into the next round of the tournament in the women's featherweight division.

“I knew I was going to fight a much stronger and heavier opponent, so I just kept my distance, kept on my feet and whenever I feel like taking her down I would," Kianzad said. "After I used my feints and my kicks I would do so. It worked out well. I am really happy with my performance. It is exactly what I was planning on doing before I came in.

"I love my team. I feel like it is really weird how close the whole team is after a week. It feels like we have been training together for years and years. They don’t want to change how you fight, they just want to polish it and make you do what you are good at and that makes me really happy.”

Following two straight losses, middleweight champion Robert Whittaker made the next fight selection and he wasted no time picking the fighter Gastelum probably hoped he'd leave on the sidelines a little longer.

The next matchup in the heavyweight division will be Anderson da Silva taking on Justin Frazier.

Can Frazier overcome his conditioning issues or will it be too little, too late against a prolific and dangerous striker like da Silva?

Tune in to the next episode of The Ultimate Fighter: Heavy Hitters next Wednesday night at 10 pm ET on FS1 to find out.