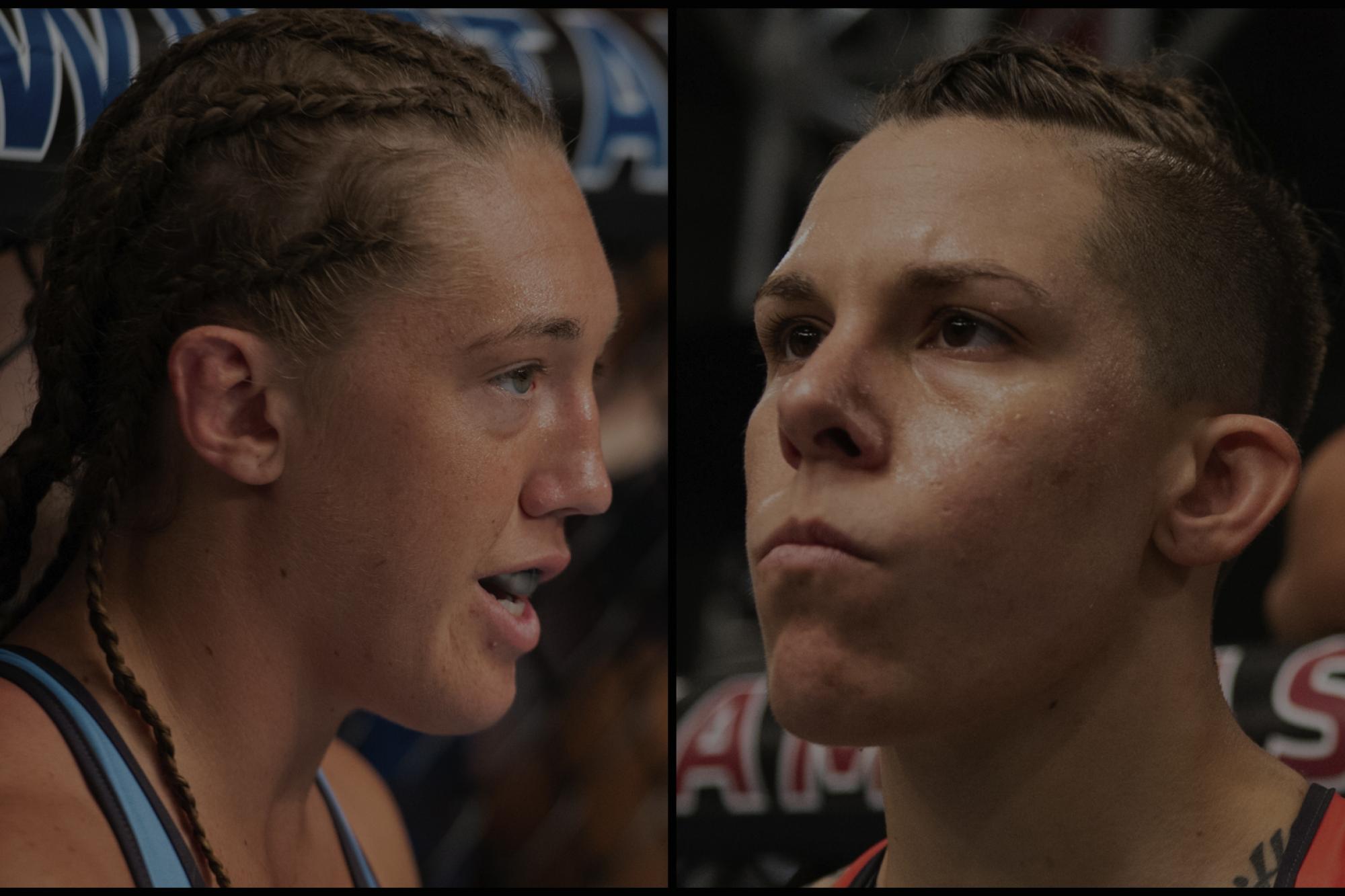 It all comes down to this on the final episode of The Ultimate Fighter: Heavy Hitters
By Damon Martin • Nov. 28, 2018

It all comes down to this on the final episode of The Ultimate Fighter: Heavy Hitters, as the women's featherweight division once again takes center stage.

Last week saw the men's heavyweight division get wrapped up as Team Whittaker's Juan Espino settled his season long grudge with Maurice Greene from Team Gastelum to punch his ticket to the finale this Friday, Nov. 30 in Las Vegas. Espino will now take on Justin Frazier, who had the most improbable run of anybody on the show after he was the last pick for Team Gastelum and then went on a tear to take out two of the top fighters from Team Whittaker in back-to-back performances.

Now the final fight is upon us with Leah Letson from Team Whittaker taking on Macy Chiasson from Team Gastelum. The winner of this fight will move on to the live finale to face Pannie Kianzad, who earned her way to the finale with a win over Julija Stoliarenko two weeks ago.

It's been a long season for all of the fighters going into this final week and final fight, as the coaches are looking to keep everybody motivated for these last few days.

Middleweight contender Kelvin Gastelum has tried to inject a lot of enthusiasm for his team all season long after he participated on the show not that long ago. Gastelum has brought in numerous guest coaches, as well as his personal strength and conditioning coach, to give his team the best possible training to get them ready for the show.

This week will be no exception as Gastelum will once again bring in a couple high profile guests to work with his team.

First up is light heavyweight contender Ilir Latifi, who has been tearing up the 205-pound division in recent months with a two fight winning streak and wins in five out of his past six performances. Latifi is a top five-ranked contender, so there's little doubt that he'll be able to add something to the practice for the fighters in these final days.

The season finale will also feature flyweight champion Henry Cejudo, who joins the show to speak to Team Gastelum just days after he won the title at UFC 227. The fighters had the chance to watch his incredible performance on the show last week and now Cejudo will join them for dinner to offer some words of wisdom.

Cejudo is not only the flyweight champion but he's an Olympic gold medalist in wrestling, which immediately makes him arguably one of the most accomplished combat sports athletes in history. Plus, Cejudo has an inspirational story, from his humble upbringing to his reign as the best flyweight in the world, and he'll definitely have some advice to share with the fighters on the show who are just now looking to start their careers with the UFC.

Meanwhile, Team Whittaker will be focused on getting Letson ready for her battle with Chiasson after she already endured a two-round war with Bea Malecki a few weeks ago.
Thanks to everybody already fighting this season, the coaches have some extra footage to watch with the athletes ahead of the semifinals to break everything down in a video session. Whittaker and his coaching staff have become experts at picking apart the smallest details to get ready for fights, and the results have shown in the reigning and defending middleweight champion.

Letson had to endure a grueling battle the last time out, so there's no doubt Whittaker and his coaching staff will attempt to come up with a game plan that will make things a little easier on her this time around. Letson is a well-rounded fighter who already had a UFC contract when she was previously brought up from Invicta Fighting Championships for a card that was taking place earlier this year.

Letson's original opponent was Yana Kunitskaya, who ended up being pulled for a featherweight title opportunity against Cris Cyborg, so that matchup never ended up taking place. Letson ultimately joined the reality show instead and now she's looking to prove she belongs in the UFC by moving into the finals.

As for Chiasson, she has far less experience than her opponent in the semifinals, but she might be one of the brightest prospects on the show this season. Chiasson is a legit featherweight standing 5-foot-11-inches tall with a big reach and a massive frame for that division.
In fact, heading into the final fight this week, Chiasson will endure a tough weight cut in preparation to face Letson.

Chiasson is a big fighter for the women's featherweight division and cutting down to 146-pounds twice over just a few weeks would be taxing for anybody in her position. Obviously, Chiasson is going to do everything possible to defeat the scale, but that can absolutely take a toll on her body in the lead up to this three-round fight.

In terms of matchup, Chiasson was a fast starter in her last bout and it's likely she'll look to employ that same strategy this time around. Chiasson is a nasty striker with a lot of range and reach for her division and she'll certainly look to beat up Letson during any exchanges where they start trading shots on the feet. Chiasson proved in her last fight that she will definitely go for the kill if she gets Letson into trouble, so don't blink if she starts unleashing her combinations.

On the flipside, Letson has shown incredible heart and durability throughout her career, but especially in her opening round fight to get to the semifinals. Letson has a strong overall skill set and the ability to mix in takedowns, and working on the ground could give her a distinct advantage over a greener opponent like Chiasson.

Who will employ their game plan and move on to the live finale this Friday in Las Vegas?
Find out in the last episode of The Ultimate Fighter: Heavy Hitters when Chiasson faces Letson to see who will move on to the women's featherweight finals.