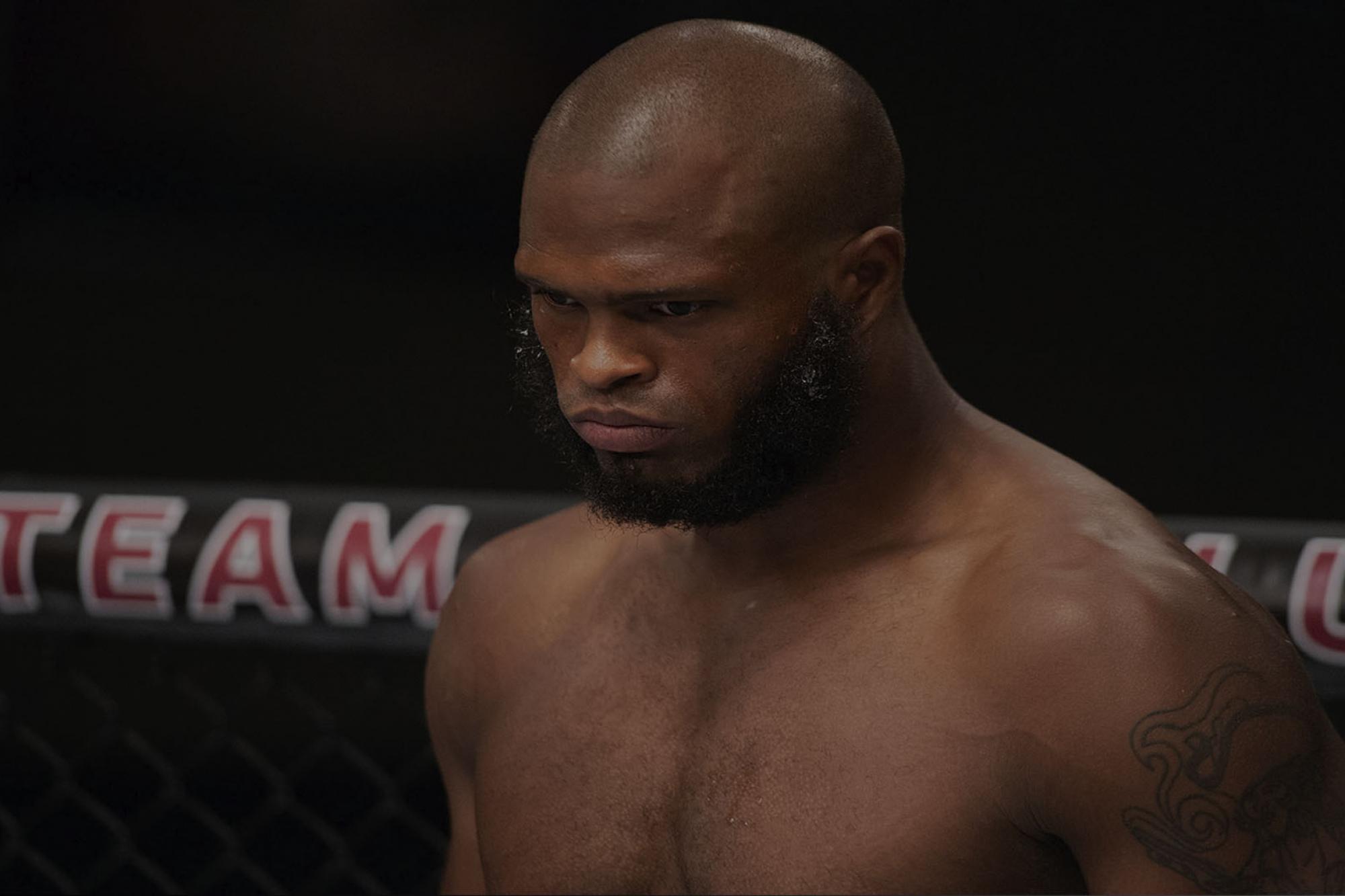 The most anticipated showdown yet goes down tonight in all-new The Ultimate Fighter
By Damon Martin • Nov. 21, 2018

With only two fights remaining this season, the heavyweights are up to bat again this week in the most anticipated showdown of the season.

Last week saw Pannie Kianzad punch her ticket to the live finale on Nov. 30 as she joins fellow Team Gastelum fighter Justin Frazier in the finals for the season. Frazier's opponent will be determined this week as his teammate Maurice Greene looks to follow up his devastating knockout win to start the season when he takes on Team Whittaker's Juan Espino in a grudge match.

Greene has been a focal point for much of this season, but for all the wrong reasons.

Following his stunning knockout over Przemysław Mysiala in the first fight of the season, Greene has been caught up in all sorts of drama. The majority of the problems Greene has gone through this season have been self-inflicted, as he started to celebrate his initial victory with a few drinks and the alcohol hasn't stopped flowing since.

One particular altercation featuring Greene's erratic behavior had fellow Team Gastelum fighter Marciea Allen ready to leave the show because she no longer felt comfortable around him in the house. Cooler heads eventually prevailed in that situation and Allen decided to stay as Greene promised to clean up his act.

Still, Greene has been a disturbance to many of his housemates this season with his late night antics and then getting into arguments with several other fighters.

Greene had a beef with Team Whittaker heavyweight Anderson da Silva, who was mocking him at home after they had previously clashed in a kickboxing match outside of The Ultimate Fighter. On that night, da Silva got the better of Greene and he was all too happy to remind him of that fact during one particularly heated exchange.

The other incident involved a longstanding grudge that Greene had against Espino after they became friendly during the initial introduction to the show but then seemingly stopped talking after they were selected on to different teams. Greene was seen shouting and taunting Espino while he was attempting to meditate just hours before his first fight of the season.

Greene eventually apologized, but there's no doubt that his actions left an impression on Espino as they prepare to face off in the last heavyweight semifinal this week.

Despite his behavior all season long, Greene has managed to continuously put in the work in the gym as he looks to back up all his trash talk by winning his fight and moving on to the finals, where he would be forced to face one of his teammates in Frazier.

Even head coach Kelvin Gastelum has praised Greene's hard work and dedication, which is part of the reason why he's been so befuddled by some of the bad decisions the heavyweight knockout artist has made over the past several weeks.

Meanwhile, over on Team Whittaker, the fighters who are both left in the competition and those already eliminated have voiced some frustration over the training tactics employed by middleweight champion Robert Whittaker and his coaching staff.

When the season first began, Whittaker told his team that he saw his job as just helping the fighters stay ready to compete without overworking them or causing them to suffer injuries as a result of an arduous training system. Having gone through The Ultimate Fighter, Whittaker knows all too well the horror stories of fighters attempting to reinvent the wheel while on the show or perhaps being pushed to the breaking point in training and then having nothing left when it comes time to fight.

That's why Whittaker employed a different strategy this season to keep his fighters in good shape while also making sure they were healthy and ready for the competition ahead.

TUF BLOG: Get an inside look into TUF with Maurice Greene

Unfortunately, Whittaker's philosophy has clashed with a few of the fighters on the show, including women’s featherweight contender Leah Letson, who has not felt at home on the team all season long. In addition to being the only American on the squad, with a language barrier that has haunted her in some training sessions, Letson has struggled to push herself at a pace that she truly believes will get her ready to make it to the finals.

It appeared things turned around for Letson a few weeks back when she was able to get her preparation on point ahead of winning to get into the semifinals.

Sadly, it appears that was short-lived harmony as Letson and some of the other fighters from Team Whittaker will once again be on the verge of revolt while trying to get the right kind of training before the season ends. This will ultimately lead to a head-on collision with Whittaker and his coaching staff in the upcoming episode.

The focus will also shift away from the fighters this week, with the coaches finally getting into the spotlight. That's right, it's time for the coaches challenge as Whittaker and Gastelum will face off in a competition on the show before they actually clash inside the Octagon at UFC 234 in February.

UFC President Dana White has often said this is his favorite part of every season and let’s just say this latest coaches challenge is going to get ugly when you add a pair of middleweights, 106-degree Las Vegas heat and the required endurance to get through this obstacle.

From there, it's time for the fight as the second heavyweight finalist will be determined.

On paper, this appears to be the classic “striker versus grappler” showdown pitting Greene's incredible power on the feet against Espino and his wrestling attack on the ground.

Perhaps the biggest key to remember in this fight — or any heavyweight fight for that matter — is that one shot can change everything. One good punch landed from Greene on Espino while he's attempting a takedown could stop the Spanish fighter from even attempting to wrestle again.

Then again, Espino could potentially surprise Greene with a shot that could have the former kickboxer second guessing himself and ending up on the ground, which has to be the last place he wants to be in this fight.

Who will win it and join Justin Frazier in the finals? Tune in to the next episode of The Ultimate Fighter: Heavy Hitters at 10pm ET on FS1 to find out.