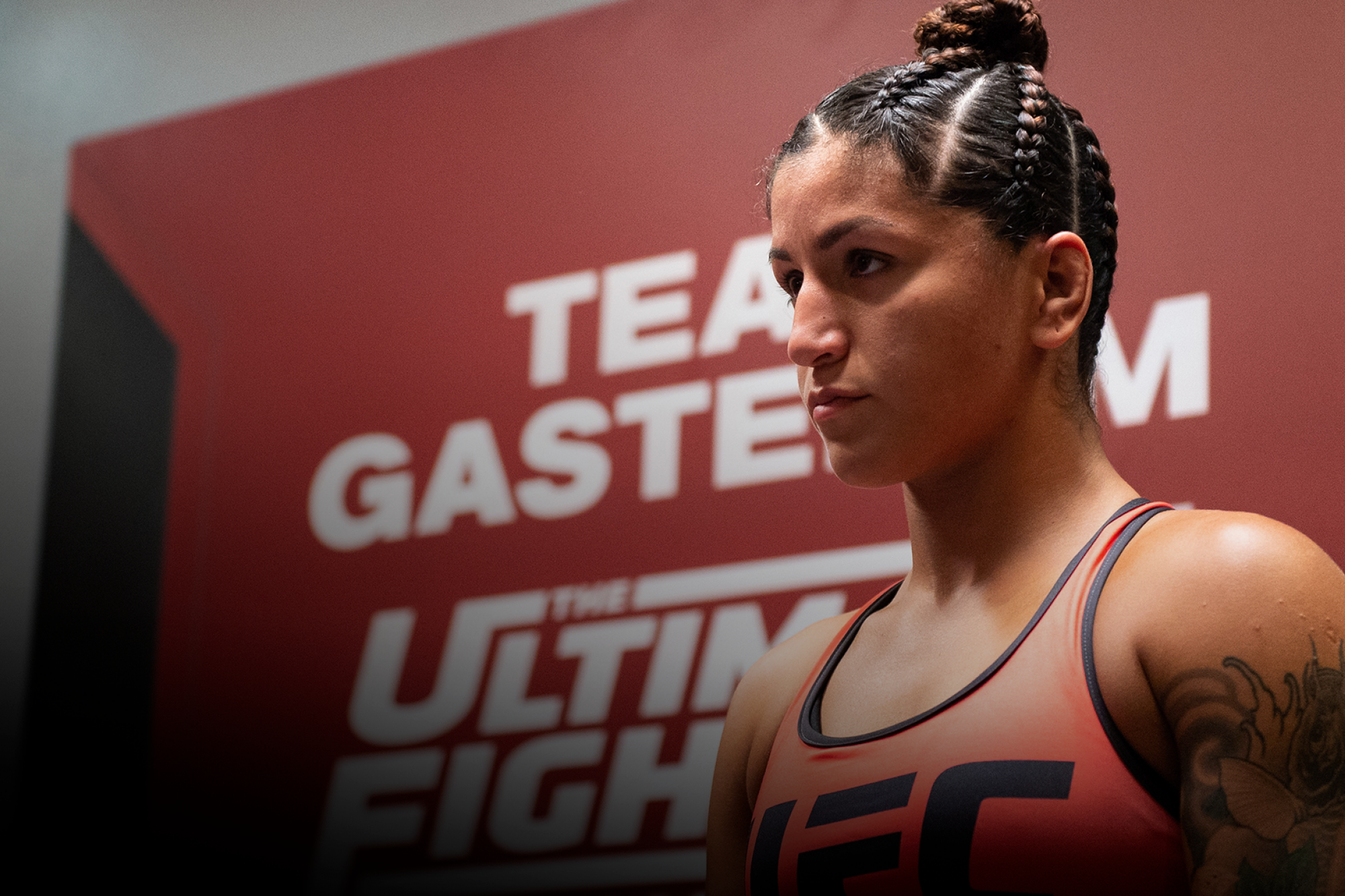 The semifinals of The Ultimate Fighter: Heavy Hitters officially got underway last week, with Team Gastelum's Justin Frazier pulling off another upset as he eliminated former Cuban Olympic wrestler Michel Batista to punch his ticket to the live finale on Nov. 30 in Las Vegas.

Frazier will have to wait another week before he finds out his next opponent, as the women's featherweight division is up this week, with Team Gastelum's Pannie Kianzad taking on Julija Stoliarenko from Team Whittaker.

Prior to the featherweights determining the first finalist, Maurice Greene will once again become a focal point of an episode after a season filled with incidents involving the heavyweight fighter.

Greene came to the show with high expectations and lived up to his billing with a stunning first-round knockout in the opening round to punch his ticket to the semifinals. Unfortunately, Greene was also the first fight of the season, which meant he was going to have a lot of down time to deal with following that performance and his next matchup against Juan Espino in the semifinals next week.

Greene has largely filled his time on the show with a lot of alcohol, getting into arguments with his housemates and being such a disturbance that featherweight Marciea Allen was contemplating leaving the TUF house and going home because of the distraction that he's been causing.

Time and time again, teammates and even coaches have approached Greene in an attempt to reach him and try to make him understand how everything he's doing is only going to be a detriment to his own development and chances to win this competition.

Sadly, up until now, Greene has made a lot of promises but hasn't really followed through to appease his teammates, coaches and fellow roommates. That might all change this week as Greene continues to spiral out of control, and with his fight only a week away, it might take a full blown intervention from his team and coaches to finally get him back on track.

Greene appears to be a heavyweight with a ton of potential but that could all be wasted if he's not taking his training seriously in preparation for the showdown against Espino next week.

Thanks to his drinking and bad behavior, Greene hasn't made his biggest impact inside the Octagon and that's not what he wants to be remembered for when this show is finished.
Will Greene be able to get back on track before his fight next week? We'll find out more in the latest episode.

Elsewhere this week, coaches Robert Whittaker and Kelvin Gastelum will treat their teams to a little rest and relaxation with a break from training by taking everybody to a water park in Las Vegas for some fun in the sun and then follow that up with a night out for sushi.

It's not uncommon for the coaches to help their teams unwind because several weeks spent inside the house with little reprieve outside of training can start to wear on the athletes. With only three fights left to go this season until the live finale, Whittaker and Gastelum decide now is the perfect time to give their fighters a little break from the monotony and take them out for a day away from the gym.

From here, it's all about preparation for the fight as Kianzad looks to put a second straight fighter from Team Gastelum into the finals while Stoliarenko will attempt to build on her last win to move into the finals in the women's featherweight division.

To get to the semifinals, Kianzad had to go through Katharina Lehner in a two-round battle where she earned a unanimous decision victory. It wasn't a lopsided fight, but Kianzad was able to use her superior striking to outwork Lehner over the course of the fight to get the job done.

As for Stoliarenko, she had a tougher challenge from Marciea Allen in their fight as she took a lot of punishment during the opening round and it appeared during a few moments that she may not make it to the second. Stoliarenko somehow survived the early onslaught before locking on a fight-ending armbar to get the submission and move on to the semifinal round this week.

In terms of matchup, there's little doubt the coaches are going to see this fight as the classic
“striker versus grappler” showdown.

Kianzad is well versed on the feet, with solid power but mostly a fundamentally sound striking attack with both her boxing and kickboxing. Kianzad isn't a flashy fighter, so don't expect her to uncork many spinning backfists or wheel kicks, but she knows how to stand in the pocket and exchange with her opponents while landing stinging combinations.

On the flipside, Stoliarenko is a ground specialist with a long list of victims who have succumbed to her submission skills. Stoliarenko showed in her last fight that she's also got an incredible chin, so she can take a punch if that's what it takes to get the fight into her world on the ground. On the mat, Stoliarenko isn't a one-trick pony by any means, but she will never shy away from the armbar as her strongest maneuver. Perhaps the most dangerous part about that particular submission is that Stoliarenko isn't afraid to throw it from the top or bottom, so don't expect her to feel out of place if she's working from inside her guard if the action hits the canvas.

Who will implement their game plan to win the fight and move onto the finals?

Find out when Kianzad battles Stoliarenko, with the winner becoming the first finalist in the women's featherweight division. The Ultimate Fighter: Heavy Hitters returns tonight at 10pm ET on FS1.