The first fight of the season is in the books as The Ultimate Fighter: Heavy Hitters got off to a befitting start in the debut episode.

The latest installment of the long running series features heavyweights and women's featherweights for the first time in history, with middleweight champion Robert Whittaker and top-ranked contender Kelvin Gastelum on board as coaches.

Like many seasons of the past, Whittaker and Gastelum wasted no time after being introduced to the fighters to separate the groups and begin their own personal evaluations.

Each fighter had their own methods to suss out the talent, with Whittaker keeping everything light without much contact while Gastelum put the athletes through a series of drills that incorporated striking, wrestling and submissions.

It was a chance for everybody to impress the coaches ahead of the team selections, when UFC President Dana White made his first appearance of the season. Following a coin toss that Gastelum won, the season 17 winner opted to pick the first fight, which meant Whittaker was able to select the first fighter.

Here's how the team selections broke down this season: 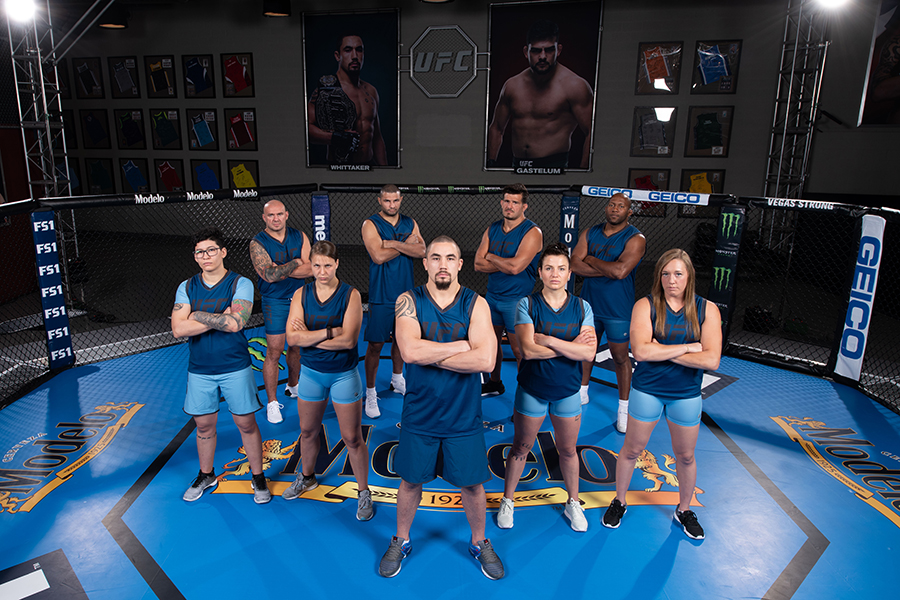 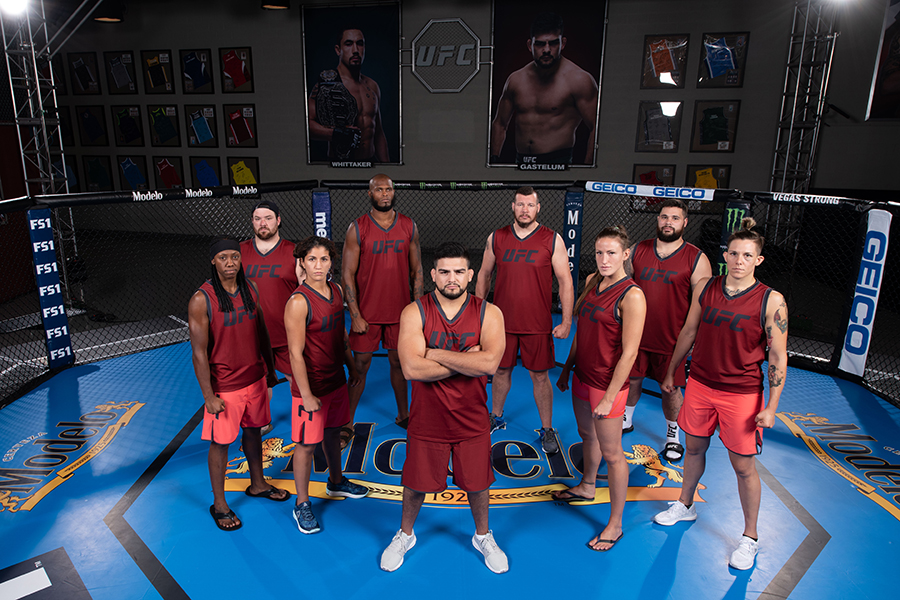 With the fighters separated into teams, Gastelum picked the first fight of the season as he matched up Maurice Greene against the athlete with the hardest name to pronounce in the entire competition — Przemyslaw Mysiala, who is better known by his nickname “PM.'”

Once the fight was made and the athletes checked out the house for the first time, it was time for training to begin.

Gastelum definitely led a hard practice while combining the men and women to work together during their training sessions. The way Gastelum saw it, he didn't want the fighters to feel separated from each other, which could then lead to cliques forming throughout the house. Instead, Gastelum had the women's featherweights sparring with the heavyweights with benefits being paid for both.

As for Whittaker, he had a much different approach as he told his team on the very first day that he's not looking to teach them much or try to reinvent them as fighters. Instead, Whittaker says he's looking at this season as one long fight week where the athletes are just staying healthy and ready for competition. His goal is to keep them ready rather than trying to teach them a slew of new techniques over the next six weeks.

The first order of business was getting PM ready for his throwdown with Greene while dealing with a massive size disadvantage. While PM is no slouch when it comes to the heavyweights in the competition, Greene is a huge fighter with a long reach and a ton of weight behind everything he throws.

That size difference forced Whittaker and his coaching staff to do everything possible to get PM ready to close the distance without taking too much damage.

On the flipside, Gastelum was preparing Greene to do almost the exact opposite by taking advantage of his size and power to overwhelm PM during this fight. Greene knew his striking was on point but he also understood that his wrestling wasn't all that strong, so he wanted to stay away from the ground game against an experienced grappler like PM.

When it came to experience, PM definitely had the edge there, but Greene had just been waiting for an opportunity to finally pursue his fighting career full-time after working a day job and then raising a family in recent months. Now with his only focus on fighting, Greene feels like this opportunity will be the perfect time for him to shine.

It all led to the fight, where Greene took on PM in the first heavyweight matchup of the season. 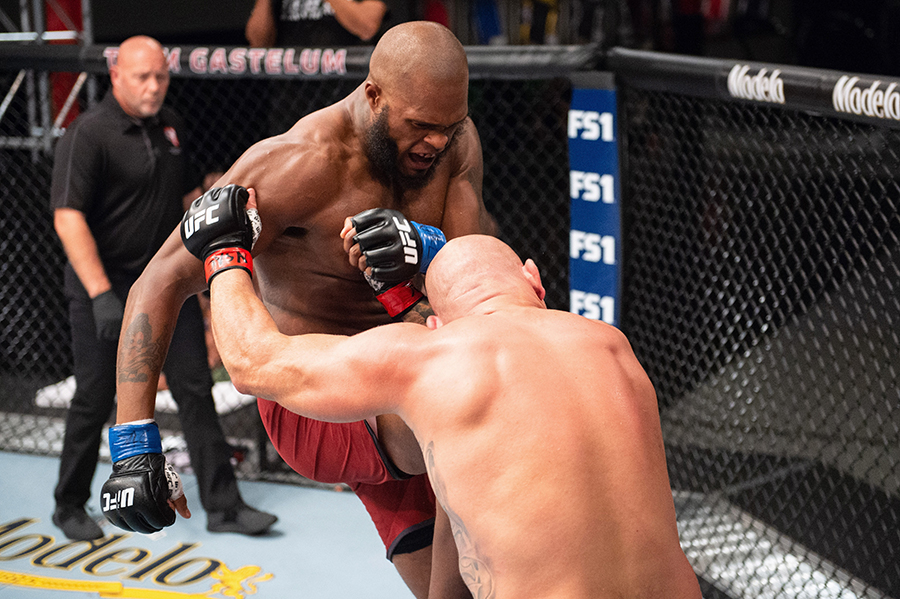 Greene is quick to take the center of the Octagon as he begins pressuring forward. Greene eventually punches his way into a clinch with Mysiala against the cage as they exchange strikes. Mysiala is eventually able to break free of the clinch and work his way out of the position against the cage. Once they reset in the center, Greene continues to use his long jab to set up his power punches and he is really able to use his size to bully Mysiala around the Octagon. Greene catches Mysiala coming in during an exchange and he wobbles the Polish heavyweight. Greene is quick to pounce on him with a jumping knee and a flurry of strikes as they fall to the ground off a failed takedown attempt. Mysiala is able to survive and scramble his way back to the feet. Greene is still landing with much more power and accuracy on the feet. Greene lands a nasty front kick right in the mush as Mysiala is forced to reset yet again as he tries to survive the onslaught of punishment he's receiving. Greene blasts Mysiala with a huge knee strike from the clinch again that rocks him and puts him down. Greene tries to get the finish from there as he hammers away at Mysiala, but the referee is giving him every chance to recover. Mysiala finally works his way back up and Greene unleashes a hellacious right uppercut that flattens his opponent to get the knockout.

"My plan for this fight was to stay on the outside. He is a lot shorter than me and he has some good grappling and wrestling, so I just wanted to use my range and my reach," Greene explained following the win. "No matter who my opponent is next I know we will have a good game plan, but every fight in this house is a tough fight."

With Team Gastelum getting the first win of the season, it was time for the women's featherweights to get into the Octagon.

For the second fight of the season, Gastelum selected Pannie Kianzad to face off with Katharina Lehner next week.

Who will get the win when the women's featherweights clash for the first time? Tune in to The Ultimate Fighter: Heavy Hitters next Wednesday night at 10 pm ET on FS1 to find out.