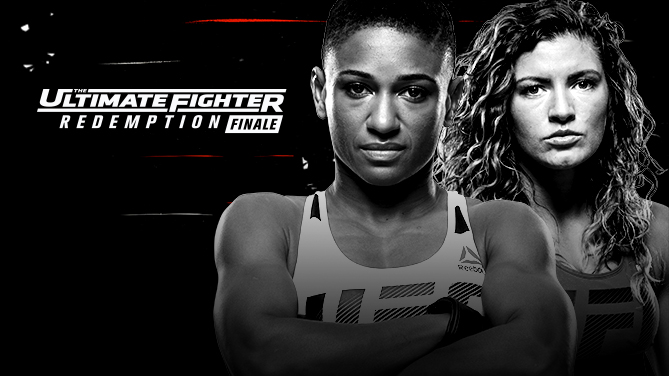 The night before UFC 213 takes place in Las Vegas, T-Mobile Arena will be host to The Ultimate Fighter: Redemption Finale on July 7, and four fights were added to the International Fight Week card today.

Former Invicta FC champion Angela Hill will look to follow up her Fight of the Night battle against Jessica Andrade with a big win when she takes on Ashley Yoder in a strawweight bout.

Middleweight veterans Ed Herman and CB Dollaway will meet for the first time in what promises to be an intriguing clash of fighters looking to crash the top 15 at 185 pounds.

Bantamweight standout Jessica Eye will make her long-awaited return to the Octagon to face Aspen Ladd, and in a light heavyweight matchup, Marcel Fortuna squares off with Jordan Johnson.