The stars of FX' hit show Sons of Anarchy are often spotted in the crowds of UFC events; on Saturday night, UFC stars got to be the fans at the SoA premiere screening at Westwood Village.

"Just saw the premiere of Sons of Anarchy and it is SICK!!!" tweeted U 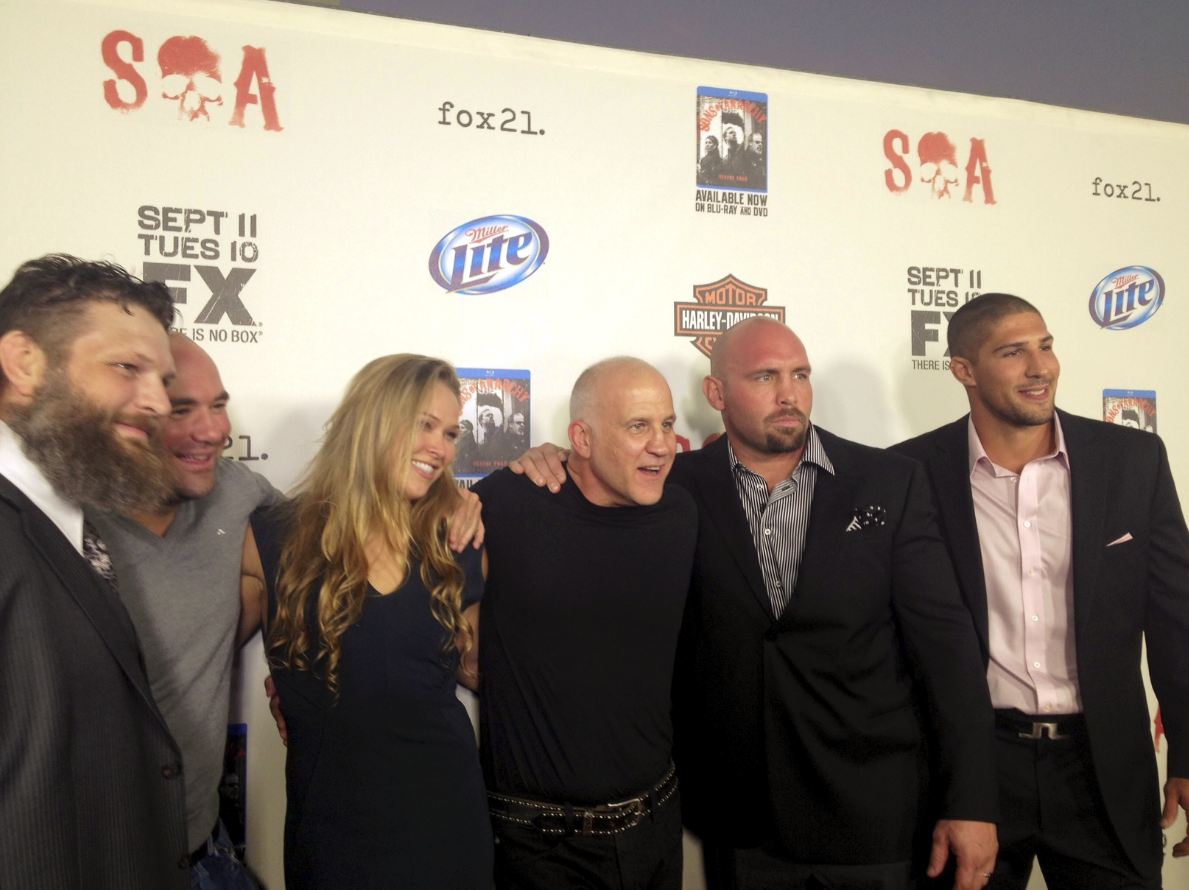 Shane Carwin and Roy Nelson, who have spent the last few months coaching opposing teams on season 16 of The Ultimate Fighter, made nice and suited up for the event.