Read on to find out who won the final TUF Brazil 3 middleweight match.

The focus of this week’s episode immediately centers around the fight between Marmota and Warlley. The final middleweight match in the quarterfinal round, Chael Sonnen places a trust in Warlley that we havent seen in previous fights this season. He boldly states that, “If Marmota beats Warlley, I’ll call Dana White and tell him to sign this guy.” The American Gangster is never short on confidence, but he seems especially secure in Warlley’s ability to keep Team Sonnen’s winning streak going.

We then learn a little bit more about each fighter. Marmota has very humble roots, and talks about how he often went hungry as a child. He was adopted at the age of 7, but lost his mother at the age of 14. Other fighters often talk about the support they receive from their family, but not Marmota. He says that no one in his life back up his decision to fight and he did it all on his own. This has molded his style and he fights, “like there’s no tomorrow.”

Warlley’s path to MMA began early on in life. Only 23 years old, he mentions that he was expelled from three different schools for fighting. He may have gotten into fights on the playground, but Warlley has another disagreement to handle at the TUF house. The other members of Team Sonnen are sitting outside and try to talk to him about his attitude on the training mat. They like him personally, but find him far too arrogant and don’t appreciate the way he talks to them during practice. If you assumed that Warlley heard their concerns and responded in a measured way...you’d be wrong. He doesn’t understand what they’re talking about and flat out says, “I won’t change.”

After the not so successful intervention, Chael and Wanderlei get physical. Don’t worry, it’s not 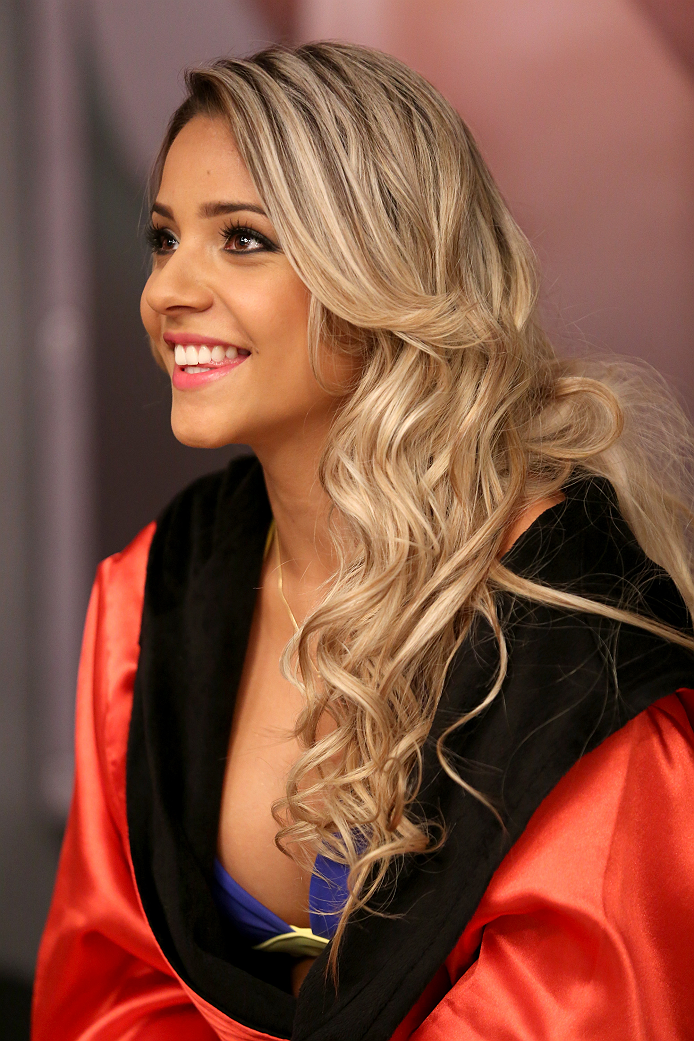 another altercation, it’s this season’s coaches challenge. With the World Cup taking place in Brazil this summer, the challenge is soccer themed. After navigating a number of agility and soccer ball handling drills, each coach must score a goal. The first person to complete the course three times wins. The two start off close, but Wanderlei struggles with the ball handling drill. Chael takes the lead from that point and never relinquishes it. He wins the challenge along with 75,000 Reals (about $33,000). Team Sonnen hasn’t won many games this season, but as Bomba puts it, “Thank God we won the most important game -- the money game.” Wanderlei takes a little grief for losing to an American in a soccer challenge, but he’s not worried. He promises he’ll win the fight. Unlike Bomba, that’s the only game that matters to him.

After a hard day of training both teams come back to the house and discover a rack of Hawaiian shirts in the middle of the living room. They’re treated to a luau themed party with all the remaining women competing to be the next Octagon girl. There’s food, music and (most importantly) tiki drinks. As one can imagine, the cocktails lead to the classic adult party game “Truth or Dare.” There are even dares that lead to a couple of the fighters to kiss some of the girls ON THE LIPS! Good thing they air this season on the internet, because who knows if the FCC would approve such actions.

The next day Chael Sonnen stops by with the rest of the coaching staff to check on Warlley’s weight. It’s there that we learn that Peregrino in addition to being the comedian of the house is also quite the cook. Chael is surprised by Peregrino’s many traits while Warlley just calls him a “weird dude.” Enough about the multi-faceted nature of our favorite pilgrim, it’s fight time! 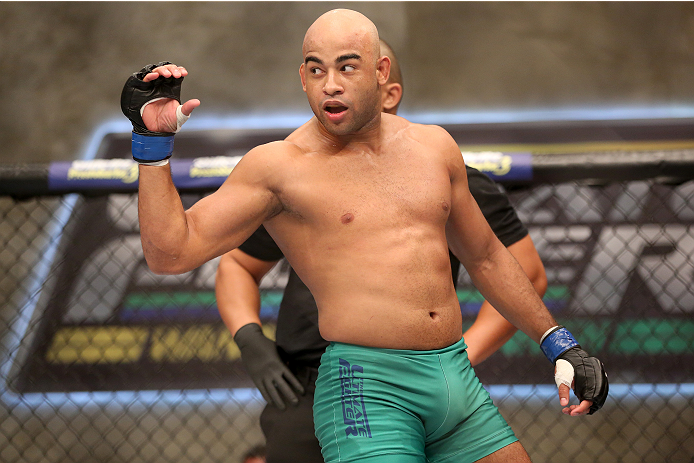 Warlley opens the round with some hard kicks. Marmota answers back and throws an overhand that narrowly misses. Marmota closes the distance with a flurry and the two grapple against the fence. Warlley slowly fights for position and locks up a full clinch. He throws a devastating head knee that rocks Marmota. Visibly stunned, Marmota tries to recover, but two more knees to the face force the referee to jump in and stop the action at the 3:38 mark of the first round. Team Sonnen keeps their win streak and Warlley just might have earned the knockout of the season.

Warlley celebrates, Marmota says, “Today wasn’t my day,” and Chael Sonnen’s prediction proves true. We wrap up with a sneak peek into next week’s episode. Can Team Sonnen’s streak continue? Does Jollyson bring momentum back to Team Silva? What will be the first semifinal matchup? Find out this and more next week on The Ultimate Fighter Brazil!